We are proud to be the launch partner for Vulcan Advanced Logic Pickleball equipment.

With over 25 years of sporting goods design and manufacturing experience, the team at Vulcan Pickleball are serious about product design, manufacturing technology, and player satisfaction. While Vulcan only entered pickleball in 2019, they have built their business upon successful product offerings in tennis and baseball. Their founder (Vince Signorelli) got bit by the Pickleball bug, and decided to focus his company on building world-class paddles. He and his team worked tirelessly to develop a line of paddles that he felt played great for him and his fellow pickleball community members. As an actual player who is serious about the game, his standards for a paddle were high. Months and months of hard work paid off with the launch of the Vulcan V Series paddles, and the creation of Vulcan Advanced Logic Pickleball.

Vulcan's commitment isn't only in terms or product. They have also made a serious commitment to pickleball expressed most recently by the creation of Team Vulcan. Find out what top rated pro players like Jocelyn "Jay" Devilliers, Tyler Loong, and Corrine Carr have learned - that Vulcan makes great pickleball paddles! Learn more about Team Vulcan and their players... Team Vulcan is comprised of several of the top players in the sport including (pictured, left to right) Tyler Loong, Alex Hamner, Jay Devilliers, Corrine Carr, and Daniel De La Rosa. Vulcan Pickleball is player focused in their design, and in their performance. 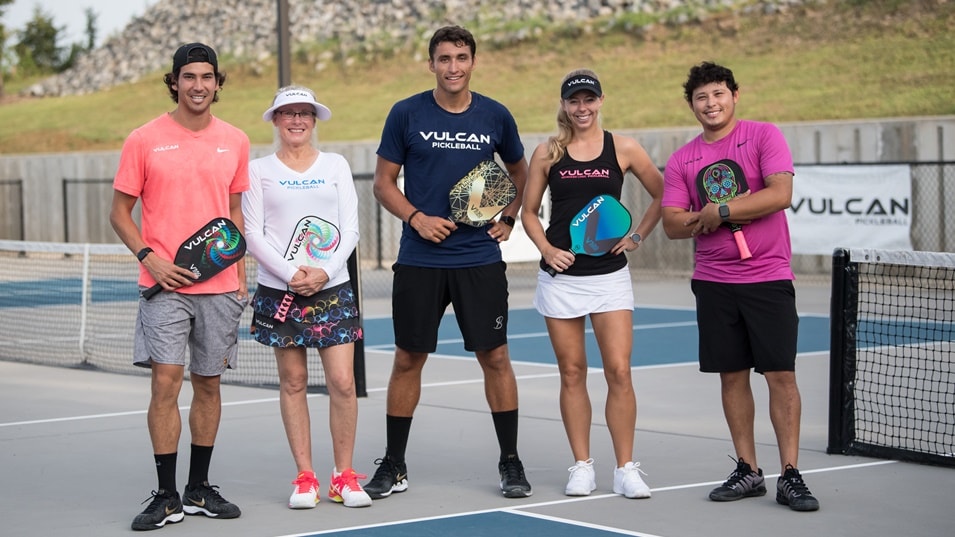