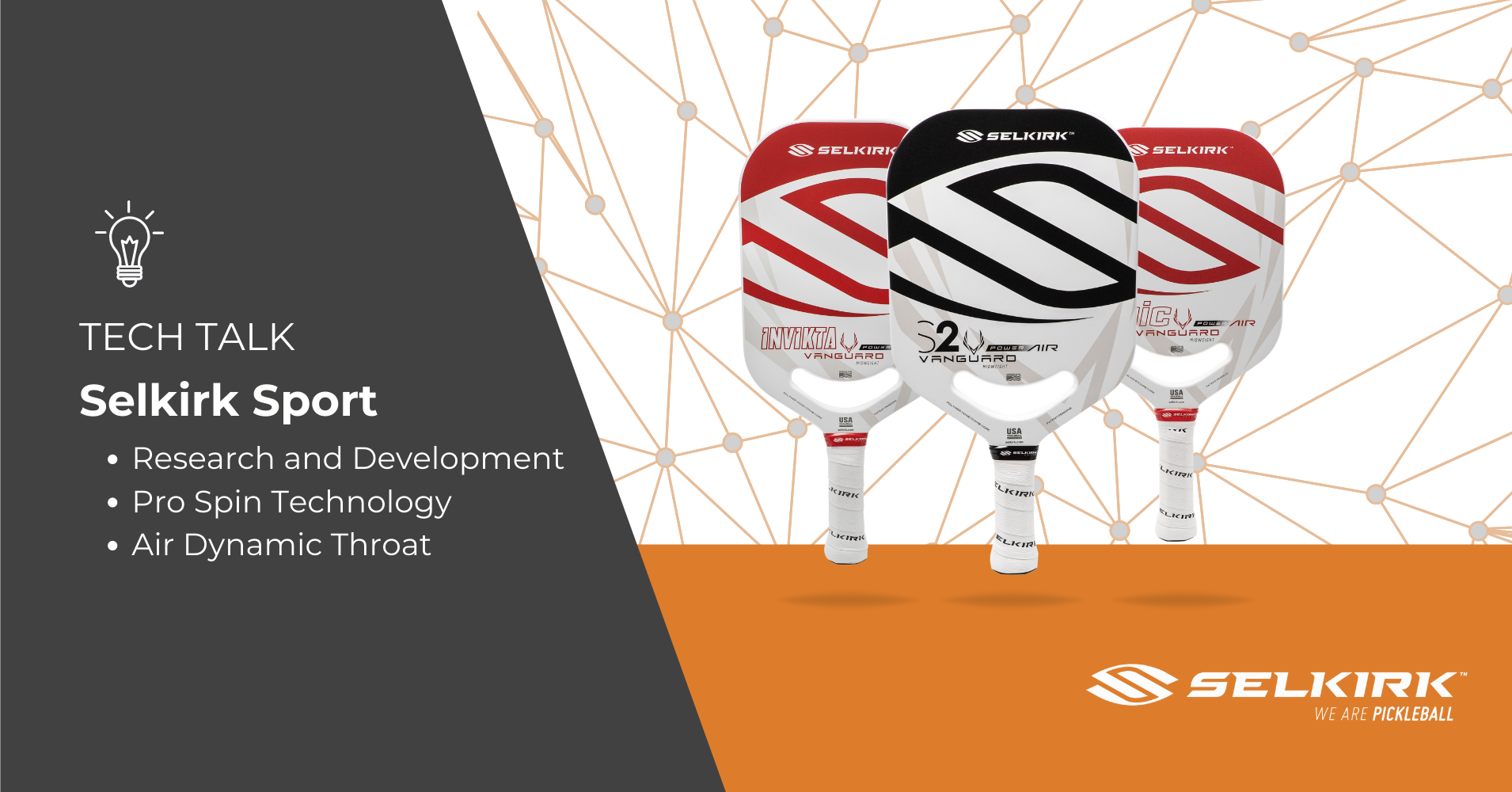 As professional pickleball has grown increasingly focused on power and spin over the past two years, the larger community discovered the benefits as well. Leading the way for innovation and pushing to the next level is Selkirk Sport. Their new VANGUARD Power Air paddle series, a culmination of over two years of research and development designed in partnership with top pickleball pros such as Tyson McGuffin, addresses the need for both power and spin. We sat down with Selkirk Sport to ask them more about their innovative new paddles. 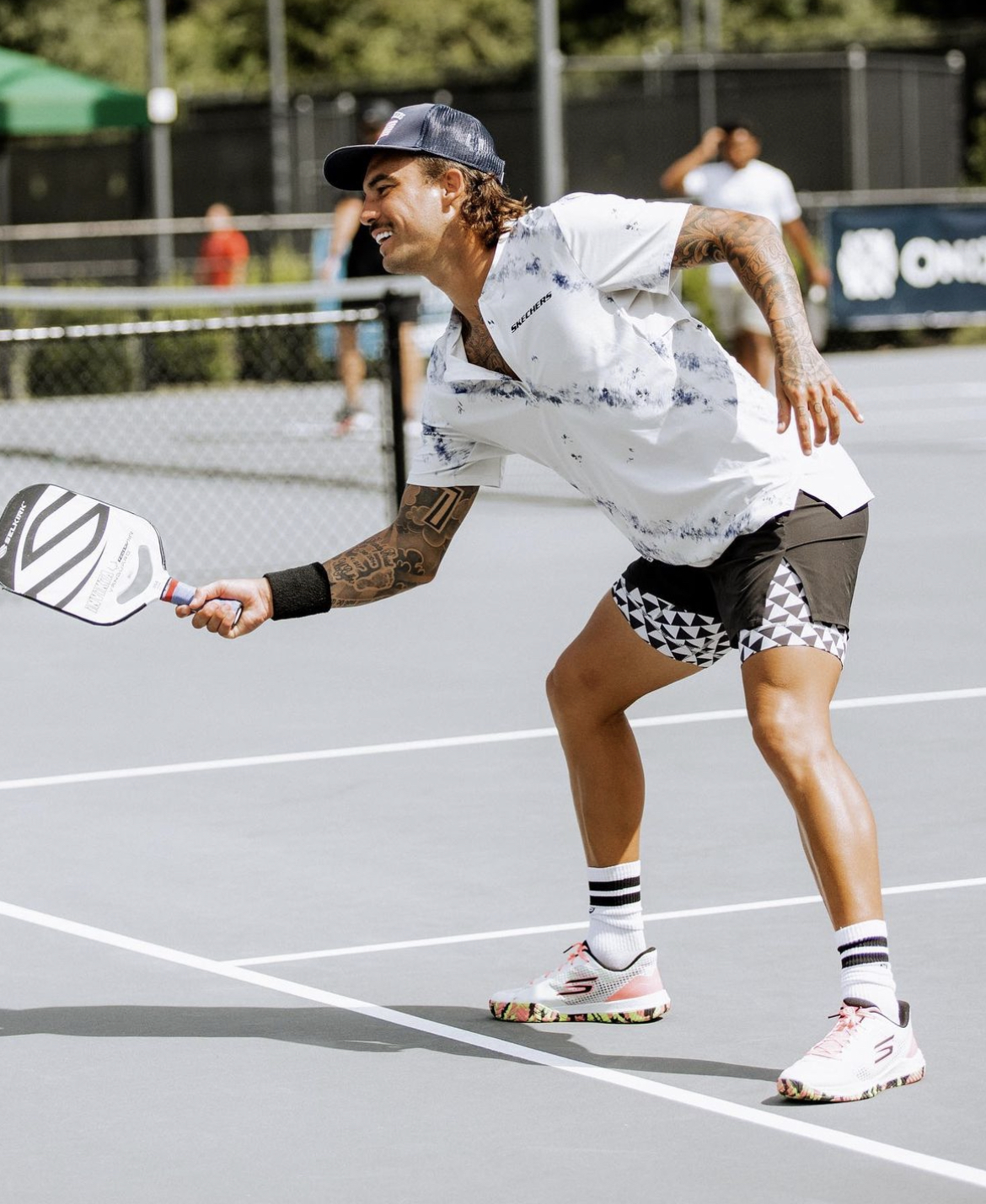 What were the biggest surprises in the feedback from the 002 that went into the Power Air?

The 002 had extreme power, but the most consistent feedback we received was the need for a larger

with some control. So adding control and a larger sweet spot while keeping the Power Air a true power

paddle was our primary focus. 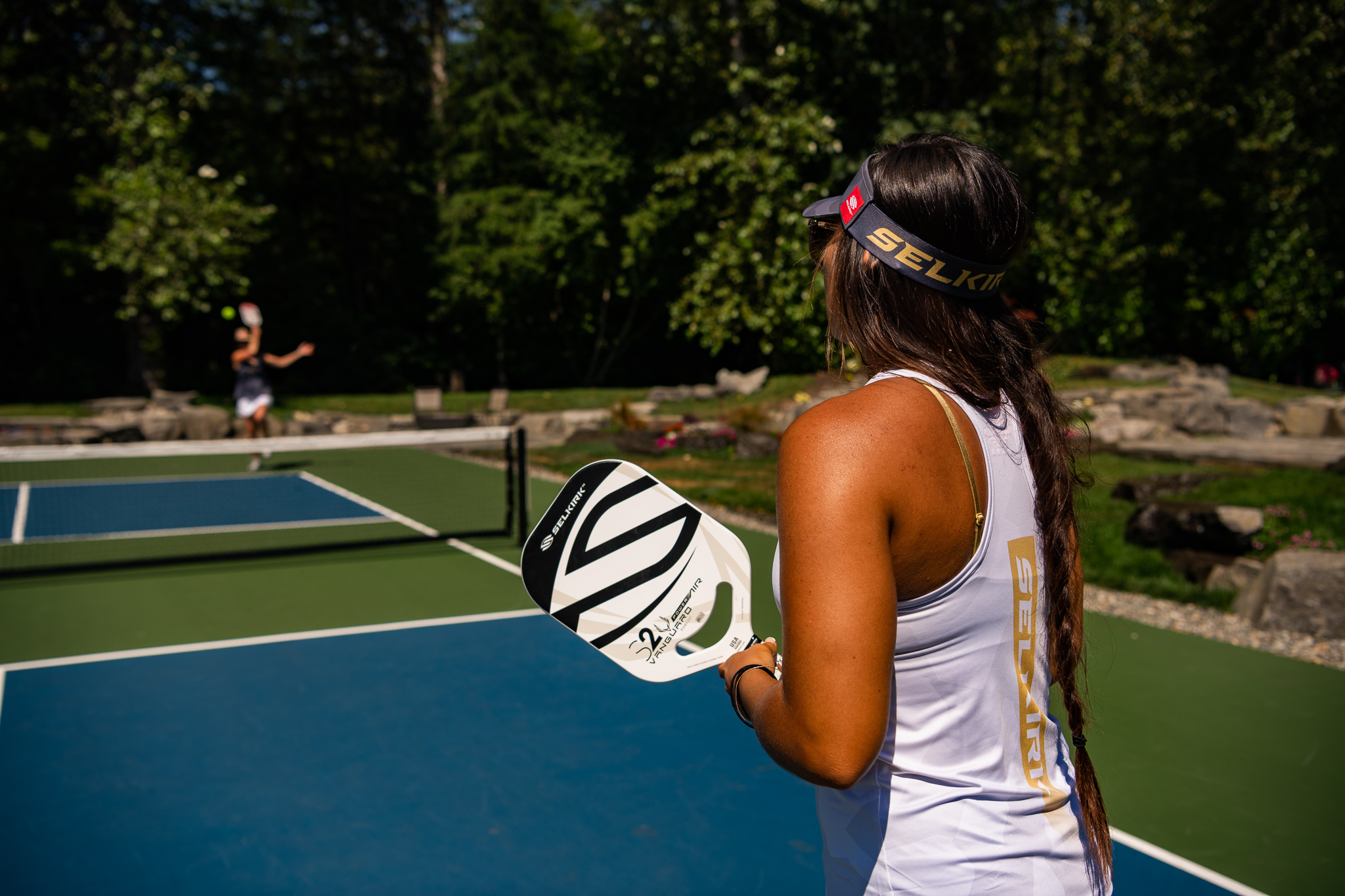 What advantage does a molded paddle have over the traditional three-piece construction?

allow you to increase power and give you a consistent feel. So we knew a single-piece constructed paddle

would be optimal for the Power Air.

What can you tell us about the texture on the Power Air paddles?

We formulated in Selkirk Labs our ProSpin+ NextGen Micro Texture. We had three goals when developing this new ProSpin+ technology:

1. Create a surface that generates more spin than any technology currently on the market.

2. Create a spin technology that is longer lasting and doesn't wear off quickly.

3. Be consistently within USA Pickleball's surface grit limit so consumers can feel confident that their paddle is approved for tournament play.

Although raw carbon fiber faces are popular right now, we discovered in Selkirk Labs they are not necessarily the

ideal technology for spin. It took time, but we were able to create a paddle that meets all three of these goals

which we believe is revolutionary. 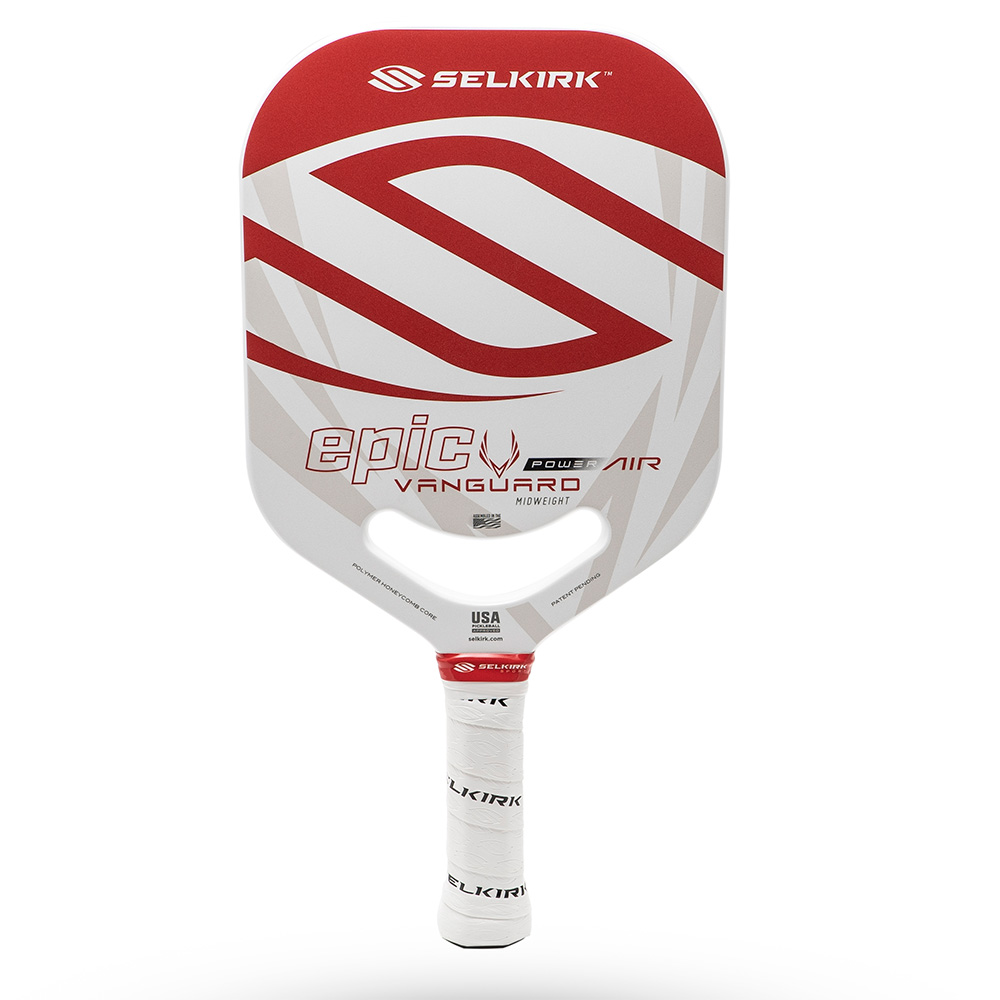 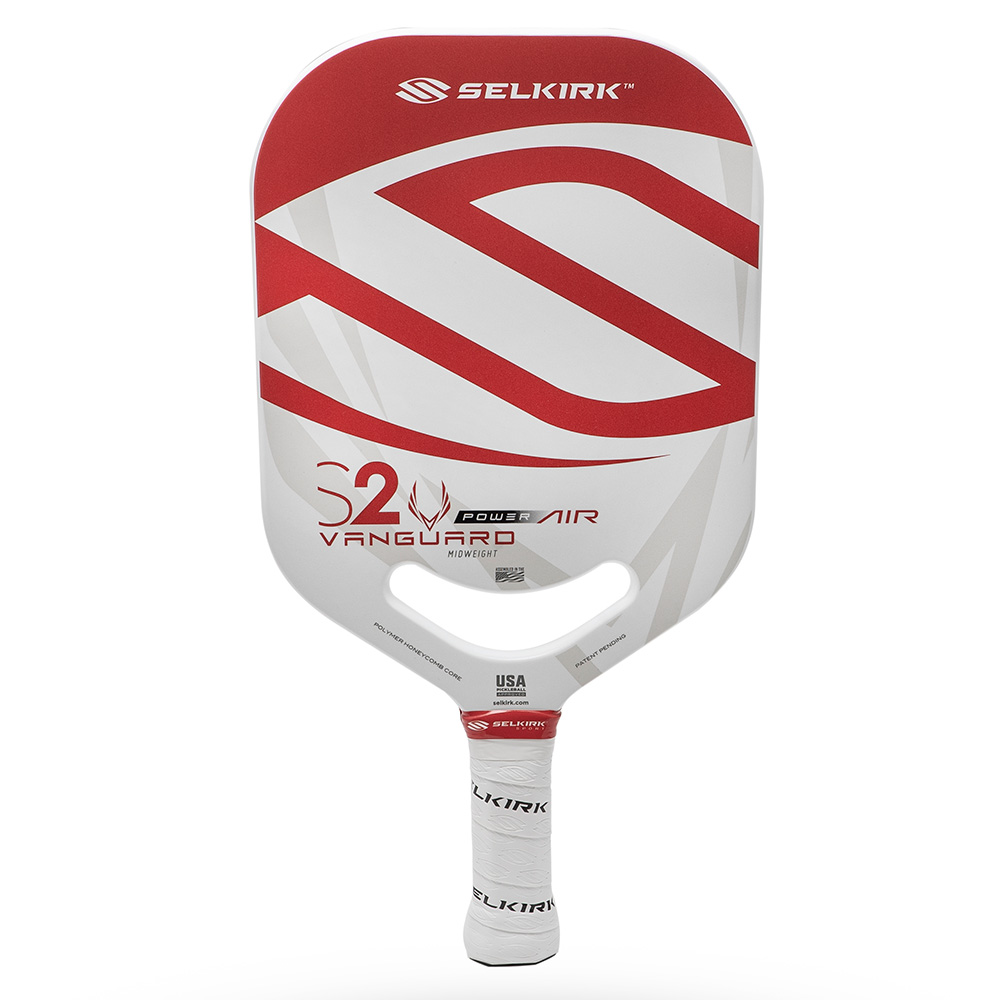 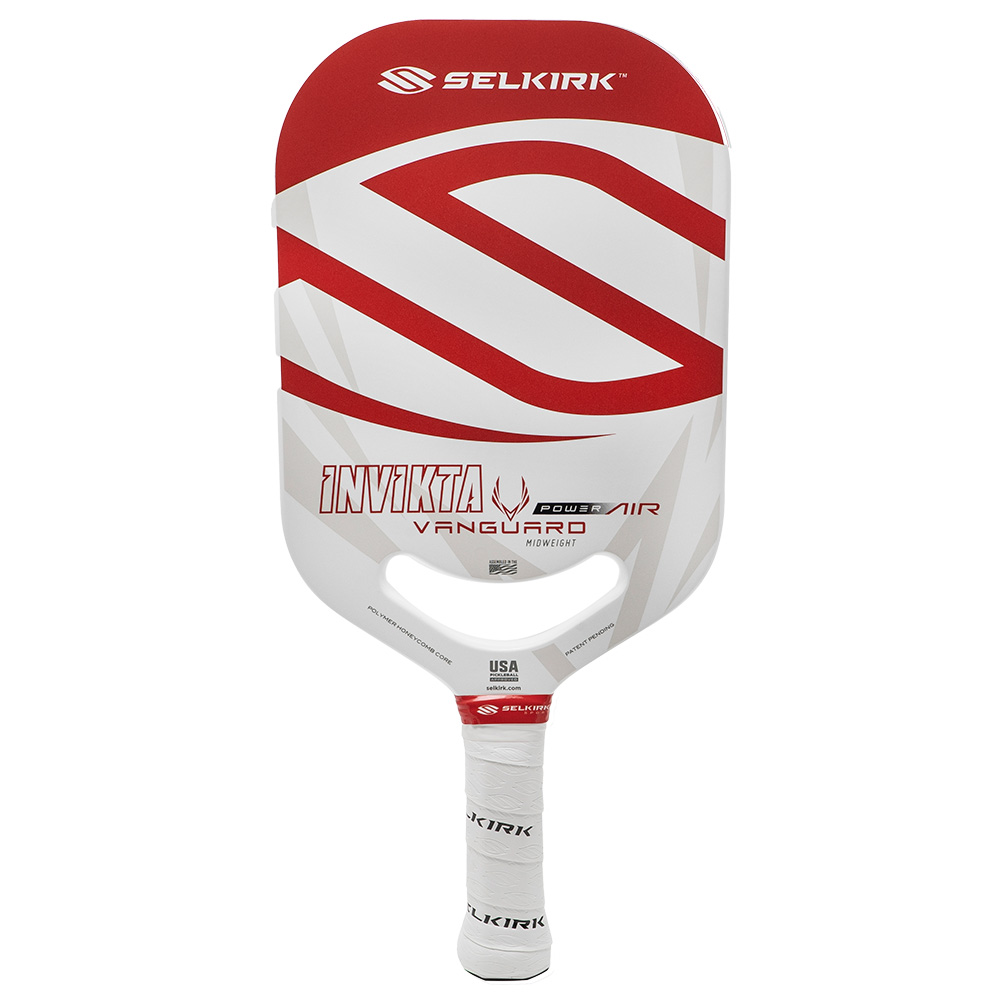 Does the vent affect maneuverability and swing speed?

We have done swing weight testing that demonstrated that the vent decreases the Power Air’s swing weight and allows for improved maneuverability. We are also going to be doing wind tunnel testing for airflow and swing speed

We have asked our players and lab members directly about this as well, and they have consistently reported

they experience increased power and swing speed with the Power Air paddles. 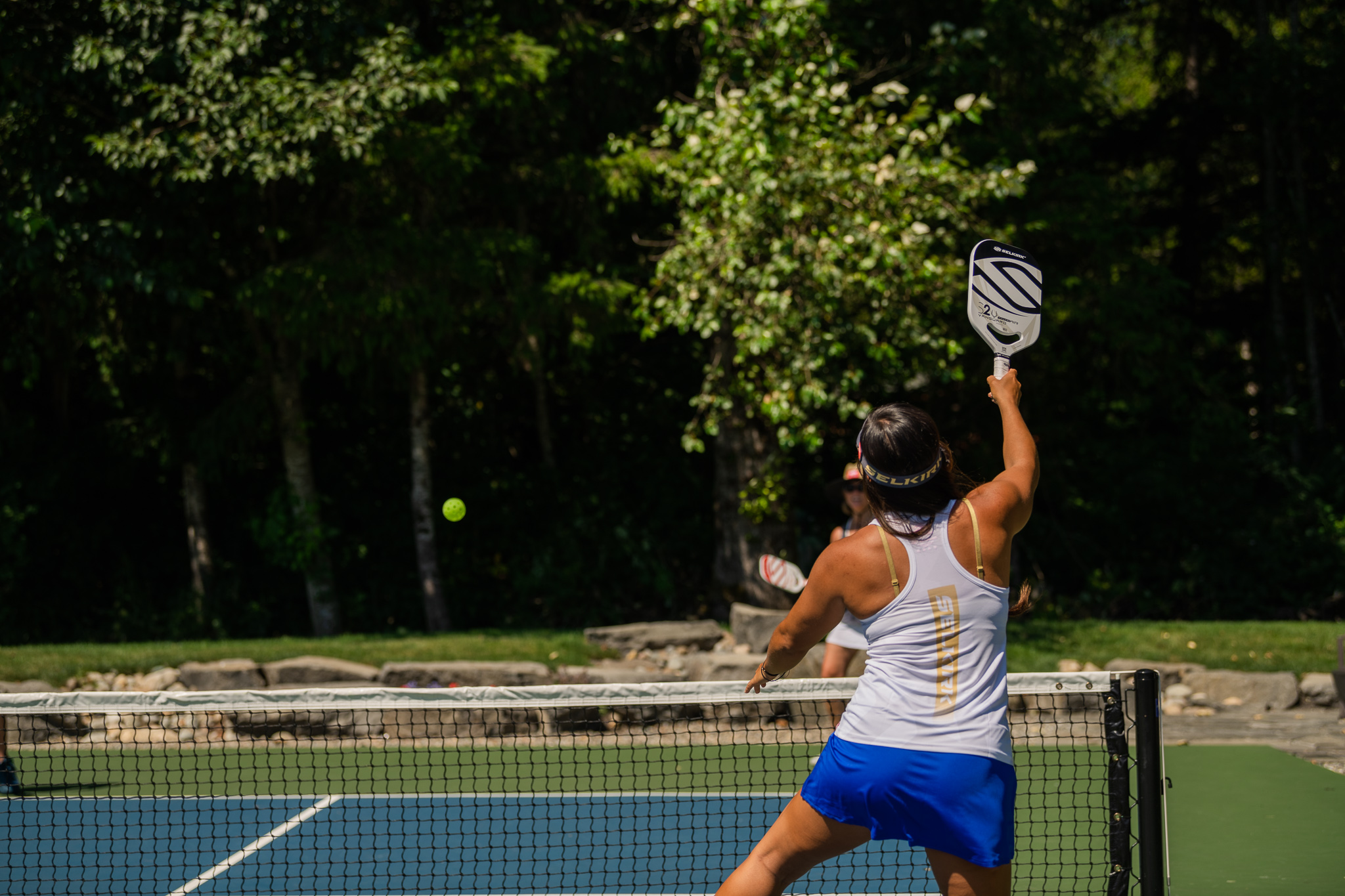 Does the hole in the paddle cause mis-hits? 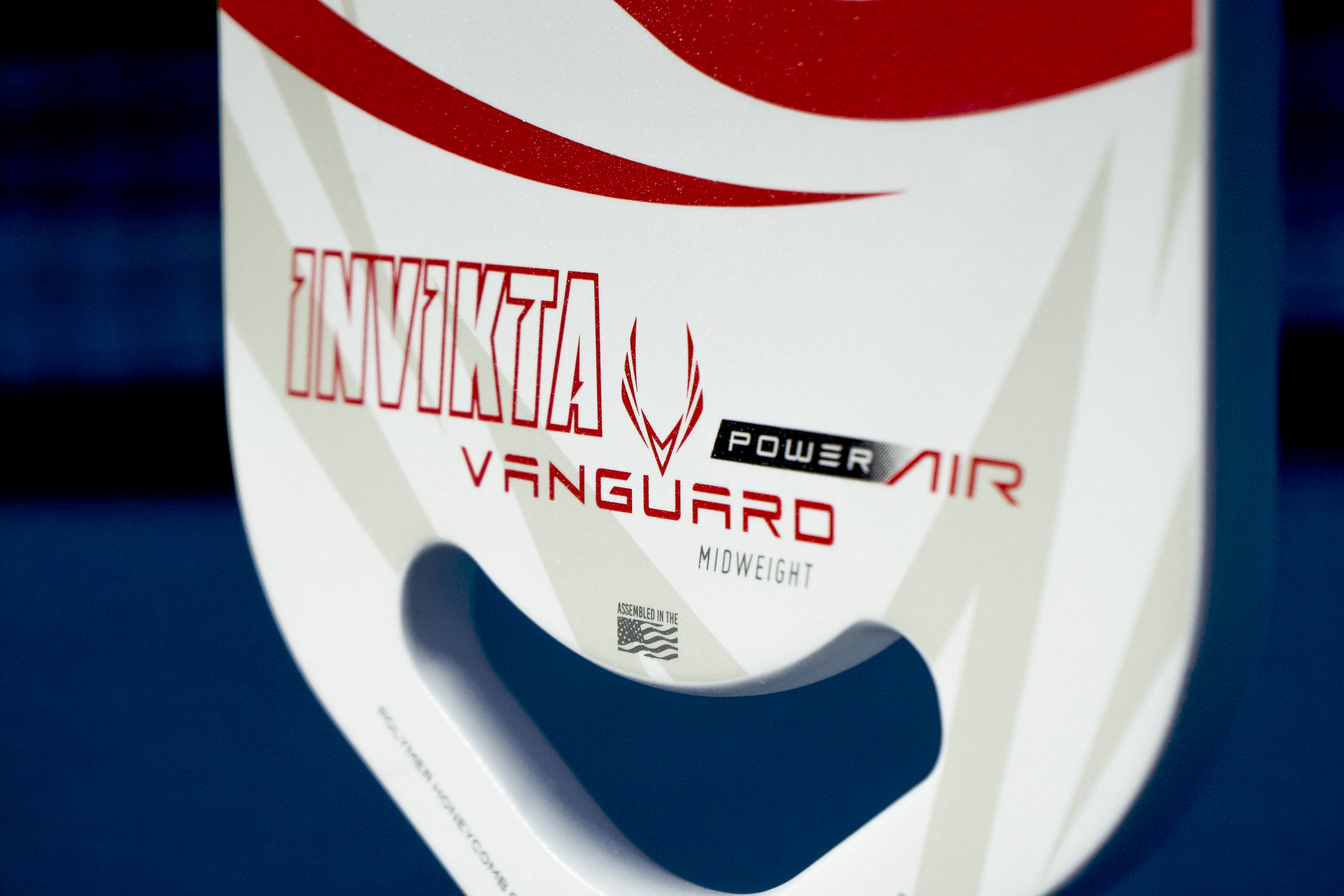 It is worth noting that striking the ball at the throat of any paddle is going to be a mis-hit, whether there is an Air Dynamic Throat or not.

What type of player would like Power Air paddles?

Power Air paddles are designed for power players and tennis players. If you have a tennis background, there is a

very high chance that the Selkirk VANGUARD Power Air will be your paddle of choice. If you are a balanced

player that wants to add power to your game, the Power Air will do that.

The biggest surprise we’ve seen from players with the Power Air is its accessibility. We have seen many

players who would not consider themselves power players really enjoy using the Power Air. Players that

normally don’t hit hard drives or spin shots can suddenly add those shots to their game which really opens up their shot selection. 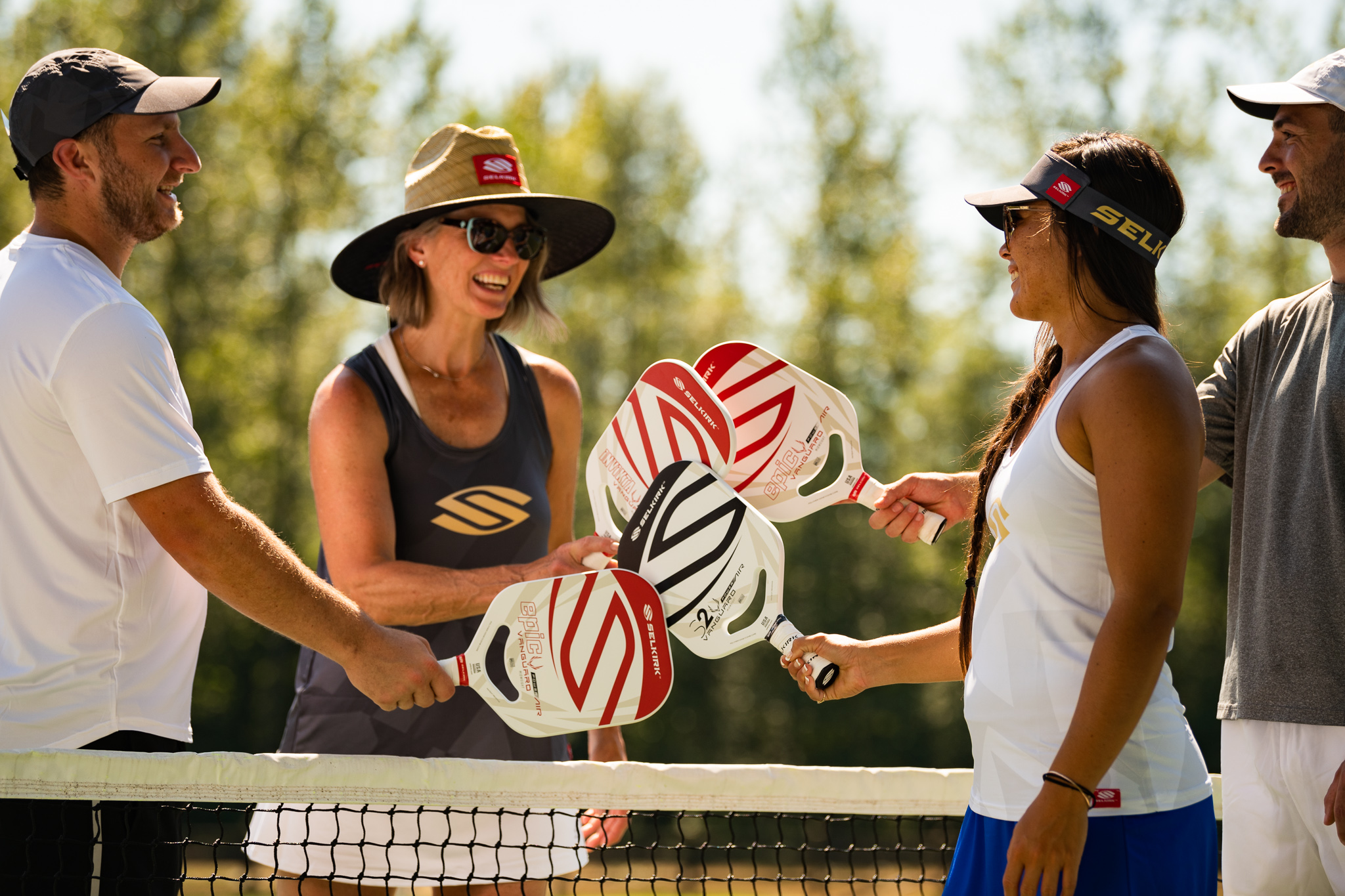 Do you have questions or would you like to learn more about a certain paddle? Call us at 1-888-854-0163 or email info@pickleballcentral.com. Nothing makes us happier than helping you find a paddle that fits your game. Buy with confidence, knowing you have a 30-day test drive to make sure it works on the courts – where it counts.