It seems like every time pickleball catches fire somewhere (woo-hoo!), there's an immediate reaction from the community about the same thing: the noise. We've done a couple posts about noise reduction and suppression in the past (here and here), but we thought we'd shed a little bit of new light on the subject as well as update some outdated information.

Acoustical fencing that has been mentioned in both previous posts, and it's a great choice for communities who have that ability. 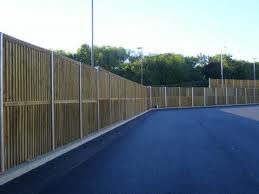 However, it can be expensive, easily pushed around by wind, unattractive and unfeasible. If you want to look into the possibility of installing this around your pickleball courts to keep in the noise, this post does a great job of highlighting an example of courts in San Tan Valley, Arizona.

There's a couple things that individual players can do to keep the noise down that they produce.

First, try using a foam practice ball rather than the standard hard plastic ball. These foam balls are typically a bit less bouncy and play differently than the average sanctioned pickleball, but they still get the job done at a much quieter decibel level! 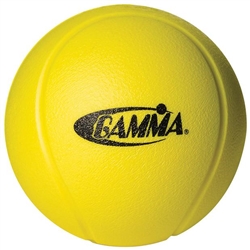 This ball is a tenth of an inch smaller in diameter than a traditional pickleball, and considerably lighter (0.71 ounces versus an average of 0.88 ounces). This makes the ball more susceptible to succumb to wind or other weather conditions. While it might be lighter, it still has a similar bounce height to a typical outdoor pickleball (31' inches). Of course, it's not USAPA-Approved but can be used for practice or recreational play! 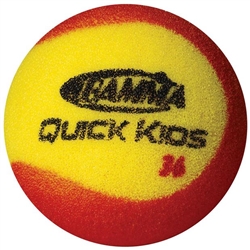 This ball is fairly similar to its sister ball above, except it has a rough surface instead of smooth. This ball was designed for teaching tennis to kids, so it is a little heavier than the previous ball as well (just under 1 ounce). It also is slightly bigger, measuring 3-1/4' in diameter. This ball has a shorter bounce than the Gamma Foam Quiet Ball, so it might be better used for drills. Again, this ball is not USAPA-Approved.

If the sound of a foam ball doesn't exactly tickle your fancy, you can try to purchase a quieter paddle. Poly-core paddles are typically a little bit quieter than their Nomex or alumimum-cored counterparts (aluminum is quieter than Nomex). Composite paddles (with a fiberglass face) are also a tad bit less noisy than graphite.

That being said, there are always exceptions to that rule of thumb. Here at PickleballCentral, we unfortunately do not have any means to measure the decibel ratings for all of the paddles we sell. Lucky for us (and you!) the Sun City Grand Pickleball Association in Sun City Grand, Arizona has measured the loudness of nearly every paddle. It is then ranked as being either in the 'Green Zone'or in the 'Red Zone'. You can see the list of paddles by clicking here.

Choosing a paddle in the Green Zone will keep your 'pickleball pinging' to a minimum, which may ease the concerns of neighbors or other unhappy people.

(If you're interested in the science behind the study, here's the PDF of the Noise Study, conducted by Acoustics Group Inc.)

It does come down to the fact that pickleball is just a bit of a noisier sport. The paddles are solid and the balls are hard! The classic 'pop' that paddles make is a beloved sound by players of the sport, and while we can take steps to minimize that sound, it will always be there.

Do you have any other tips or tricks that worked for reducing the amount of noise pickleball makes in your community?