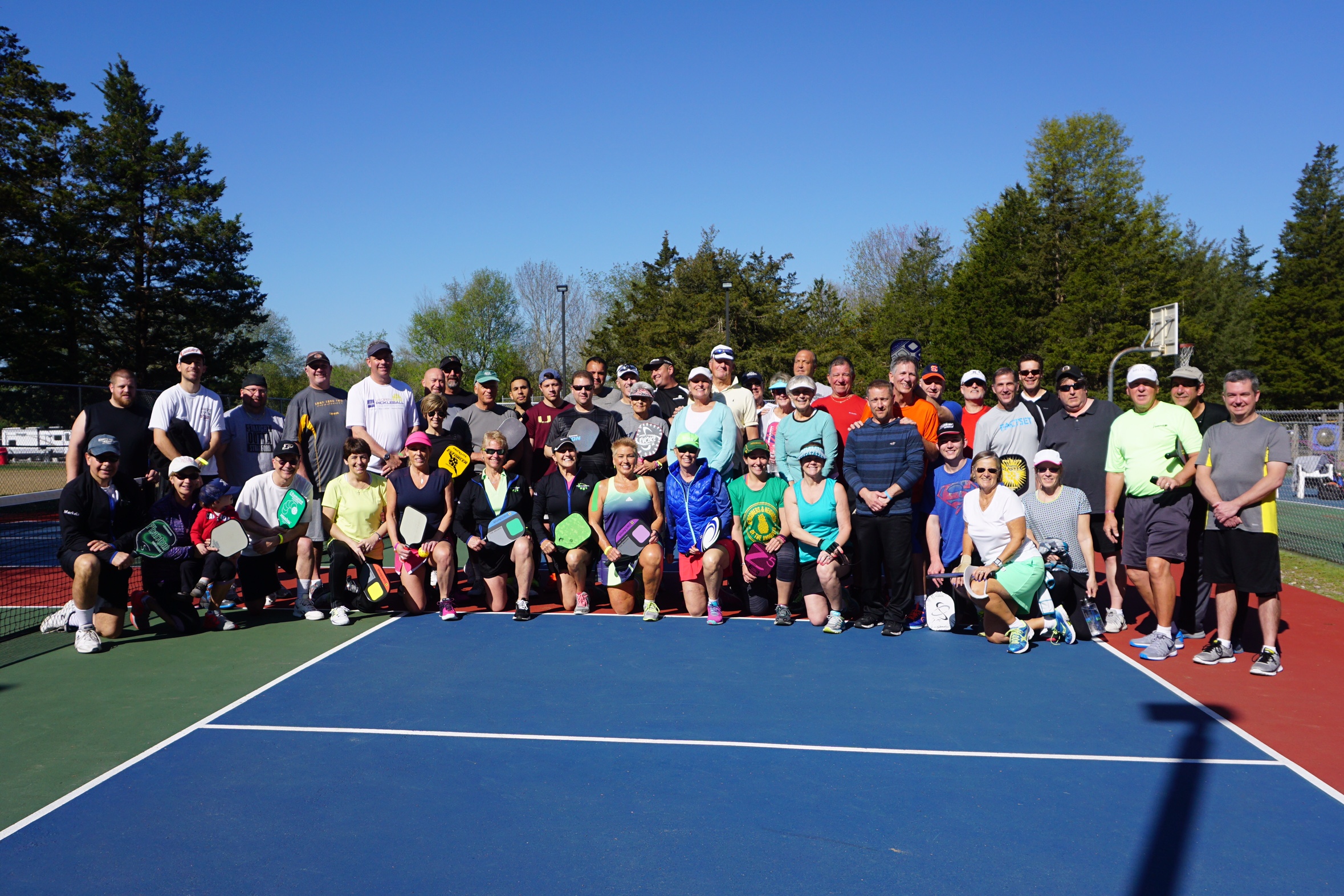 Gene Burch emailed us the other day to share the story of pickleball in Connecticut.  Enjoy!

Four years ago my wife and I introduced pickleball to some of our friends at Strawberry Park Resort Campground in Preston, Connecticut. We started playing on the basketball courts with a piece of rope for a net and some chalked lines. Having played the game at our winter home at Solivita in Kissimmee, Fl. we thought some of our tennis playing friends might like the sport. Well, by the end of the summer, two portable nets and two courts with painted lines we had over ninety players, it took off. The very next year the park put in two permanent courts. We now have four permanent and two portable courts with space for one more portable when needed.

This past weekend we had our first tournament with forty eight players coming from New Hampshire, Massachusetts, Rhode Island, New York and Connecticut making sixteen men's doubles and eight women's doubles teams. The event was headed by one of the five attending USAPA Ambassadors, Jim LaBrosse from Rhode Island. First, second and third place trophies were awarded in each division. The cost for the event was fifteen dollars that included park entry, lunch, awards and a great time. Many of the players asked 'when is the next tournament'? 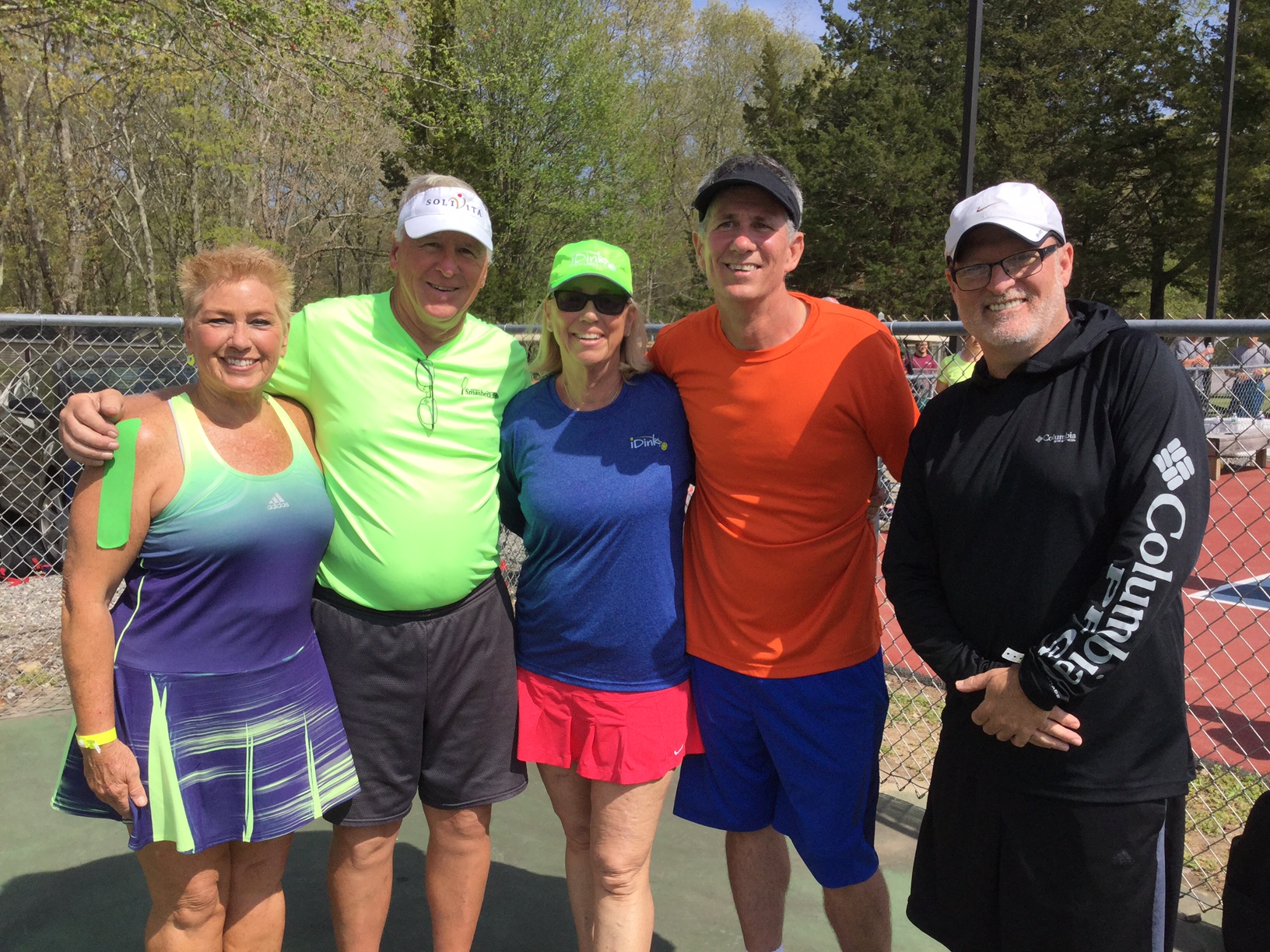 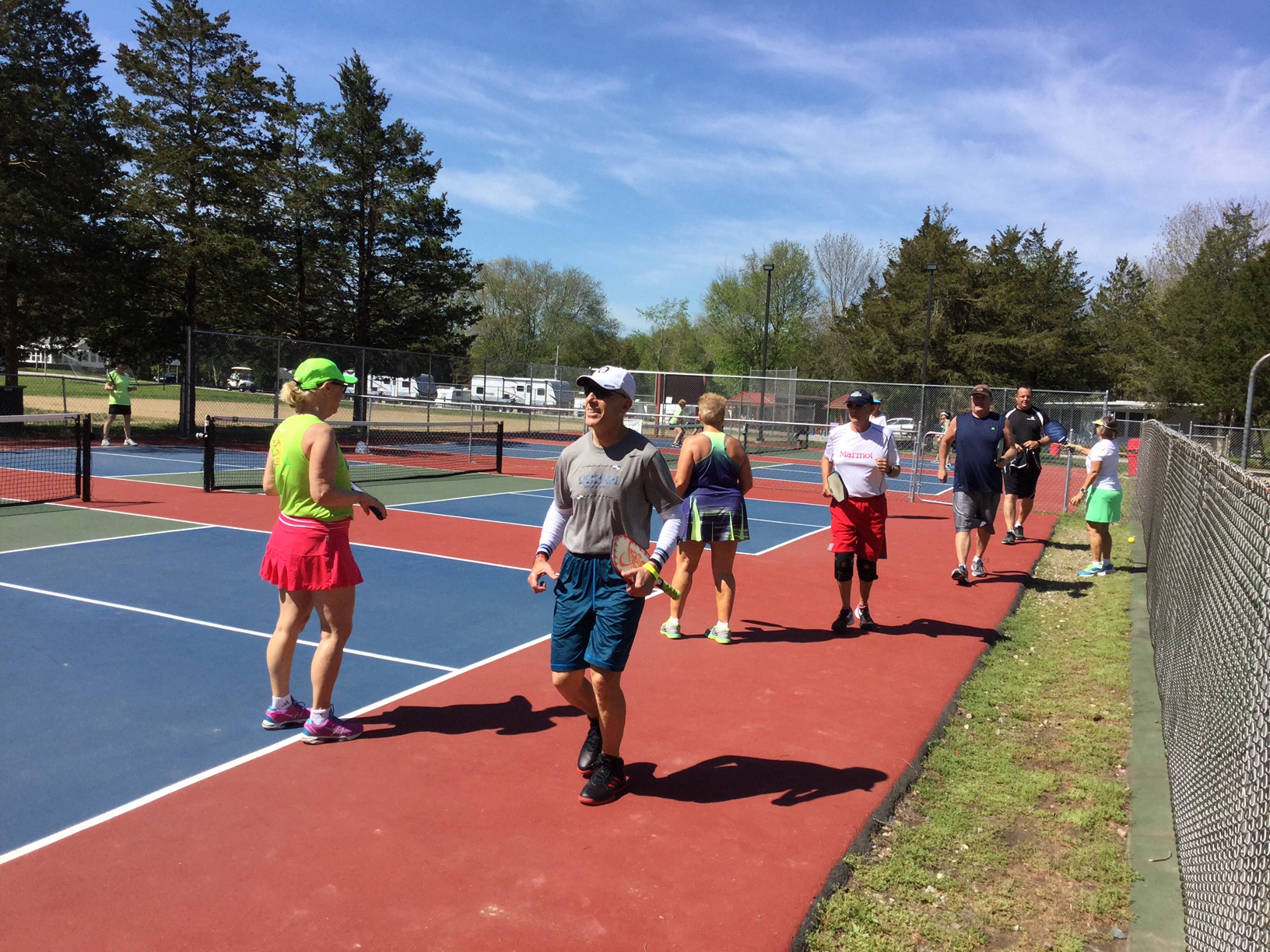 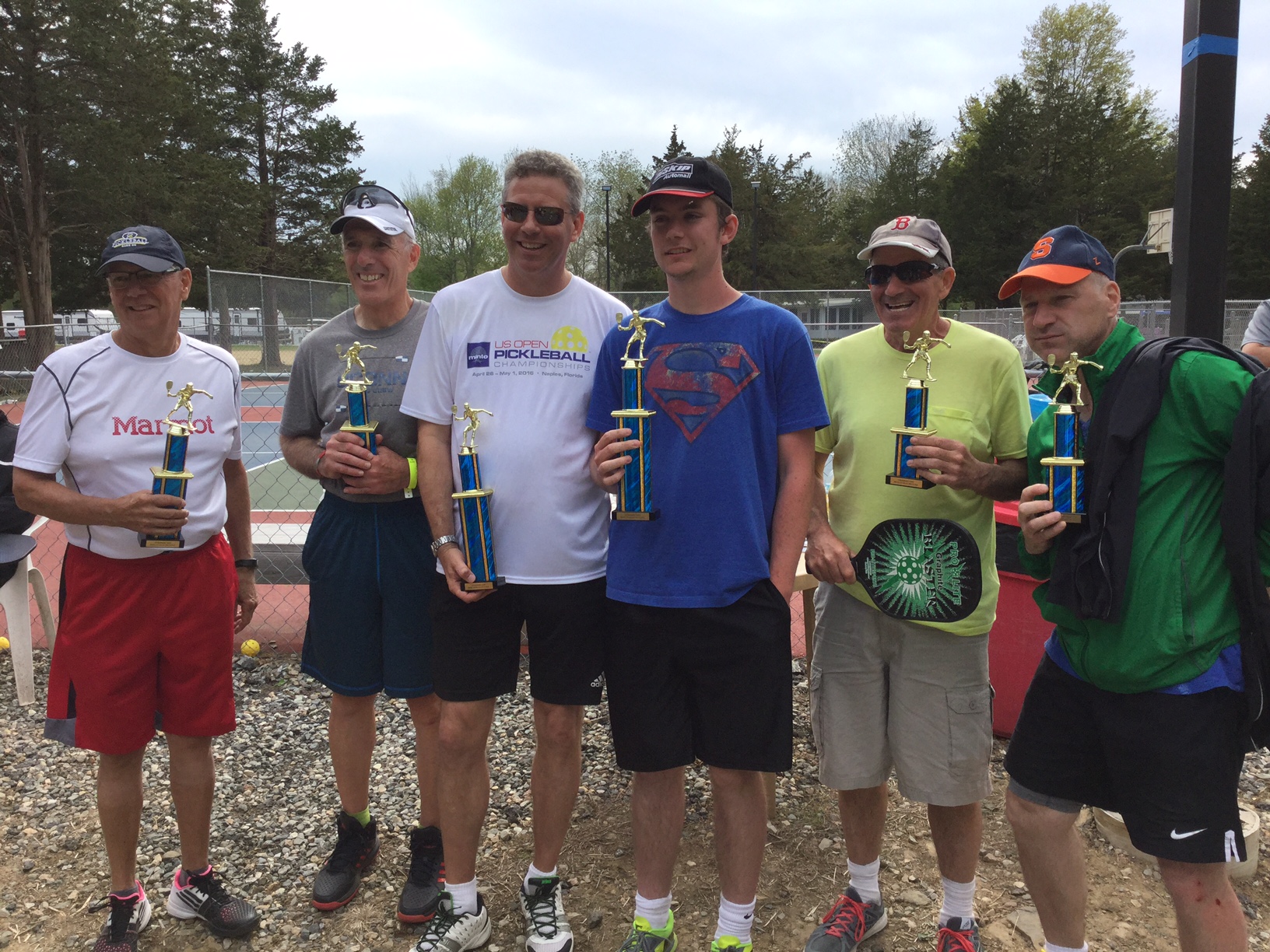 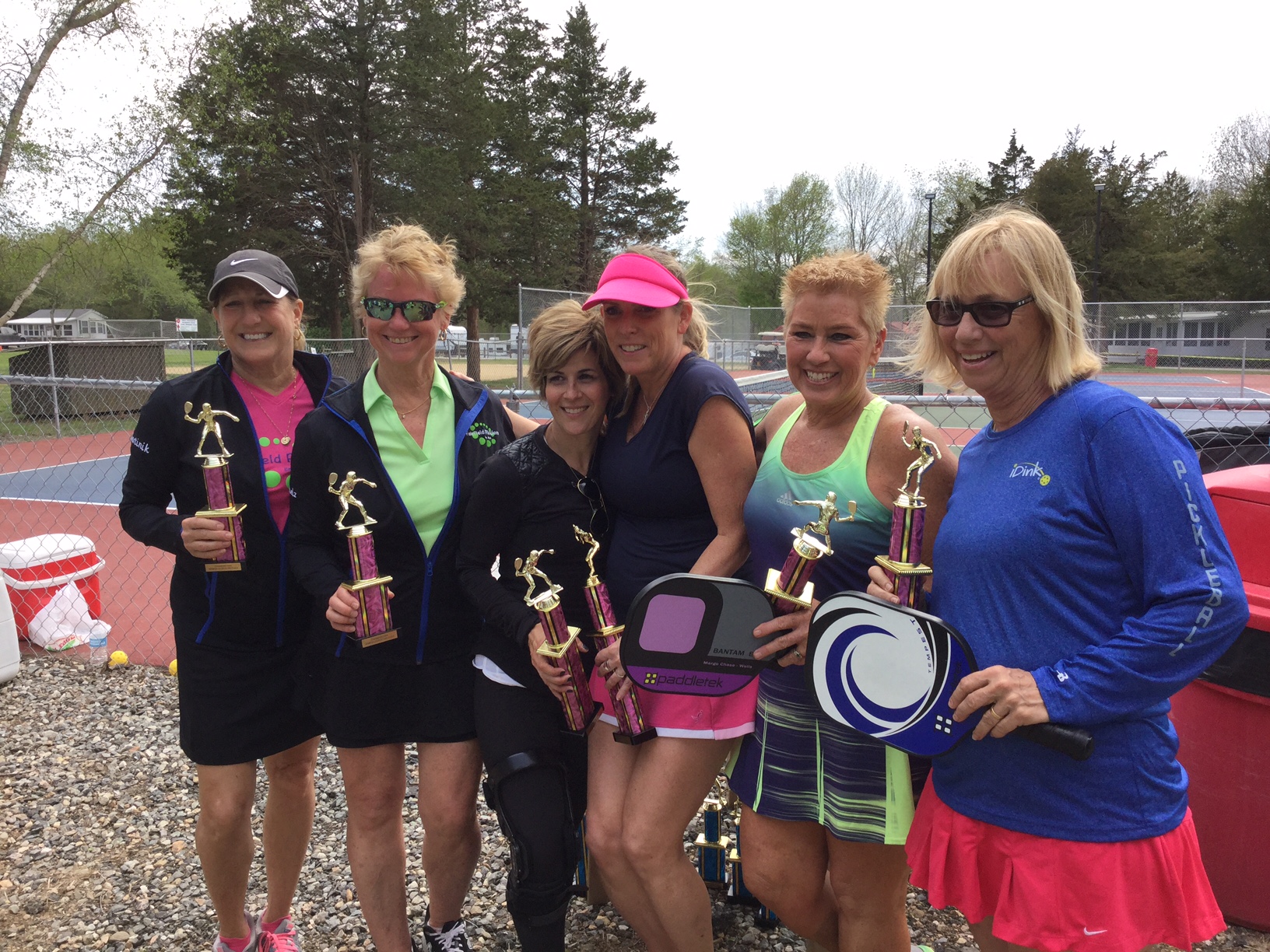 It certainly looks like a good time was had by all.  Those are fabulous trophies, don't you think.  Thanks Gene and keep up the good work spreading the good news about pickleball in your community!