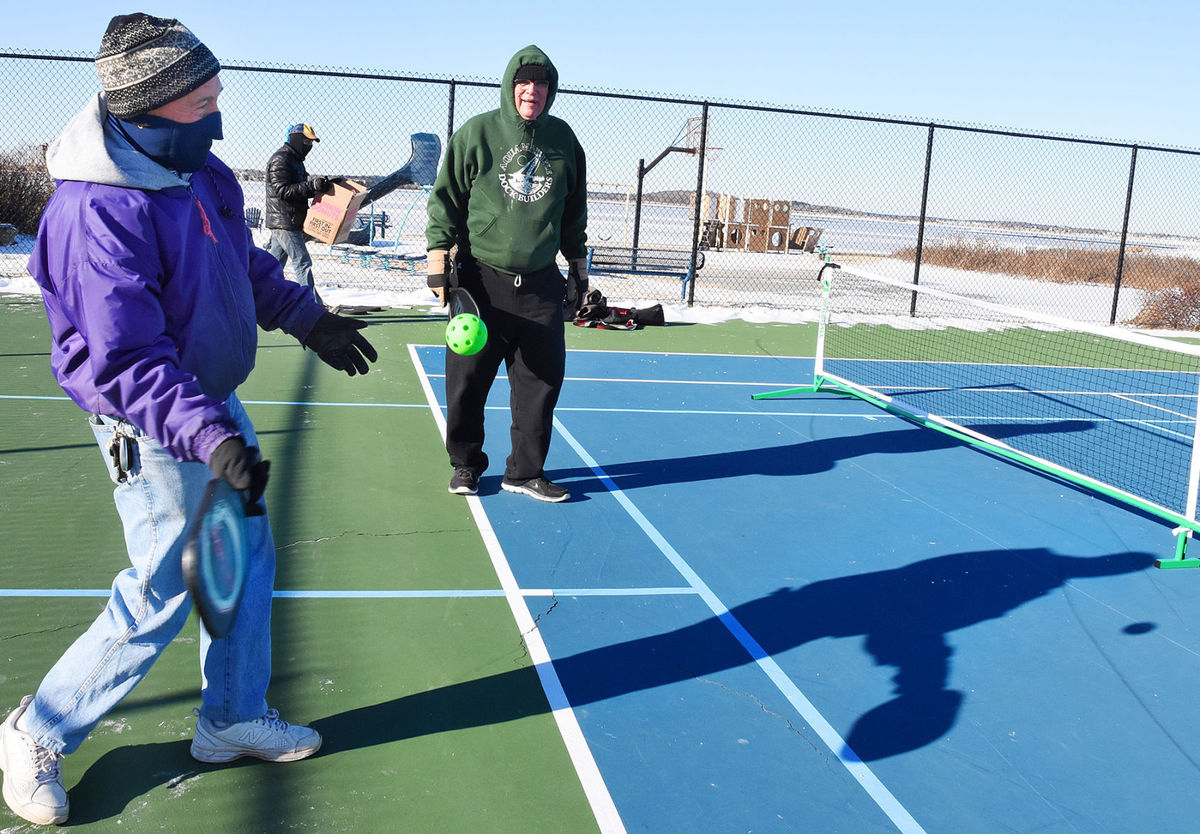 The Bourne Massachussetts Pickleball group, playing three plus years now, plays indoors at our community center and outdoors at the Monument Beach tennis courts which are also lined for pickleball. On January 1, there is a Polar Bear Plunge, with swimmers wading into the water on Monument Beach, all for the local food pantry. I, half-jokingly, suggested during the week before New Year's that we play pickleball on New Year's Day while the Polar Bear Plunge was happening, calling this the New Year's Day Polar Bear Pickleball game.

Surprisingly, several of our group liked this crazy idea, and signed on. As it turned out, the weather was so cold for so long, that the harbor froze solid, putting off the Polar Bear Plunge for another, warmer time. However, our intrepid (and half crazy) pickleballers decided to go ahead. On Saturday and Sunday, December 30 and 31, a few of us shoveled off about an inch or two of snow that had fallen a couple of days earlier. It dried enough so that about six of us (and a few spouses for support) came with a net to play about 10 AM. The temperature was about 7, but with the wind chill coming off the iced harbor, it was about -15. 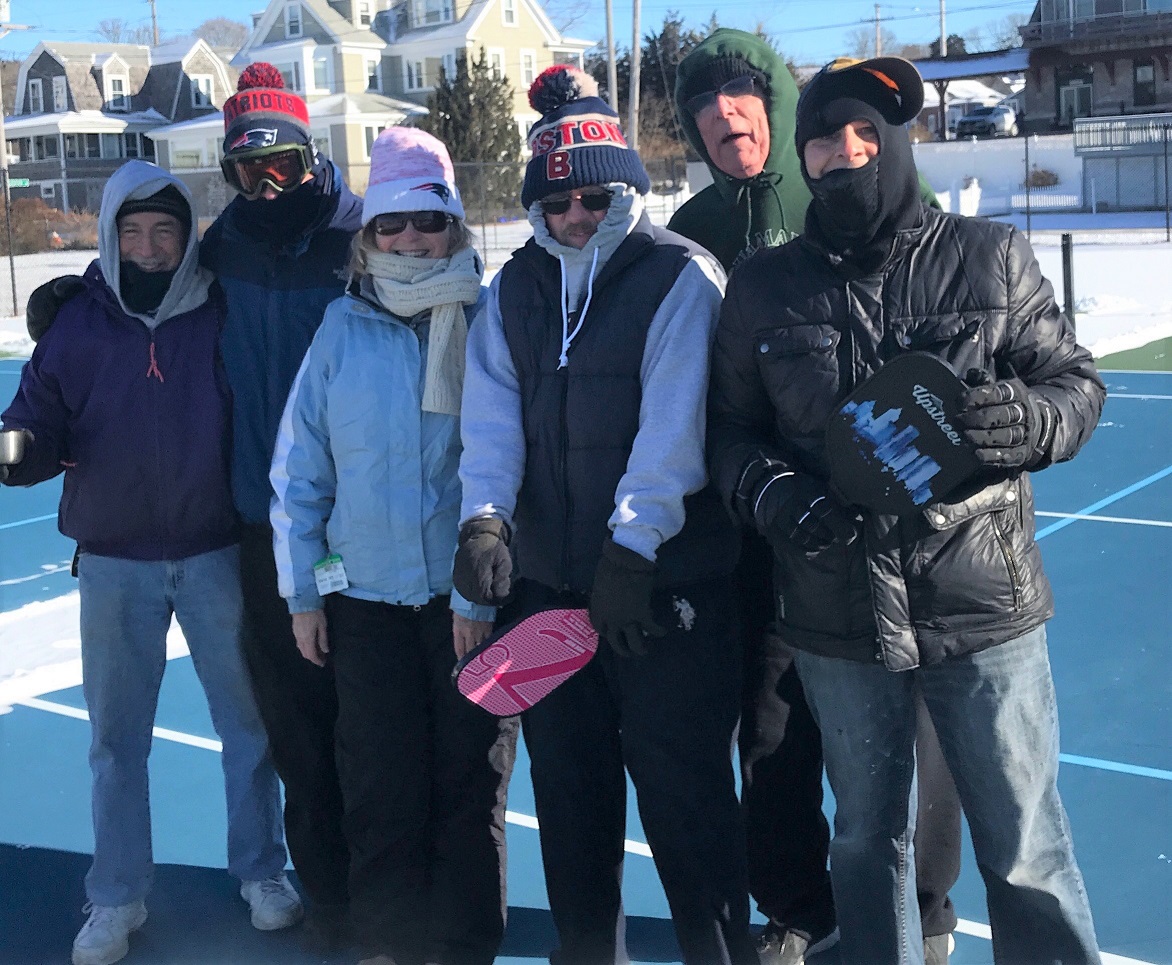 We definitely had the cold and the wind to cope with. You can see the six of us, bundled and masked in this picture.The other picture  were taken by an Enterprise photographer. Interestingly, we learned that the outdoor ball we usually use was too brittle and broke quickly in the frigid cold, but the indoor ball was more flexible and did not break at all. No paddles cracked. We managed to get in an hour's worth of play with no injuries and no frostbite, before calling it a Happy New Year. Someone brought coffee and Dunkin Donuts Munchkins, which nearly froze solid by the end of the game. We hope to make this an annual tradition, but being New England, it will depend on the amount of snow on the courts at that time of year.

Anyone up for a Polar Bear game next year in Bourne? Could become a real habit!