'Pickleball has totally changed my life.'

Those are the words of Ken Marquardt, or Pickleball Ken, as he is affectionately known to friends and fellow players alike. 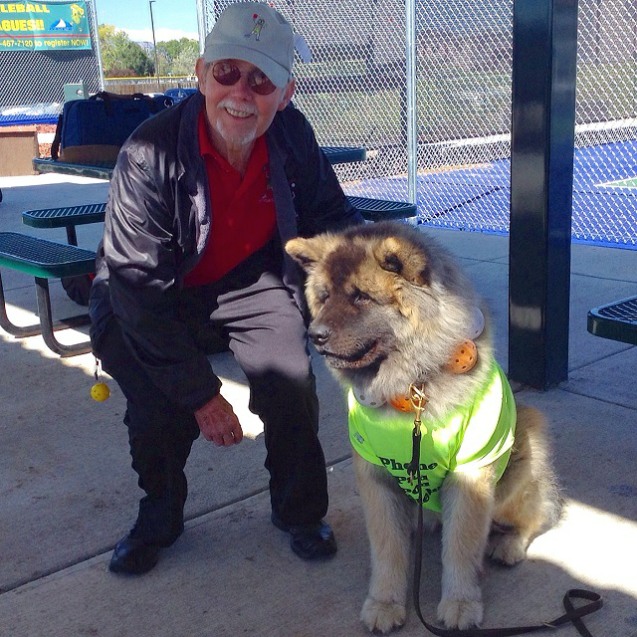 Pickleball Ken has taken his life-changing passion and turned it into fodder to transform the pickleball scene of the metro Denver area.

When we last left off with Pickleball Ken it was December of 2015. As the holiday season rolled along, we presented Ken with our Pickleball Central 'All Heart' Award alongside the APEX Parks and Recreation District for organizing a Pickleball for Heroes event.

Fueled by his passion, Pickleball Ken jumped head first into a project that saw the creation of 8 pickleball courts turn into 16 before finally turning into 24! Follow along as we uncover how one person's dedication can influence a whole community. 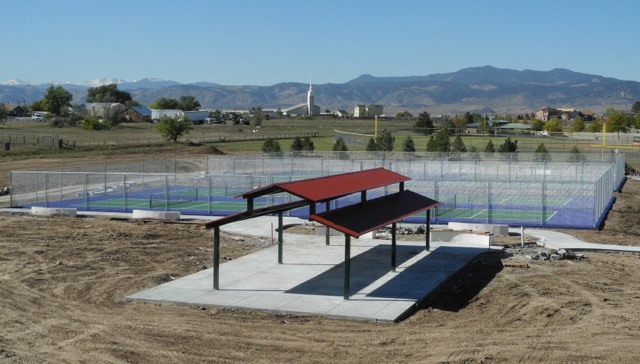 'I have overcome so many challenges in my life.'

As a cancer survivor who also endured two shoulder replacements and two knee replacements, Ken Marquardt has had his share of setbacks. Always an athlete, Ken was crushed to learn that he would no longer to play the sports he loved, such as tennis.

Ken spoke about how he could no longer play tennis to a classmate who travels around in her RV. She informed Ken that they don't stop at any RV park that doesn't have pickleball. When Ken informed her that he had never heard of the sport before, his classmate urged that he give it a try.

With his interest piqued, Ken Googled local pickleball courts and came up with one in the Denver area. Ken made the trek and played his first game. 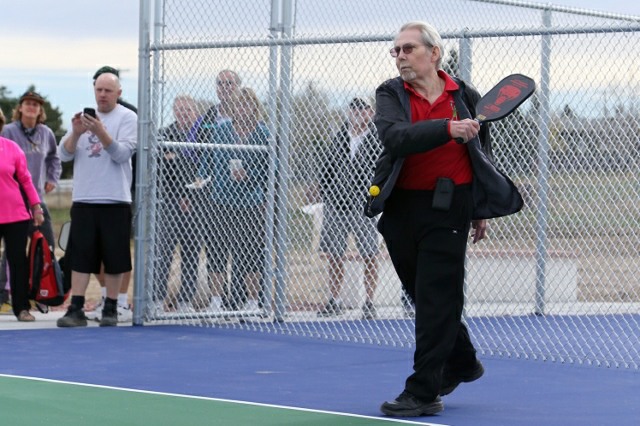 It was on that day that Ken Marquardt became Pickleball Ken.

'When I started playing, it changed my life. And then I saw other people with sadness in their lives, how they just forgot about that (sadness) when playing pickleball. It's good for them mentally and physically. I want to share that with everyone. '

Traveling from the north-end of Denver to the sole pickleball court in the area, Ken and a few other local pickleball players agreed that they needed a court closer to where they lived. That's when Pickleball Ken turned a dream into a community project. 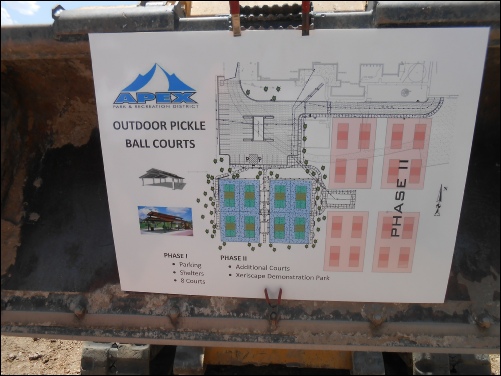 'The director of APEX  (Park and Recreation District) Mike Mills and I, talked about our community needs outdoor courts. Mike had 10 acres off of 82 and Sims that were free.' 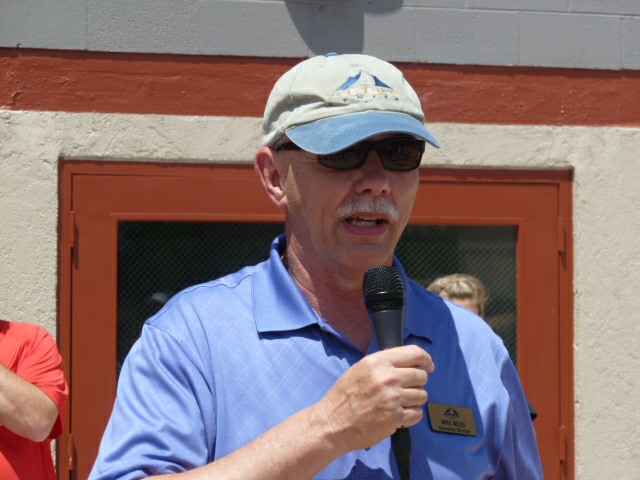 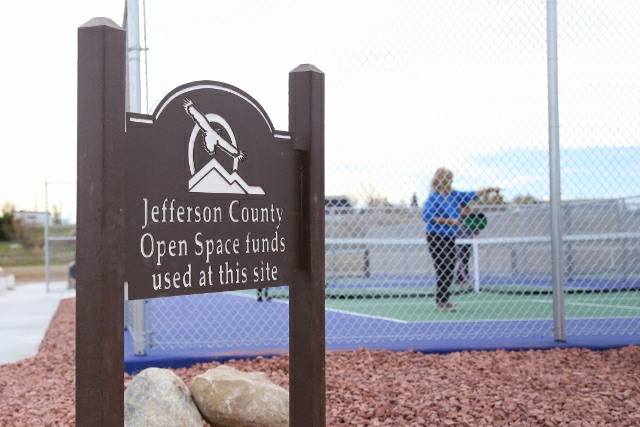 The first time Jefferson County Open Space was approached was back in November of 2013. Following a presentation by Pickleball Ken and company, the project was allotted $255,000. This was enough money for the first eight courts to be created. 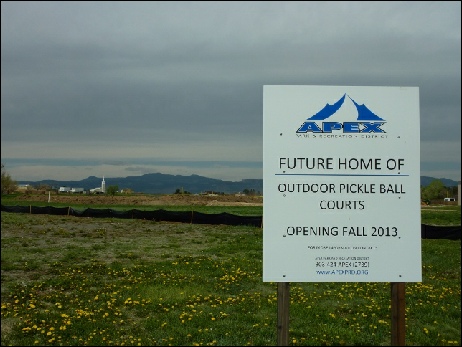 From there, the vision grew and funding was approved for eight more courts that were completed in the following year. Now, the project is in its final stages. To the tune of 1.7 million dollars, this 24 court park is going to be completed, and fully operational for all to enjoy.

Looking back at Ken's initial charitable endeavor with Pickleball for Heroes, this new 24-court facility also pays homage to those who have sacrificed for their community. Ken stated,

'We want to honor all veterans. Whether, firefighters or policemen, and especially the military. And that is why the park is named Community Heroes Park. ' 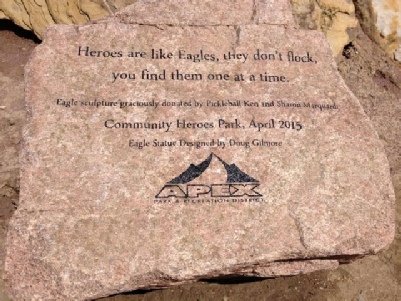 Not just in name alone, the park also pays homage through a symbolic eagle. 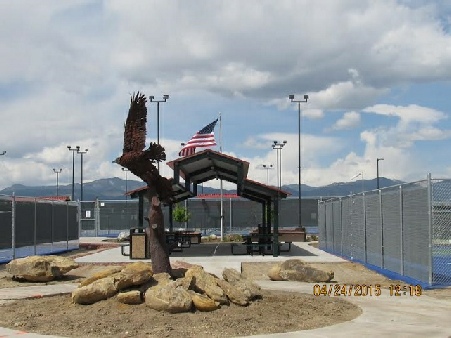 Although its beauty is undeniable, Ken didn't feel that displaying an eagle was enough to give thanks to our servicemen and women. That is why he organized the aforementioned Pickeball for Heroes event where proceeds went to veterans with traumatic brain injury.

Using pickleball for charitable efforts didn't end there. As the park has grown, so has its community outreach. Pickleball Ken and the Denver pickleball community started putting on clinics for autistic and disabled children. As Ken fondly recalled,

'I had a mother come up to me and their son was 17 years old and never stood up in his life. And she had tears in her eyes and she said, 'Thank you, Ken.' And it just totally changes my life and other people's lives. And so, I wanted to share that with everybody.'

With his passion and dedication, Pickleball Ken has blown the door open for pickleball in the Denver area. Seeing firsthand how pickleball transformed his life, he is now sharing that gift in a park made by the community, for the community. Who knows what Pickleball Ken will be up to the next time we check in with him?