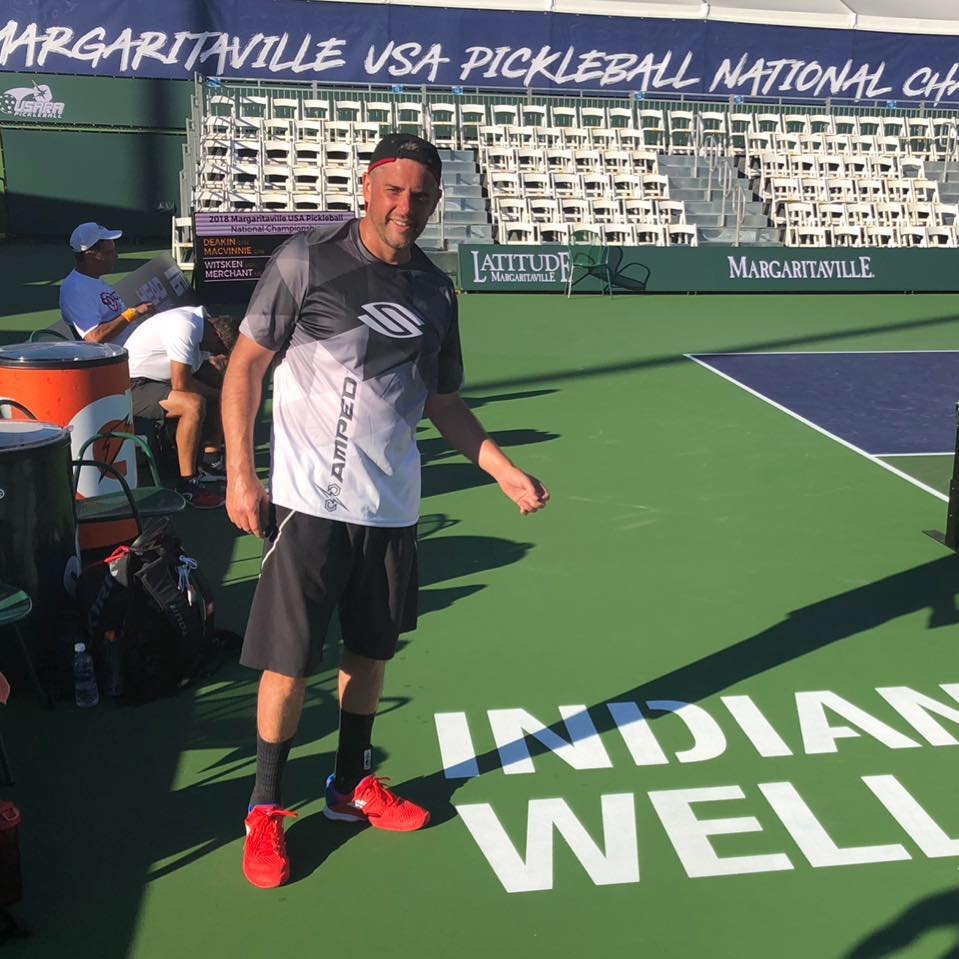 When I first reached out to Steve, I thought he was a young up-and-coming pro. Hey, his track record now speaks for itself! He is a bona fide PROfessional. Enjoy!

These would be my most memorable results in the limited time I have been competing: 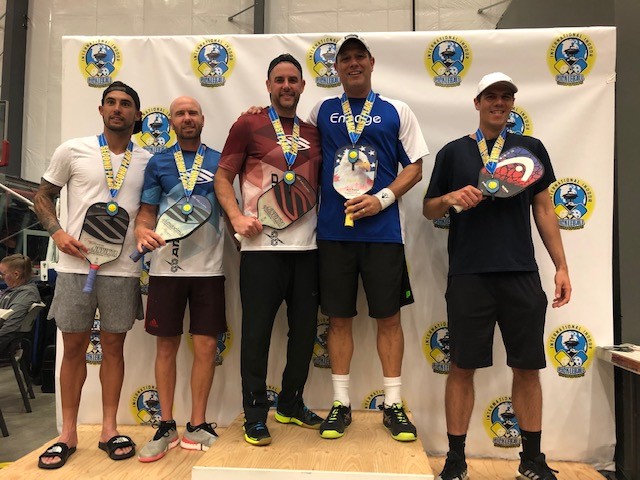 I would like to thank all my partners to date who have been a part of my journey the past 2 years. Mike “The Ninja” Yee, Tim MacVinnie, Mike “The Jockey” Kerr, Darren Tillson, Marco Jankowiak, Barry Mah, Nick Williams, Rick “Ripskin” Witsken, Brenda Martel, Ronith Cogswell, and Irene Mah.

I play with the Selkirk Amped Invikta. It is by far the best paddle I have played with to date. I enjoy the extra length that gives more reach along with the added power and touch that makes this paddle so desirable by many players of all skill levels.

I come from an extensive tennis background but suffered a shoulder injury while competing at Canadian Nationals August of 2016. I was rehabbing this injury for months without any relief or return to sport in sight. I was getting frustrated with the process as I had many big tournaments on the horizon that I had to withdraw from due to this injury. This was devastating for me as tennis was a huge part of my life. My dad recognized this and approached me about a sport called pickleball. Claiming it is “exciting, fun to play and much easier on the body.” I had reservations at first about playing a sport that had a hamburger garnish in its name. Ha ha! After 3 consecutive weeks of an invite  to play at my local recreation centre (which I declined), I finally decided to give in, take my dad up on the offer and join him. I was immediately hooked and left tennis behind January 2017. I still struggled with the shoulder issue but was able to play/compete while rehabbing. I earned a gold medal in my first tournament in March 2017 and now pickleball is one of my passions.

Hands down, outdoors! I always enjoy the challenges of navigating the wind, sun, etc. I also prefer playing with the Durafast 40 Pickleball. I am no stranger to playing indoor pickleball though, as I live in Vancouver and I'm pretty certain it rains more than half the year! Haha. 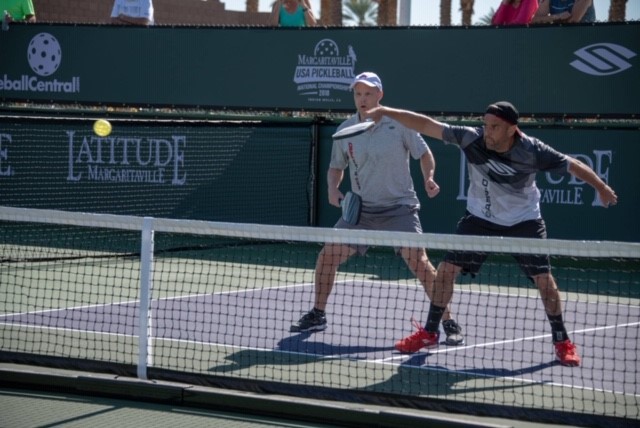 I love doubles, as rallies can be very long. It combines the excitement of the fast exchanges along with the patience of the soft game. I really enjoy the thinking and strategies involved as well.  Even so, I do plan to start playing some singles next year.

I have two places that stand out. Number 1 is the Pitt Meadows Rec Centre near my home where I played pickleball for the first time. I will never forget the picklers there that taught me the rules of the game as there were quite a few. Number 2 is the Indian Wells Tennis Garden. I recently played USAPA Nationals there and the atmosphere was electric, the crowd support was large and the courts were pristine. 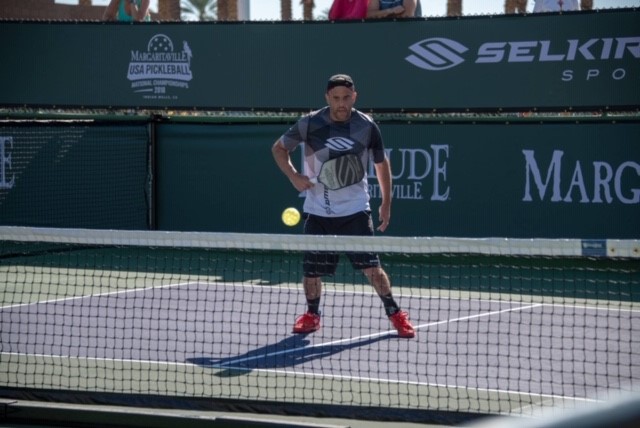 Steve Deakin at the 2018 USAPA Nationals

My secret sauce is my hand speed and dinking consistency. Tips: Practice patience while dinking and learn to recognize the right time to speed up a point. I will hit as many dinks as I feel necessary to extract the right ball from my opponents to put away. Think before you dink. I strongly believe if you want to improve your game (no matter what skill level) drill those dinks and third shot drops!

I work for my uncle’s business selling mineral exploration equipment to mining camps.

This is a touchy subject and may want to plead the 5th on this one... haha. Just ask my wife Stacy who has become a pickleball widow. I would say I play 12 hours a week and she would say 20 hours. I am sure somewhere in the middle is the truth. I play 3-4 days a week depending on what tournaments are coming up and what time of year it is. I'll usually play 3 days a week during winter months and 4 days a week during summer months when the weather is nice.

I am very ritualistic when it comes to tournament preparation and that came from my tennis background. However, I have lightened up just a bit on those rituals for pickleball. One funny thing I will typically not do during a tournament is sign the score sheet after a win. I am sure my partners scratch their head when I point to the referee and walk away.

I would like to win Gold at the USAPA Nationals, the US Open and the Tournament Of Champions Event in the next 2 years.

Pickleball has opened up so many amazing opportunities for me. It keeps me fit, healthy and has cultivated many new friendships. I love it and will continue to play for many years to come. A special thanks to the entire group at Selkirk who have treated me very well throughout my development as a competitive player. A very special thanks to my wife Stacy and family who have supported me with this new passion.