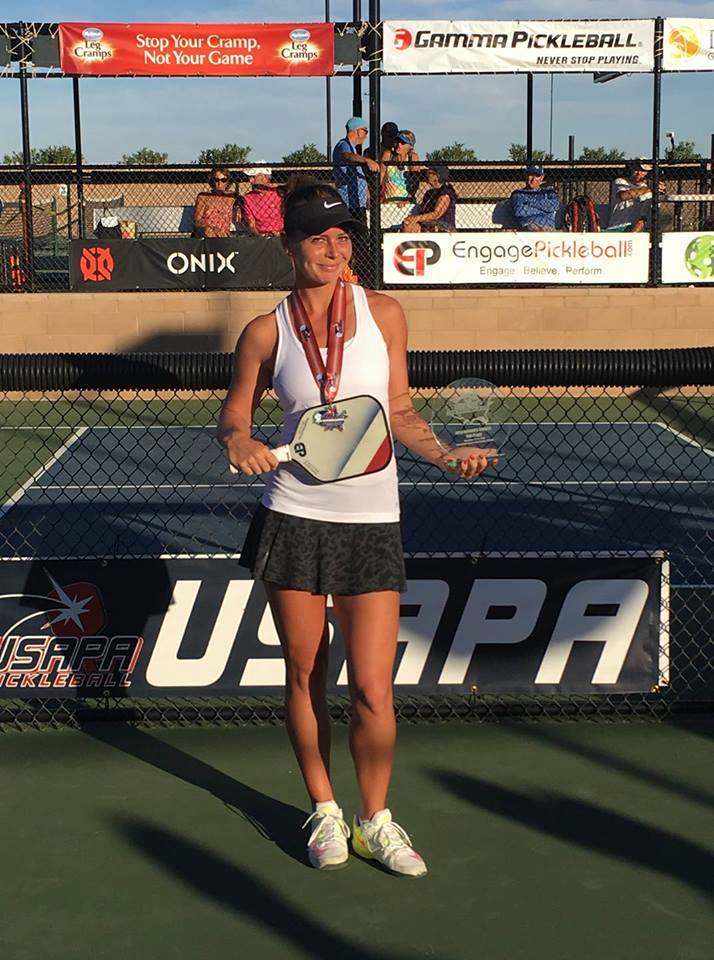 A tennis pro turned pickleball pro - what's not to like about Lucy, who keeps a delicate balance going between the two sports?  She feels fortunate to be part of the best of both worlds. Enjoy!

What paddle do you play with and why?
I play with my signature paddle, the Elite Pro 'Kovalova' made by Engage Pickleball. I really love this paddle because it produces a lot of power and spin, while it has control as well. I think the paddle is one of the reasons for my latest success.

What’s your pickleball story? How were you introduced to pickleball?
My pickleball story is relatively short compared to other pros. I started probably two years ago when I transitioned from tennis through paddle tennis to pickleball. The Wichita Country Club, where I work, introduced pickleball to its members so we tried it and loved it. After a couple of months, my pickle group, Matt Wright and Jack Oxler, decided to go and play at the 2016 US Open and I think we did much better than we expected. After that great experience, we decided to play more and more tournaments and I'm so happy we made that decision.

What’s your preference – playing indoor or outdoor?
I don't mind playing outdoor or indoor but I probably prefer playing indoor. I think it is easier to play without any sun and wind, especially in Kansas. (Haha!)

Do you like singles or doubles better? Why?
When I started, I preferred singles because it fit with my tennis game better. Now I prefer doubles and mixed doubles much more. I think it took a little time to get use to the strategy but now I think it's way more fun. 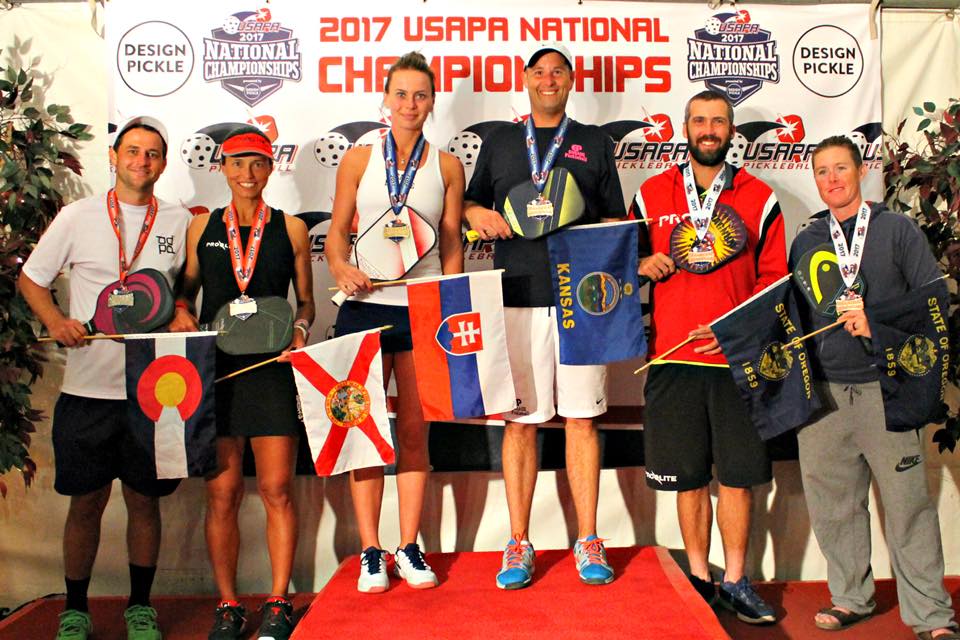 What’s your favorite place to play? Why?
Even though I haven't seen all the venues yet, I would say that my favorite place to play is Naples, Florida. Mostly because it was where I played my first tournament, so I will always have those great memories. Another great place is Casa Grande because we just won the Mixed Doubles Open there. 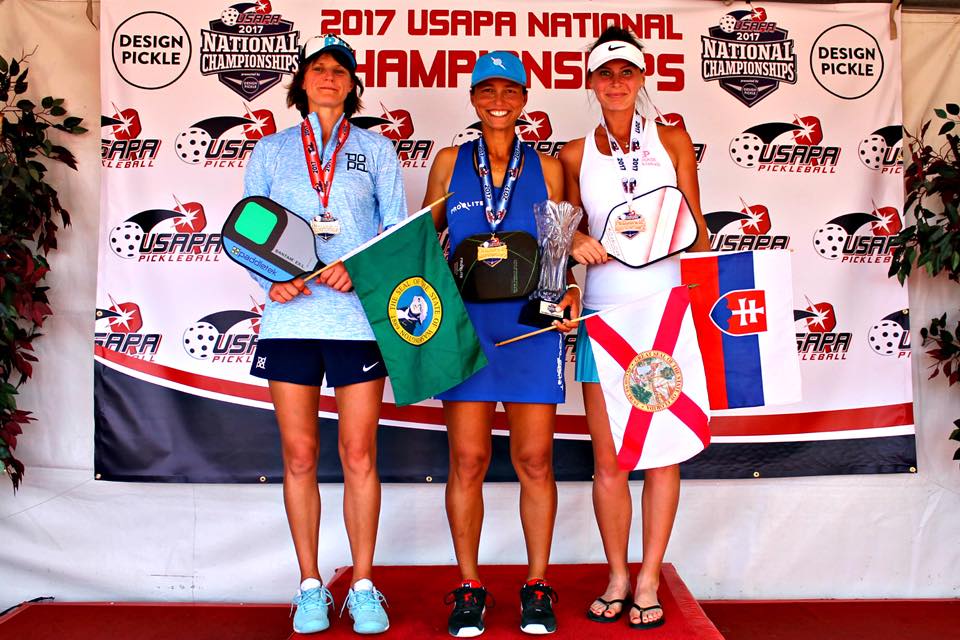 What’s your secret sauce? Any tips for players?
I don't really know what my secret sauce is but I think it is my power. I can hit a ball pretty hard, especially on my forehand side. One tip for players: Don't be scared to drive the third ball once a while.

How many hours a week do you play? How do you make time to play?
My job is very physically demanding so I don't really have that much energy left for pickleball on a daily basis. I'm trying to play at least once a week. When we play, it has to be early morning before everyone goes to work or during the weekends.

Any lucky rituals before a big tournament?
I don't think I have any rituals, I just need to have my breakfast, coffee, a good paddle and I'm ready to go! :)

Do you have any pickleball goals you’d like to share?
I would like to keep being on the medal stands at major tournaments, and hopefully I can win few more golds in the future.

Anything else you’d like to share about your experience being one of the best pickleball players in the world?
It's a great experience! It's not only about pickleball, it is about the people, the atmosphere, the whole pickleball community. Everyone is very supportive and even though we compete and fight during the event, at the end of the day we're all friends. And of course, it feels great to win! :)