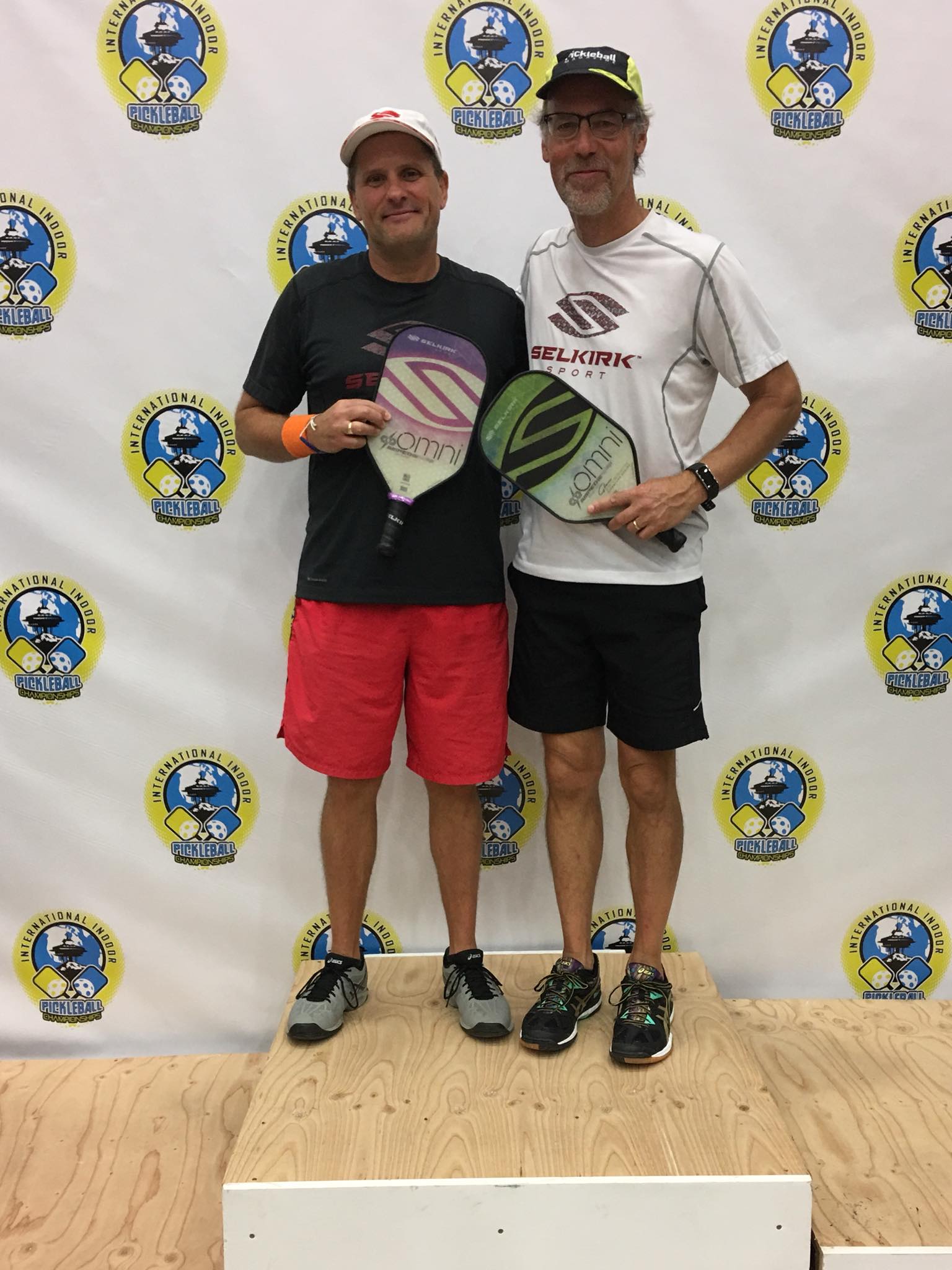 One of Jay's goals in life is for his doubles partners to say he is a 'really good partner.” If you ask Glen Peterson, he would say Jay Rippel is an outstanding doubles partner. Enjoy!!

I'm currently a member of 'Team Selkirk' and play with the Selkirk  'Amped Omni' lightweight paddle. I love the touch and feel it gives me without sacrificing the power that my original Omni had. I play with the lightweight version and this has helped me tremendously with my 'paddle speed' at the net when playing doubles. I feel I return a lot more balls with this paddle that are hit hard at me.

I was introduced to pickleball way back in 1992 at a 24-Hour Fitness Club in Bellevue, Washington by a gentleman named Ewol. It was played on carpet with the old Cosom ball. I was instantly hooked. There really weren't any tournaments back then, but a group of us played several times a week until the club was shut down. Unless I'm injured, I have played pickleball weekly for the last 26+ years.

I really prefer to play outdoors with the Dura ball, since its such a fun ball to try and master. 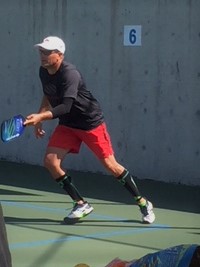 When I was in my 30's and 40's, I preferred to play singles since its such a challenge to compete, especially against the younger players. Now that I'm in my 50's, I prefer men’s doubles to everything else. I will occasionally play singles, but usually in the bigger tournaments. I also enjoy mixed doubles and have been lucky to find some amazing ladies to partner with.

I think my style of play is a bit more aggressive than a lot of players. I'm always trying to create shots for my partners and keep opponents guessing on where my shot will be placed. I think with the way the game is evolving, my advice to new players is to not be too predictable, like always playing one style. I think everyone who plays tournaments and wants to compete at a high level should also look to add some sort of 'offensive' shot to their game. Communication with my partners during a match is crucial to the success of our game. 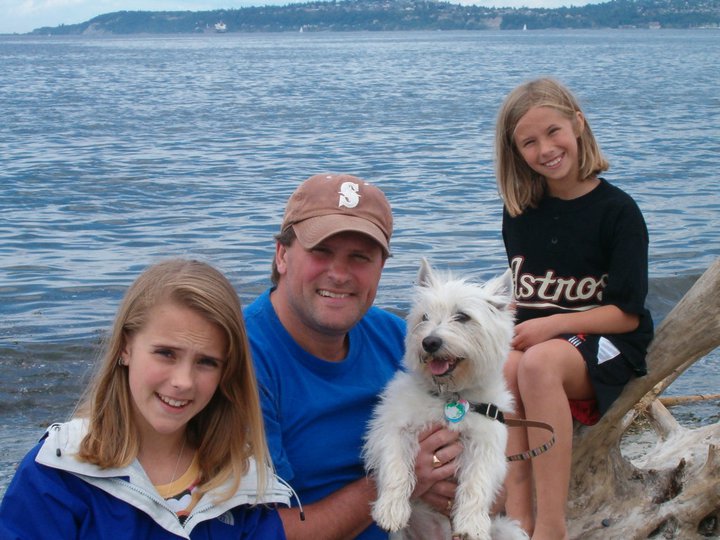 Jay and daughters Caitlin and Mackenzie

I'm able to play pickleball on a regular basis. I have a fabulous support system of my wife, Leigh and two great daughters, Caitlyn and Mackenzie. I play usually 3-4 times a week with a great group of pickleball players. Each session is usually 2-3 hours and mainly consist of doubles. Sometimes we will drill before tournaments.

When I’m not playing, my day job is in the field of 'financial services' and with stock market hours.

My goals for pickleball are pretty simple. I would love to win a 'Sr OPEN' Gold medal in one of the major tournaments (USAPA Nationals, US Open, Tournament of Champions). I'd like to stay healthy and pain free, and I'd like players to think that 'yes he's a pretty good player'; he is also a 'really good partner!'