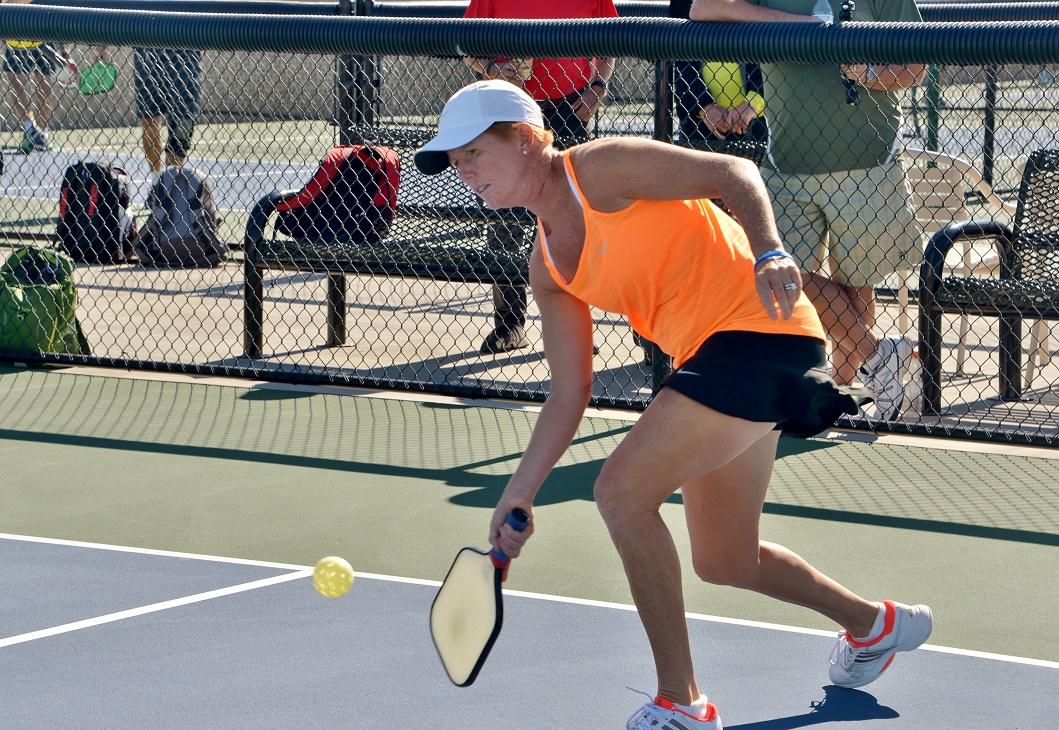 Cammy is a professional tennis instructor who happens to love pickleball, and she has some advice to all tennis players - it can improve your tennis game! Enjoy! 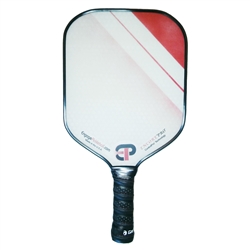 What paddle do you play with and why?
I play with the Engage Encore Pro Paddle. I like this paddle because of its power and control. I get good feel off the ball too.

What’s your pickleball story? How were you introduced to pickleball?
I was introduced to pickleball little over a year and half ago by my tennis friends. They kept saying come try pickleball, you'll love it. I'm thinking, 'What the heck is pickleball?!' One night I went over to Bobby Riggs with my friends, Steve and Jen Dawson, and they started dinking with me and telling me all these crazy rules about pickleball. I thought, There's no way I can think about hitting the ball, dinking the ball, 2 bounce rule, understanding the score! And why am I saying 3 numbers when I'm calling the score? This is way too much for my brain to process.' Well, me being competitive, I instantly got hooked within half a dozen times of playing. I started to understand all those crazy rules of pickleball and from then on, I have entered pickleball tournaments and am just having a blast.

What’s your preference – playing indoor or outdoor?
I live in San Diego, so outdoor pickleball is my choice. 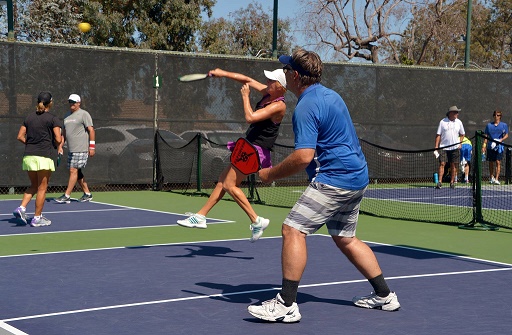 Cammy Ward at the So Cal Classic

Do you like singles or doubles better? Why?
I have played both singles and doubles, mostly doubles though. I like singles. The only problem is it’s too hard on my body. So I stick to doubles; less court to cover and you have your friend next to you.

What’s your secret sauce? Any tips for players?
My secret sauce is this homemade sauce I have for my BBQ Ribs!!!

What’s your day job?
For my day job, I teach tennis at La Costa Resort in Carlsbad, CA.

How many hours a week do you play? How do you make time to play?
I play pickleball maybe 2 times week. It kind of depends on my teaching day. After standing out on a hard court for 6 hours hitting tennis balls, sometimes I just can’t get my body to go play pickleball. I would rather hang with my dogs and a cold beer. Saturdays or Sundays I'm off, so if I'm going to play pickleball, those would be the days. 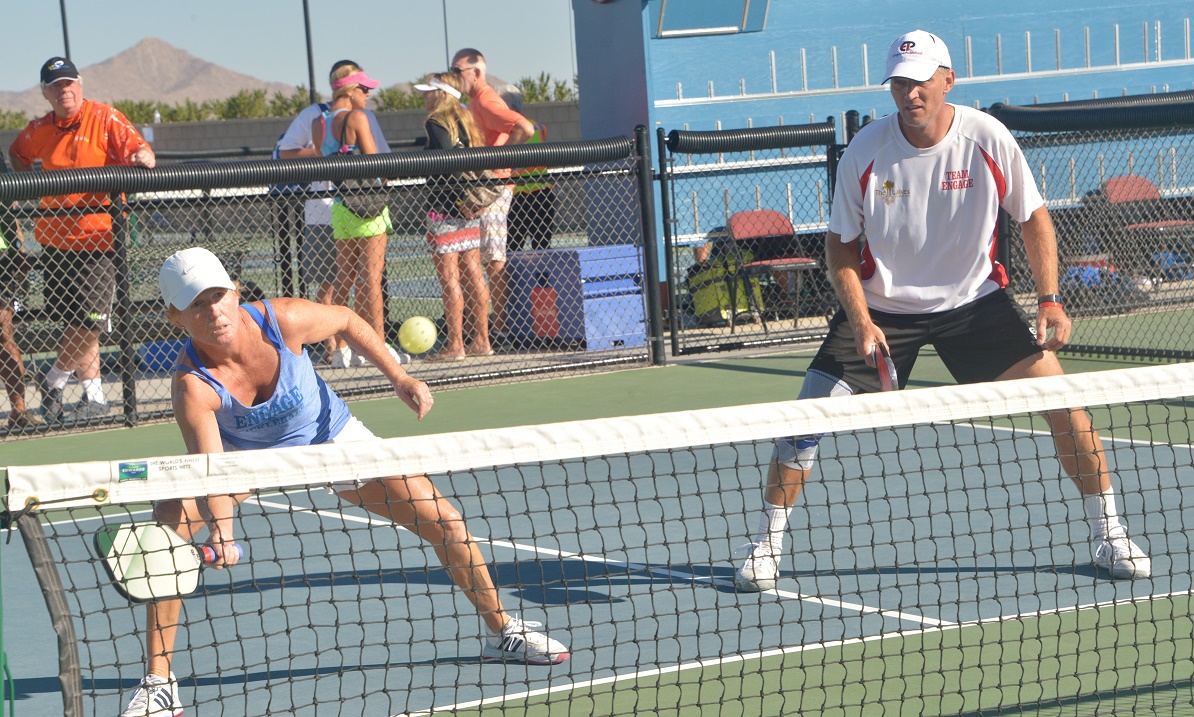 Do you have any pickleball goals you’d like to share?
Honestly, pickleball is just another game for me.  I am out there to have fun when I am playing.  This game is not my day job, it’s not going to pay my bills. I don’t set goals, I go out and play and the team that wins is the better team that day. 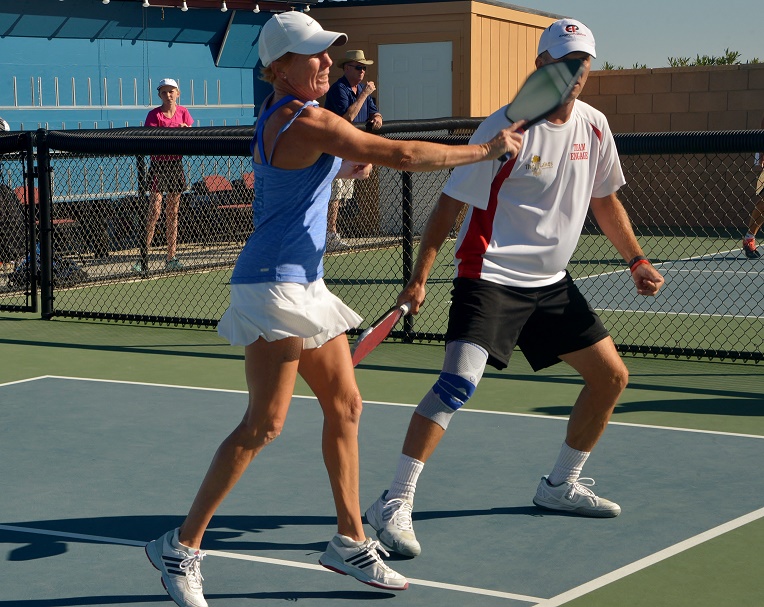 Anything else you’d like to share about your experience being one of the best pickleball players in the world?
The one thing I constantly hear from tennis players who have also played pickleball is that pickleball is so much more social than tennis. This is what I love about the game!  Pickleball is such a fun game to play, and its the only game where you can get 16 people playing on only one tennis court! You can play 3 hours with people you have never met and next thing you know, you are exchanging phone numbers and having a cold beer with them. Very Cool!
One more thing, I am always hearing from tennis players who have never tried pickleball that it’s going to hurt my tennis game. This is SO not the case. To all tennis players out there, please try pickleball. If you are a doubles player in tennis, pickleball will help with your touch, reflexes, strategy and placement in tennis.