Everyone who plays pickleball knows that the sport is played on a court that's identical to a badminton court...except for one key difference. While badminton's short service line, or 'No Volley Zone' line, is at 6'6' from the net, pickleball's NVZ line is at 7'. Why is pickleball's kitchen a full 6 inches longer than badminton's? There's a really simple, kind of unexpected answer: it just feels right. 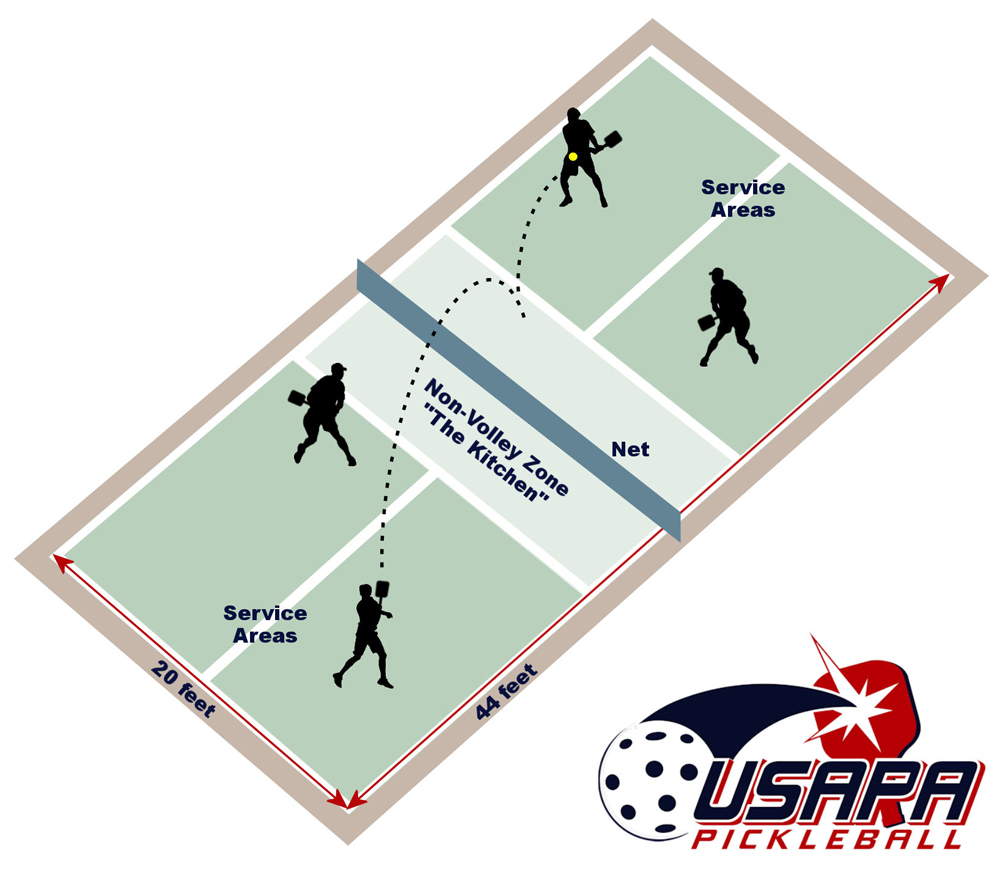 The answer comes from Dennis Dacey, USAPA Rules Chair, who explains that 'over the first two years of the development of the sport, the NVZ was conceived and the line was tried in various 6” increments. It was at this time that those involved agreed that the 7’ line worked best. It had nothing to do with the badminton line then or now.' Dacey goes on to explain that 'one would not think so, but 6” makes a big difference when playing the game with more advanced players. Having the additional 6” makes it easier to make good drop shots and to make for a more equal playing field with both tall and short players.' Pickleball may have borrowed badminton's court size, but pickleball is faster-paced and played with a ball that bounces and moves quite differently than a shuttlecock. It makes sense that a NVZ that works perfectly well in badminton may not be the ideal fit for pickleball.

Interested in learning more about the history of pickleball? Check out an interview with Barney McCallum, one of the sport's inventors, here. It's near the bottom of the page, and is the video titled 'Pickleball Barney McCallum Interview.'