As pickleball emerges from adolescence among lawn games into legitimate sporthood, a few changes would make the sport more practical. Some of you might disagree with my five suggestions, but that's the beauty of blogging!

2. Rules defining a legitimate serve, though clear, are nearly impossible to apply by even the keenest refs. Was the entire paddle below the wrist when the ball was hit? Was that ball below the navel? Must we demand exposed midriffs? 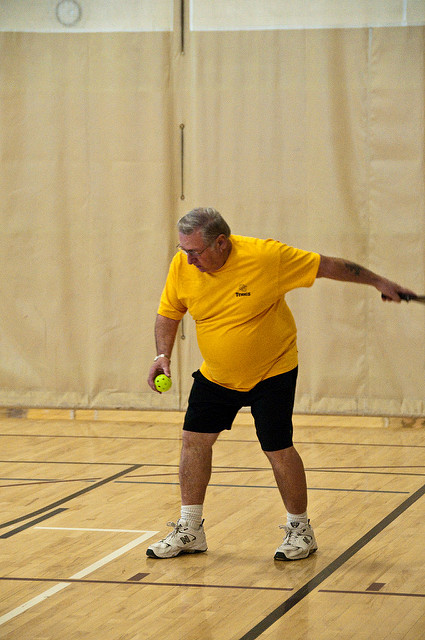 Is this serve going to be below the wrist? (Credit: You Belong in Longmont)

3. Third, double hits and intentional carries are frequently overlooked. Should they be? Carries are only disallowed if intentional, but how can a ref assess a player's 'intentions'? Does any other sports measure intentions?

4. Line calls are almost impossible, partly because different balls compress differently depending on the angle and speed at impact. The popular notion of point contact is invalid. Even Dura balls compress on contact. Close calls are a fuzzy mess and players have different criteria for making calls.

I recognize that the technology involved to address this is expensive, but it will come. There is no simple solution here, but some education on ball compression might help. 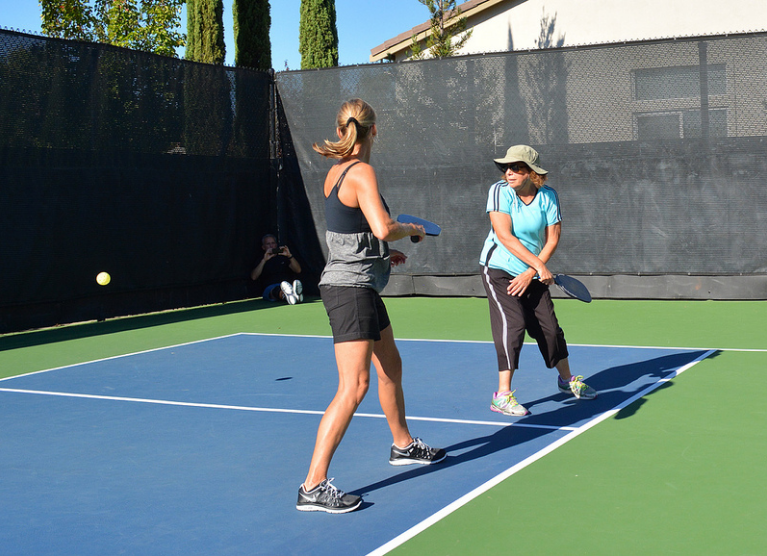 Who knows if that ball will be in or out without Hawk-Eye technology? (Credit: Chad Ryan)

5. Bracket tournaments often dissatisfy all but the very top players. Players come to participate, not spectate. Traveling to tournaments takes time and money. Losing two matches and spending the rest of the day in a chair discourages many. In some cases, great players are not adequately vetted because matches are too short and it takes time to adjust to the competitive pressure.

While there is definitely a place for bracket tournaments, we need creative organizers developing new approaches for similar level players to gather and celebrate pickleball. Pickleball jamborees might appeal. Laughter during play satisfies me more than winning.

Doubtless, many of you have other suggestions. Let's hear them!