We know that pickleball is the fastest growing sport in America, but does it really have the clout to take on the 'head honcho' of the racquet sport world?

Maybe not any time soon.

Recent estimates put the total number of tennis players in the U.S. at 17.9 million. In contrast, pickleball only has 2.5 million. Of course, pickleball is only about 50 years old where tennis has had over a century to grow.

Many players are somewhat happy with pickleball's niche status, as this not only makes the community feel more tightly-knit, but keeps the game inclusive. As pickleball hotbeds become more common they sometimes necessitate a larger division of players, whether through age, gender or talent.

This isn't always a bad thing as it can keep players of similar skill levels together, preventing frustration, but pickleball did start as a family game, and many cite its equalizing effect as one of its main attractions.

Although pickleball only has a fraction of the publicity tennis does, this doesn't mean people aren't taking note. Even the tennis industry itself has realized pickleball's strengths and potential, with major tennis manufacturers like GAMMA and HEAD releasing their own lines of pickleball equipment.

If these companies believe that building a way into the pickleball industry is worthwhile, then there's no doubt others will follow suit as the game continues to get bigger.

Interestingly enough, this year there was a 'Paddle Battle' held by the USAPA that featured a match between former tennis pros Andre Agassi and Andy Roddick. This event not only capitalized on pickleball's crossover appeal with tennis, but also touched on the fact that many tennis players move on to pickleball after tennis' larger court size and faster play become difficult to manage with age. 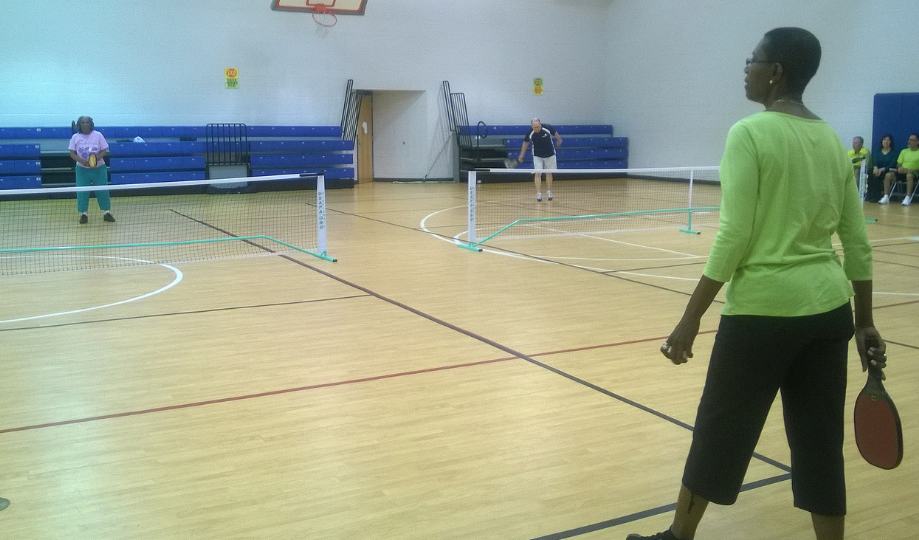 But both sports have their strengths and weaknesses, and we believe that the more exposure both give the other, the better. There's no reason why people can't play both or act respectfully toward fellow athletes, whether serious or casual, regardless of which they prefer.

Do you think pickleball might actually become larger than tennis in time, or does tennis have too much history behind it for pickleball to share the spotlight on such a broad stage?

Pickleball's international reach has built as fans have spread their love for the sport around the globe, but only time will tell how big the sport will become.