We veterans love the soft game with its long rallies. The USAPA does its part by making rule changes to preserve the soft game and protect the nature of pickleball to keep us happy. Instructors remind frustrated students who want to wail on wiffle balls that consistency and patience are rewarded.

Many young people along with tennis and racquetball players put down their paddles because they find the soft game so dreadful. So far, no player has been able to achieve a 5.0 rating without some level of mastery of the soft game.

And all the while, uninformed spectators find the 50-stroke rallies confusing and boring...

Why don't they just hit a winner and finish the point?

But perhaps the spectators are not so wrong.

Last night I played with a 25-year-old college tennis stud that got me rethinking where pickleball might go. He hit the ball so hard and low that put away volleys were unthinkable.

'Just try to block the ball back,' I told myself. These young tennis players love Morgan Evans' longer Signature Paddle by Selkirk. And like Morgan, they're hitting with amazing speed and topspin.

A ball hit very hard within an inch or two of the net with topspin might land near the kitchen line.

Makes it tough to volley, even with my larger Omni 31P Paddle! With a bit of practice and focus, it's not so hard to hit a ball within a few inches of the net. Hey, the net is only about 22 feet away and waist height! 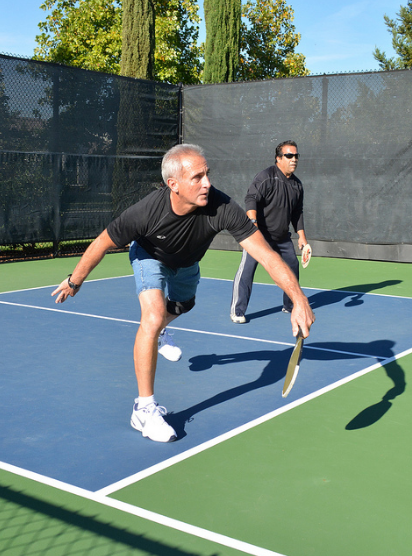 Can you defend against slams? (Credit: Chad Ryan)

So I predict that, at the highest level of play, doubles rallies will get shorter rather than longer in the coming years.

Serves and returns will not simply be preliminaries but will become more aggressive shots that are vital to the outcome of the point. Just as there is one setter in volleyball, expect that one partner will hit every third shot while the other partner (who happens to be of basketball proportions) performs the spiking role to pounce on a popped up volley.

Tactics may involve the forward player acting as a decoy or even blocking the opponents' visibility to the ball until the last moment. Volleyers on both sides will frequently leap or straddle the kitchen corner to put away shots near the sidelines. Most points will involve the ball hitting the floor only twice—the service and return. 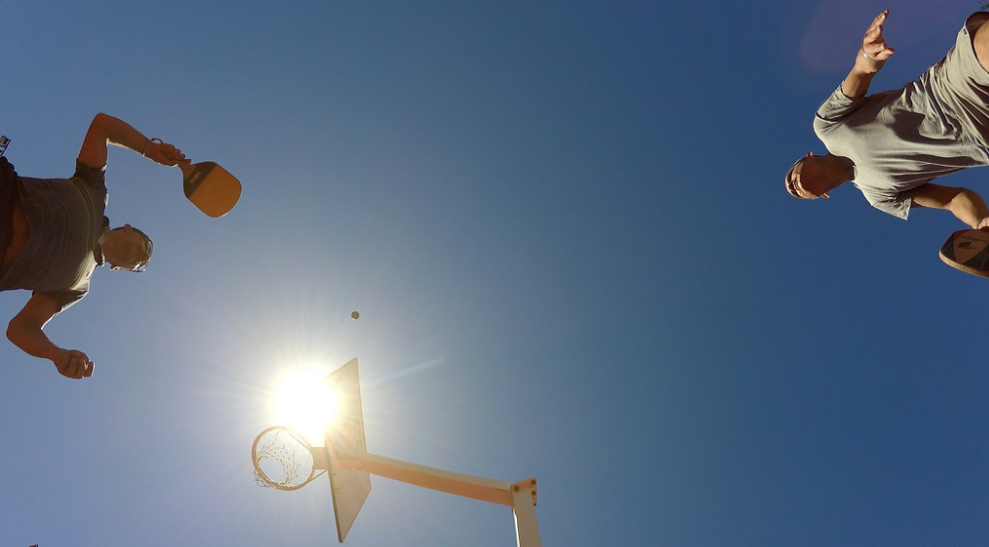 I'm not saying there will be no place for soft shots, but I can imagine the soft shots punctuating aggressive play. Even now, a barely perceptible trend is emerging where attackers, not the defenders, are more likely to win the point.

A lot of this might depend on whether the injection-molded ball (Onix Pure 2) or a rotationally-molded ball (DuraFast 40) prevails in top play. But my theories on which ball encourages the power game are still in process.

Okay, I'm probably wrong about all this. I hope I'm wrong and rallies get even longer. But the sport is going somewhere, and younger athletes than me will define that path.

Then again, perhaps the USAPA will dictate a nerf ball!

These blogs make wild speculations so easy and forgivable. What matters much more than my opinion?  Your opinion. Please blast away!