If you think you know where you stand when it comes to elongated paddles, you may have to reconsider thanks to ProLite's Cypher Pro. 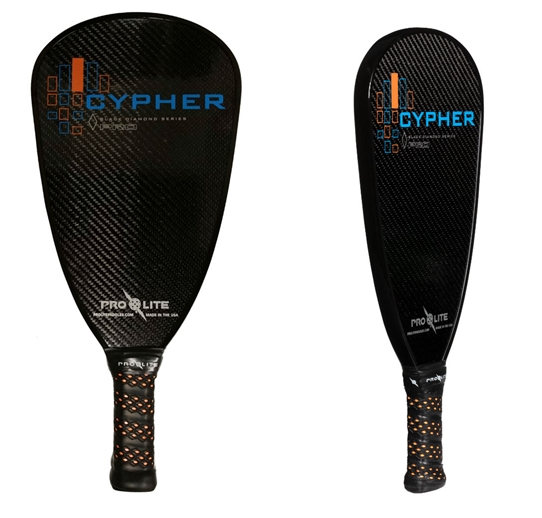 Regardless of whether you're a beginner or a pickleball veteran, this paddle has been blowing away players' expectations and creating exceptional torque and power on the courts.

This is a piece of equipment that truly needs to be played with in order to experience why it's so unique. For those who haven't already heard about ProLite's Black Diamond paddles, their main draw is the use of a carbon fiber face.

While many players know of graphite (which is a form of carbon), these carbon fibers are literally arranged in a 'weave' which causes them to play in a very different manner.

Listening to ProLite's R&D team, we found that carbon fiber is renowned for its ability to create friction at slow speeds. This is why, despite the Cypher Pro's glossy surface, players are still able to create plenty of spin with each swing. When viewed under a microscope, you can literally see the small hairs which help grip the ball.

Even more interesting is that these fibers decay over time and use, but rather than weakening the paddle, this further contributes to the amount of torque you can generate. This may be the first paddle which gets better with age! 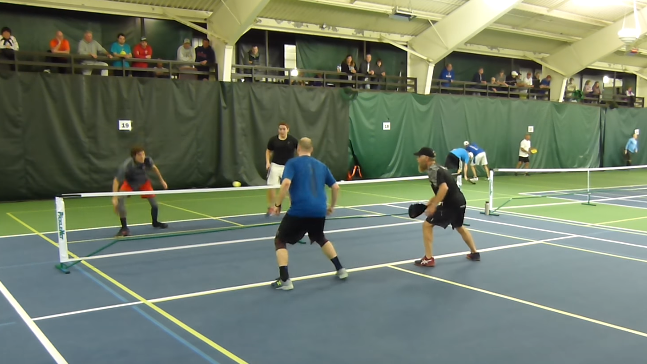 Bill Ritchie with Cypher Pro at the FCTC Spring Swing 2018

Additionally, carbon fiber disperses energy throughout its composition rather than absorbing it. This not only reduces shock to the joints, but allows players to 'defuse' fast shots and return pickleballs softly over the net for maximum control. When you do want to add power, since the fibers correspondingly create less friction at high speeds, the surface feels stiffer and allows for the execution of hard-hitting slams.

The Black Diamond surface also keeps the Cypher Pro within its current 7.3 - 7.6 oz weight range, which many find ideal when it comes to balance. In comparison, the Chrome N-R-G is more head-heavy while the Cypher Pro feels evenly weighted along its body.

The Cypher Pro's carbon fiber surface is certainly its main draw, but we can't ignore the design's exceptional sweet spot either. Due to the tapered shape, the Cypher Pro provides a larger sweet spot than many other elongated paddles, meaning it creates an incredible 'snap' that feels truly responsive.

'When you look at long drive champions in golf you'll notice the clubs they use are correspondingly elongated to generate a high level of impact and torque. That’s crucial in pickleball as well. The Cypher Pro's length allows it to create that snappy response, while the slightly lighter weight generates more swing speed. The tapered neck has an aerodynamic shape, so despite the size it can move very quickly.

'Comparing this with our Titan, you still get the Black Diamond series' great energy dispersal, but the Cypher Pro eliminates excess surface area while increasing the size of the sweet spot thanks to its rounded top. It took us quite a bit of time to develop the shape in a way that evenly distributed power throughout the paddle, but the results have definitely been worth it.' 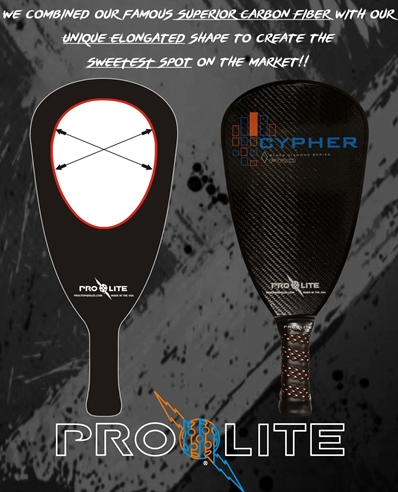 At PickleballCentral we don't always recommend elongated paddles to beginners due to the smaller amount of surface area found in such models, usually requiring precision that newbies haven't developed yet. Yet impressively, Neil also noted that many play testers and current users of the paddle have found it to be very accessible.

'It's been interesting! I was surprised to find that beginners were able to adapt so quickly to the shape as well. The tapering and rounded top really do increase the sweet spot to such an extent that players find it adequate for their needs, and the weight distribution feels comfortable in their hands. I think that's something we sometimes discount too easily—simply the way a paddle feels. But if a paddle is comfortable then you find many people gravitate toward it. It really hasn't taken more than a game for players to adjust to.

'What I've also noticed is that players who are middle-aged or older really appreciate the paddle's length, since it allows them to reach for balls without having to bend as much. They're covering more ground without feeling it in their body. So the shape actually ends up working to their advantage.'

In our own play testing, we can certainly confirm the Cypher Pro's predilection for spin—just check out the reviews in our Expert's Corner. Neil agrees that using the paddle, players can focus on their third shot drop to create more of a 'dip' in trajectory, leaving opponents off guard with a shot below their waist which then quickly pops back up. Even when returning volleys at lower angles, the Cypher Pro allows you to whip the ball back and keep others on edge.

The Cypher Pro's versatility, balance and aggressive play style have made it a popular choice across the board, but for the curious, several pros have already made it their top choice on the courts including Bill Ritchie and Craig Schaper.

If you want to be able to redirect shots with high velocity and low effort, the carbon fiber in the Cypher Pro will do its job every time.

Give the Cypher Pro the play test it deserves by taking advantage of our 30-day test drive policy, but we think you'll likely end up keeping this adaptable option!