All Heart Award: Jeff Anthony and the Pickleburg Community

Jeff was an active tennis player before trying pickleball 4 years ago. Jeff likes competition, likes being responsible for his own behavior on the court and is willing to “share” in doubles. The first time he played pickleball, he injured his Achilles tendons in both feet. So, after recovery from his initial pickleball injury, he’s been actively playing for 2 years now. He feels fortunate that others took the time to show him how to play. He loved the game of pickleball so much that he did a lot of research, like how to get started, how to get better. Since necessity is the mother of invention, he then designed and built the Pickleburg website to share what he learned with others who asked about pickleball. He was so amazed by the number inquiries he received about how to get started that he put buttons up front on the website, “Getting Started” and “Getting Better”.

Pickleburg is not a club, it is a way to find information about pickleball in the area. Jeff does the Pickleburg website for fun. When he posts new articles, it means he has learned something new about pickleball that he wants to share with other pickleball fans. He encourages folks who contact him to register on the website so they can have access to contact information of other players in the area. Registration also helps in the sending out of announcements, especially when there is inclement weather and the pickleball schedule or venue has to be changed. How big is Pickleburg? Although primarily focused on supporting and growing the sport in Williamsburg, Pickleburg.com receives visitors and inquiries from across the US and Canada.

Jeff was approached by a regional Ambassador about 2 years ago to become a USAPA Ambassador. It seemed consistent with what he was doing through his Pickleburg website. Jeff comes from a military background that had an emphasis on collaboration and hi-performance environment. Collaboration is key to a great tournament, especially with the Williamsburg Fall Classic. The James City County Parks and Recreation Department (JCC P&R) has worked with various groups through the years to support the growth of pickleball. JCC P&R puts on the local pickleball tournament, the Williamsburg Fall Classic. The tournament draws top players from the state and up and down the east coast. This year, the tournament will be expanded to include a local player day and then added clinics. 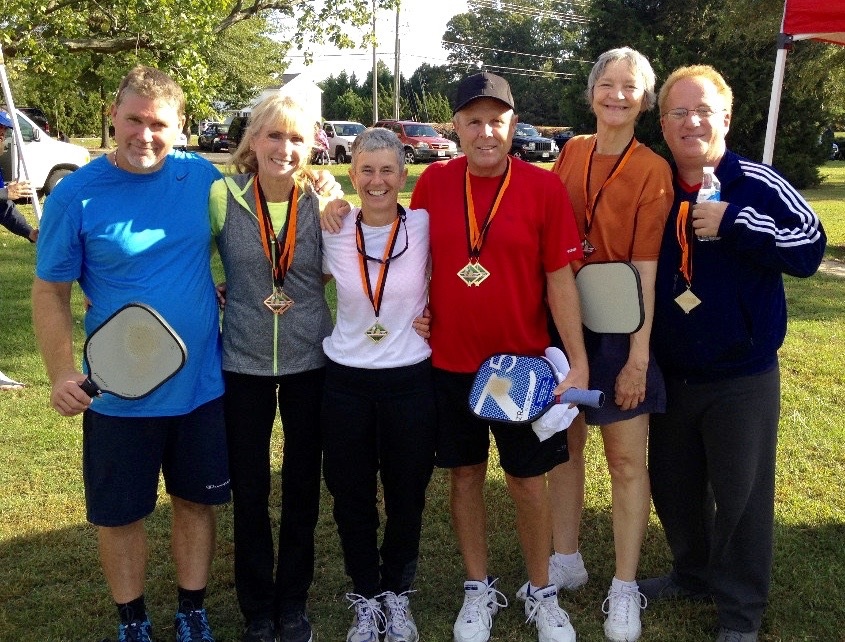 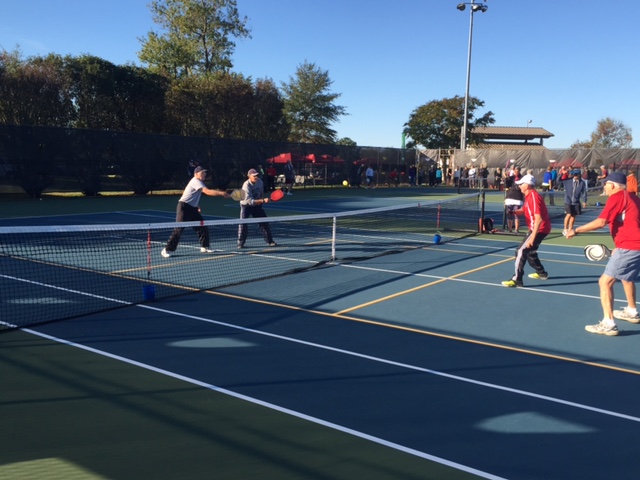 The Pickleburg website makes it easier to promote the game with one voice. Jeff helps the JCC P&R with media releases, promotional materials and reaching out to potential sponsors and by posting registration info on his website. People who have been involved in pickleball longer than him have helped put it on the actual Williamsburg tournament.

Jeff is also a pickleball coach, and when he holds classes, he has them work for an hour and then he lets them loose. He starts slower with his classes. He is really aware of the potential to hurt oneself with too much play. He has a catch phrase about the potential harm of overplay: “green legs and hamstrings.”

The local Pickleburg folks do clinics in cooperation with the James City County Multi-Sport Summer Camp for Kids: offering classes for the 7-9 year old and the 10-12 year old age groups. It is a good way to bring forward a child’s ability to pay attention. They may not always pay attention in school, but every one who attends their summer clinics really pays attention. They also do a clinic for 80-somethings at a continuing care community. Those folks are excited and enthusiastic to try it; they are all still kids inside. That is why he loves the game: it is so easy to be enthusiastic about it. 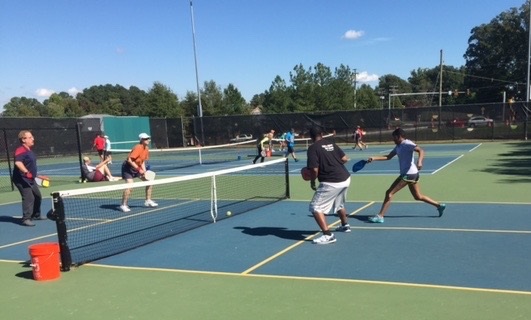 Jeff and the whole Pickleburg Community are to be commended for their efforts to spread the good news about pickleball through tournaments, clinics and just plain fun playing the game.