Last week we went on an exciting journey to India with Sunil Valavalkar of AIPA. Be sure to check it out if you haven't had the opportunity yet! While we summed up a lot of info, there's more to share about the growth of our favorite sport in India. 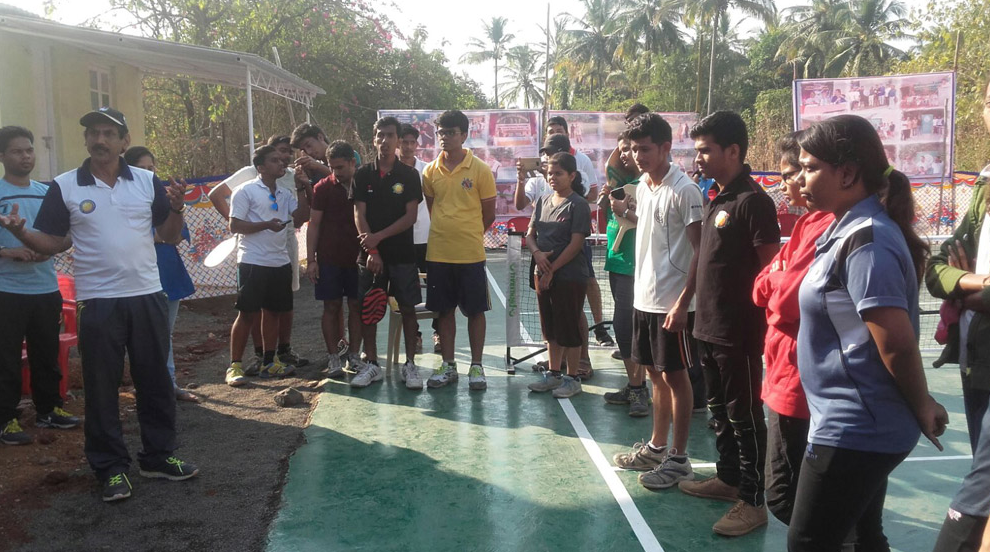 Sunil at the opening of AIPA's second dedicated pickleball court

As before, feel free to skip to a section in this article using the links below, or read the story in full.

Indian Response to Pickleball
Pickleball in Indian Schools
Getting Pickleball Equipment in India
Pickleball Tournaments in India
AIPA's Goals for the Future
Why Visit India?

We always love hearing about people's initial reactions to pickleball, so we asked Sunil about his experience sharing the game.

“It’s very exciting to watch people’s first reactions. Most don’t believe they’re able to play a sport so effortlessly. They find it’s a good stressbuster and full of fun. It also demystifies the taboo about sports—I’ve seen people aged 40+ who have never held a racquet or entered a sportsground in their lives, yet when they take their first shot playing pickleball they feel overjoyed. Like they’ve been reborn.”

Another happy story follows, as Sunil recounts a time when he took the game to the streets of the city on a Sunday morning. 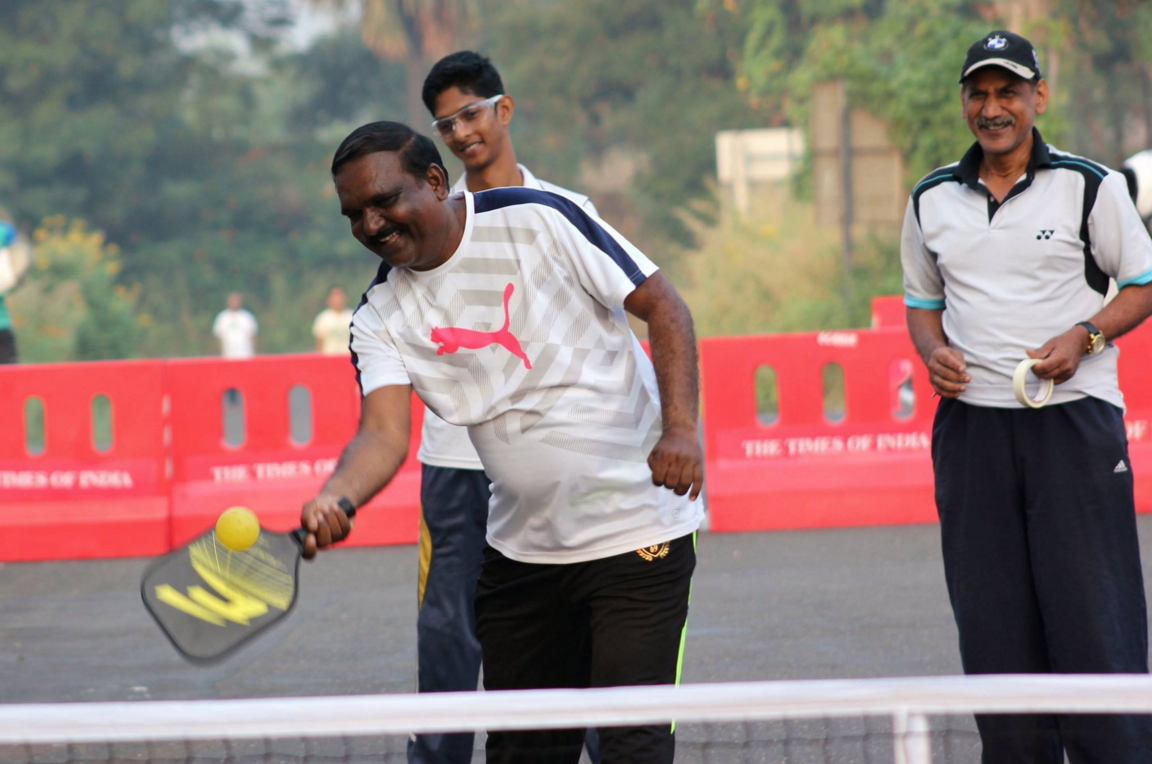 Sunil with the mayor of Navi Mumbai, Sudhakar Sonawane

“One thing is for certain, once people start playing, they don’t want to stop! One day when we were doing a demo on the city streets we had only one court and 2 hours to play. Many people were waiting for their turn to experiment, but when a veteran politician stopped by we allowed him to play a bit longer than usual. After he’d been playing for a while the gentleman suddenly shouted, ‘Someone please snatch this paddle from my hand or I’ll never leave the court!’”

Clearly pickleball has a broad appeal, so we were also curious how kids felt about pickleball and whether or not it was easy to get the game into schools. Despite complications, Sunil sounded determined!

“Convincing schools to offer pickleball is one of the most difficult tasks. As far as sports go, everyone is dreaming of scholarships based around cricket. To make matters harder, this viewpoint is pushed by school associations and the government since it’s an Olympic sport that might bring a medal for the country.”

“Still, I would say the main deterrent to pickleball is the population’s mindset. Sports in general rank low on everyone’s priority list (except for the dedication to cricket), and most people are budget-conscious so they're reluctant to invest in something they’ve never tried before. That paired with a lack of ‘return’ in the form of sponsorships makes selling pickleball tricky.”

“No celebrities are currently endorsing it here, and finally, sports are still under the control of the government. One of the most important conditions for a sport to get approval here is that a governing body should have full control on a national and international level, which we haven't managed yet.”

Pickleball demo at a school in Vile Parle, Mumbai

Sunil goes on to say that regardless of these roadblocks, he will email, call, send materials, make personal meetings—whatever needs to be done to arrange demos for pickleball in schools.

Getting Pickleball Equipment in India 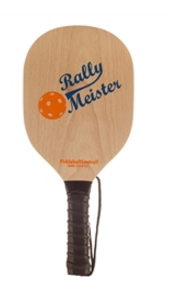 Another challenge Sunil mentions is securing pickleball equipment. Originally it was solely on Sunil’s family to distribute paddles and balls to newcomers free of charge, and even today he tries to supply people as best he can.

However, as more players get into the sport, he encourages players to get equipment themselves. Other fans have offered to help, and some have ventured into manufacturing wood paddles, but the quality has not yet matched Rally Meisters. The balls cannot be manufactured in India so they still rely on PickleballCentral or Pickleball Inc. for their supply.

Sunil says that although importing is expensive, he believes the quality of the products make up for it and may still turn out to be cheaper than local manufacturing in the long run.

AIPA has never been directly involved in product distribution since it is a governing body, but they do support local enterprises as they arise.

For local/district tournaments AIPA doesn’t have to get involved too much. Usually they’re one-day affairs and accommodations aren’t needed for players. The main concern in these instances is providing courts and food arrangements. During the past 5 years AIPA has organized over 50 tournaments like this with 100 players taking part in each. These situations are cost effective as well, since they don’t need sponsors and costs are covered by player entry fees.

Conducting tournaments on state and national levels is more involved since the most important criteria is arranging accommodations for players visiting from different locations. In these cases AIPA usually needs to request sponsors, which are difficult to get—companies may cover food or prizes but not facilities for players to stay. 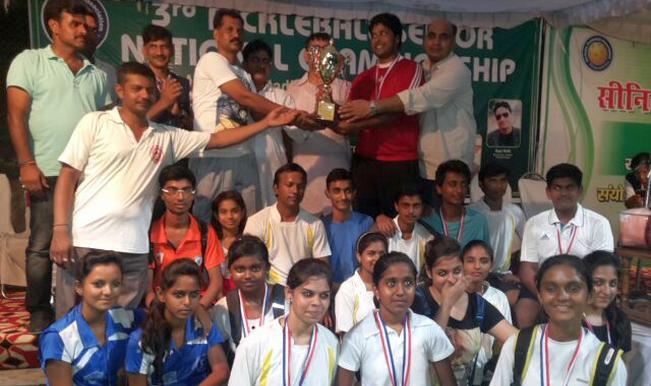 Participants in the 3rd National Pickleball Tournament in India

The second most important aspect of dealing with larger scale tournaments is accessibility, in that the venue needs to be open to public transport, railways or roads. The last requirement is choosing a venue that can be attended by the media and key persons so pickleball can get in front of a larger audience and policy makers.

AIPA's Goals for the Future

AIPA’s main goal is to continue sharing pickleball with all 29 states of India. They wish to grow organically instead of rushing and finding themselves spread thin. Sunil also wants to streamline a steady supply of pickleball equipment to India.

Finally, they would like to formalize their relationship with the International Federation of Pickleball to create an active dialogue about pickleball throughout the world, and help bring pickleball to neighboring countries like the Middle East, Malaysia, Japan, Sri Lanka, etc.

To close out the interview we asked Sunil what he loves most about pickleball and what he recommends Americans should do if they visit India.

“My favorite thing about pickleball is its grace, the style with which you can return any shot, the experiments I can try that I couldn’t do in tennis. I feel my efforts in pickleball have actually improved my tennis game. Also, I appreciate pickleball’s adaptability since it can be played on any hard surface.”

“As for India itself, there are plenty of things for Americans to enjoy. Diversity is the biggest factor. From colors to sounds and smells, you’ll find plenty of variety here. Each state in India has different food and culture, languages, history and geography…”

“There’s 24/7 bright sun to always put you in a good cheer. Warm people, good food and a safe place to sleep… what else does anyone need? It’s all here in India. Come visit!”

A special thanks to Mr. Sunil Valavalkar for being so forthcoming about his experiences establishing pickleball in India! He is a wonderful person, so if any readers have further questions or comments please leave a note here or send us an email at info@pickleballcentral.com.