We’ve discussed taking pickleball on the high seas before, and it seems the game’s wave of popularity will only continue to rise.

In 2016 we first announced that pickleball was introduced to Norwegian Cruise Line’s “Pearl to the Caribbean” by ambassador Tom Widden.

Now, a USA Today article notes that there are currently 14 Holland America ships offering pickleball, with their newest addition, the Nieuw Statendam, to include the game on its launch in December as well.

Jack Thomas of the USAPA supports the idea and noted: “I think the cruise industry has figured out that pickleball is a very inexpensive way to attract and entertain their passengers and will soon become a must-have onboard activity,” he says. “It is super easy to learn to play, great fun for all ages and creates camaraderie among fellow shipmates.” 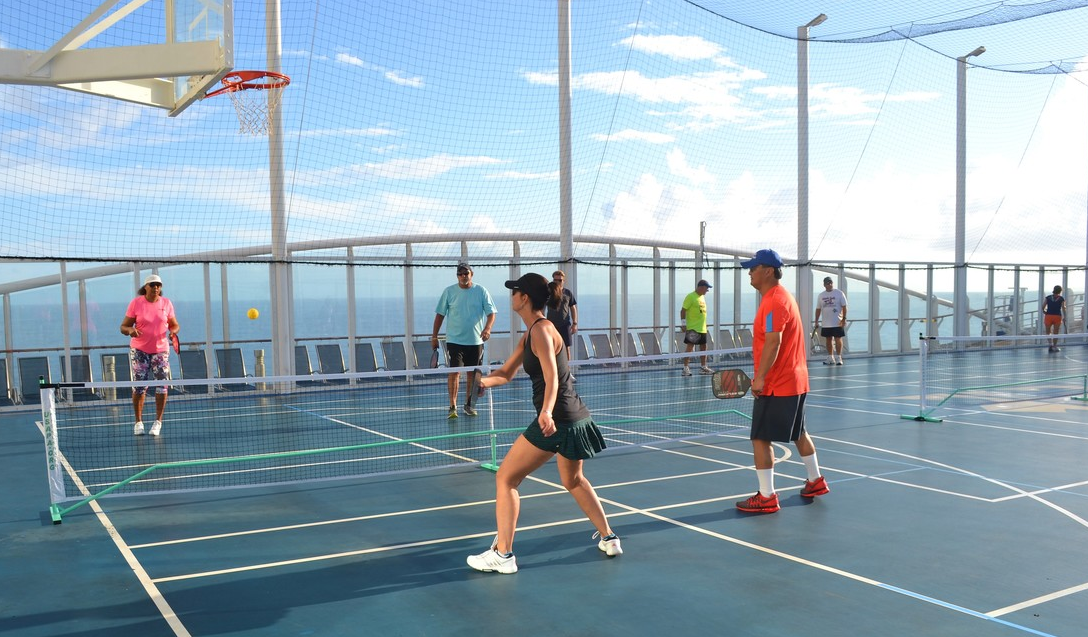 Other cruise lines such as Regent Seven Seas, which debuted pickleball on its 'Explorer' ship in June 2016, Princess Cruises and Royal Caribbean also offer the opportunity to keep your paddle arm in shape on several of their ships.

A blog post from Peachtree City pickleball members mentions that they took their own portable net systems, equipment and balls aboard a Royal Caribbean cruise, so we recommend checking with cruise lines to see if it might be possible to reserve pre-existing courts for pickleball use if they don’t already offer the game.

There are also more specialized opportunities to play pickleball on the ocean, such as through Engage’s upcoming “Clinic Cruise to the Caribbean” happening in September this year. Travelers will be swept away to the US Virgin Islands, Antigue and the Bahamas while being instructed by Robert and Jodi Elliott.

Playing pickleball while surrounded by gorgeous blue seas and tropical locales sounds like a good plan to us!

With low startup costs and the ease with which anyone can start playing pickleball, we’re eager to find more seafarers with paddles in their hands.

Would you be excited to travel in style while playing your favorite game?