The Mt. Charleston Pickleball Club in Nevada appears to be a really fun bunch.  They posted a picture on Facebook recently that caught lots of attention: 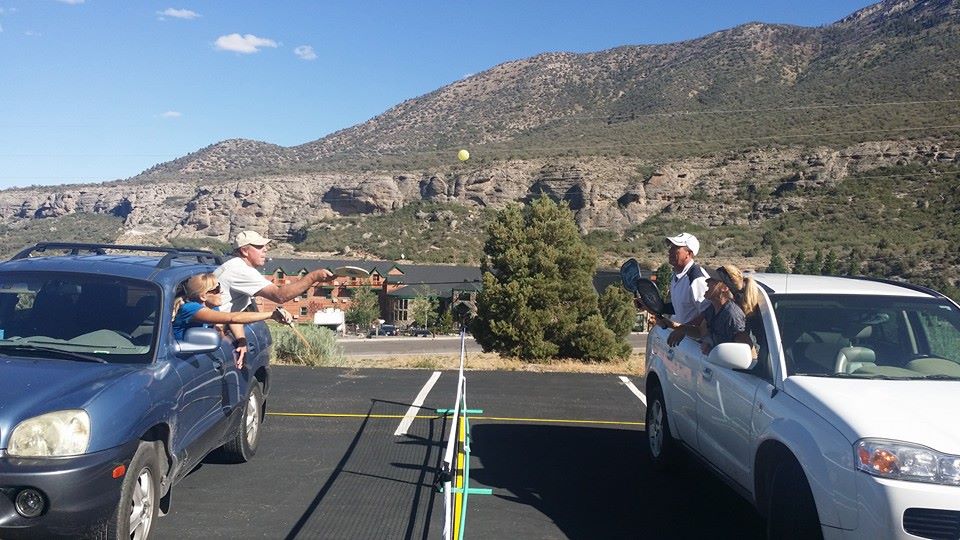 One viewer commented 'They need to Stay out of the Kitchen'!  Hahaha!

They are mostly police volunteers who love getting together and having fun every week.  As I looked at all the photos of the happy bunch of pickleball club members, I saw photos of folks posing with a lovely teapot.  I had to ask, what's with the teapot?

Lauren Olson, one of the members responded: 'As it happens it was quite by accident. My husband, Chris, was chasing after a pickleball which went into the bushes and came back with the teapot.' 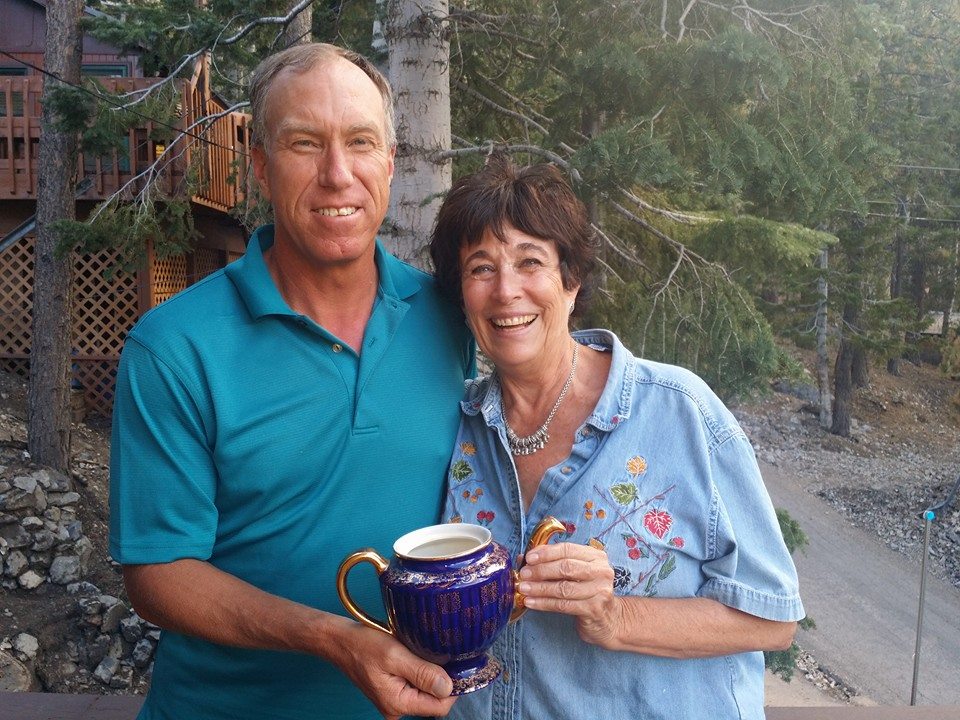 Chris and newcomer Liz won the pot in September 2014!

'Brenda Talley, one of our players, said that we should make that our trophy. She took it home, cleaned and polished it and the next time we played I suggested that everyone keep track of how many games they win and the top two people will win the 'pickleball pot'. They then get their picture taken with the pickleball pot each week. It's become a coveted award.' 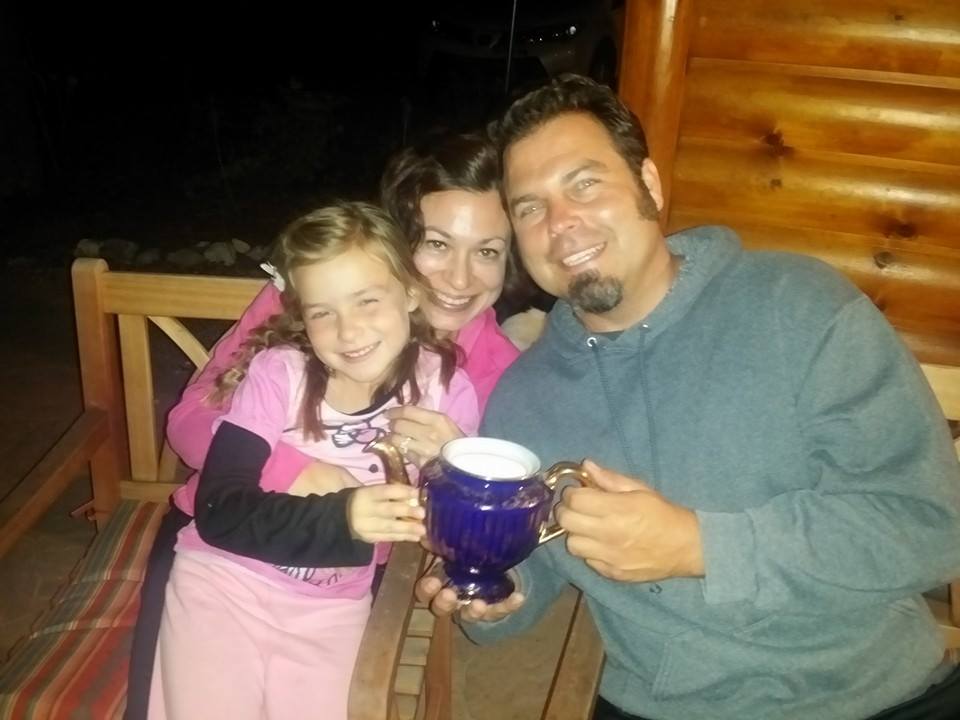 'Another one of our player's children decided since it was a 'pot' it needed money inside of it and now it has gold plastic coins inside. It has been fun.'

Yes I can see that this club knows how to have fun.  Thanks for sharing your story with our readers!