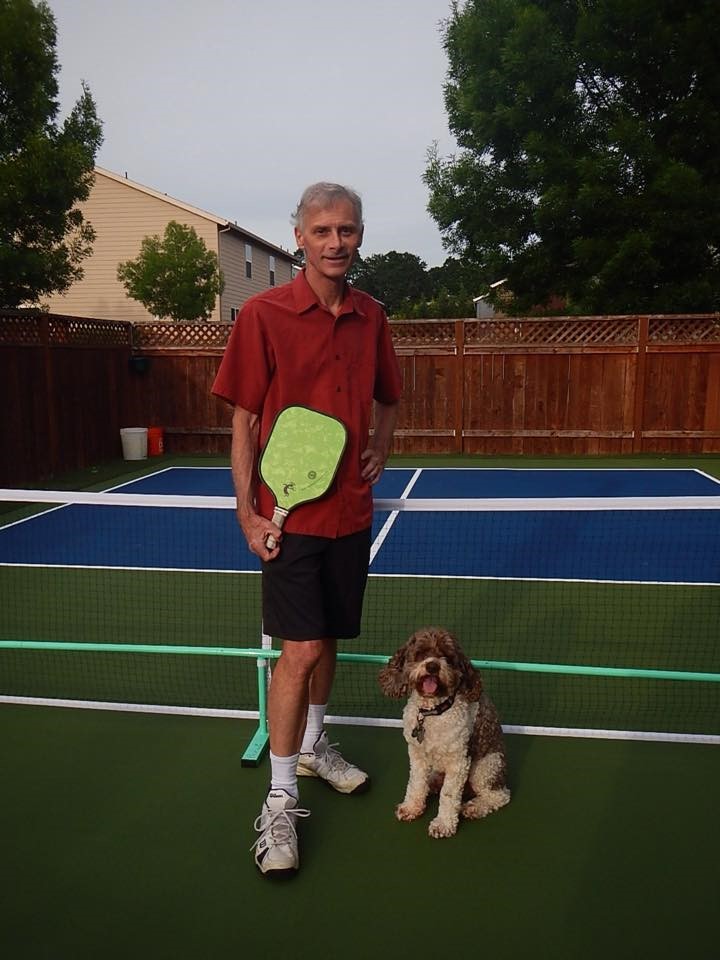 Steve Paranto has been a mover and a shaker in the world of pickleball since the 1970s. He loves this game and shows no signs of slowing down in his dedication to pickleball. Enjoy!

I placed 2nd in both singles and doubles in the tournament billed as the world’s first Pickleball Championship in 1976 at Southcenter Athletic Club, which is very memorable for being so long ago.
My first major gold medal would have been around 1984 or '85 with my men’s doubles partner Richard Skevington. It was one of the first USAPA Doubles Championships held in Tacoma, Washington.

I have also won:
Four-time Senior Singles Shampion at the Huntsman World Senior Games
Three-time National Senior Men’s Doubles Champions with my Partner Randy Bither
Indoor Senior Mixed Champions at the National Indoor Tournament with Sheila Schooner
2012 Men’s Open Doubles Champion with Randy Bither beating Enrique Ruiz and Don Paschal in the final. (This was only a few months after they had just won the open division at Nationals.)
2013  and  2015 Men’s Open Doubles Champion in Bend playing with Wes Gabrielsen
Numerous senior titles in singles, doubles and mixed doubles in Oregon, Washington and Idaho 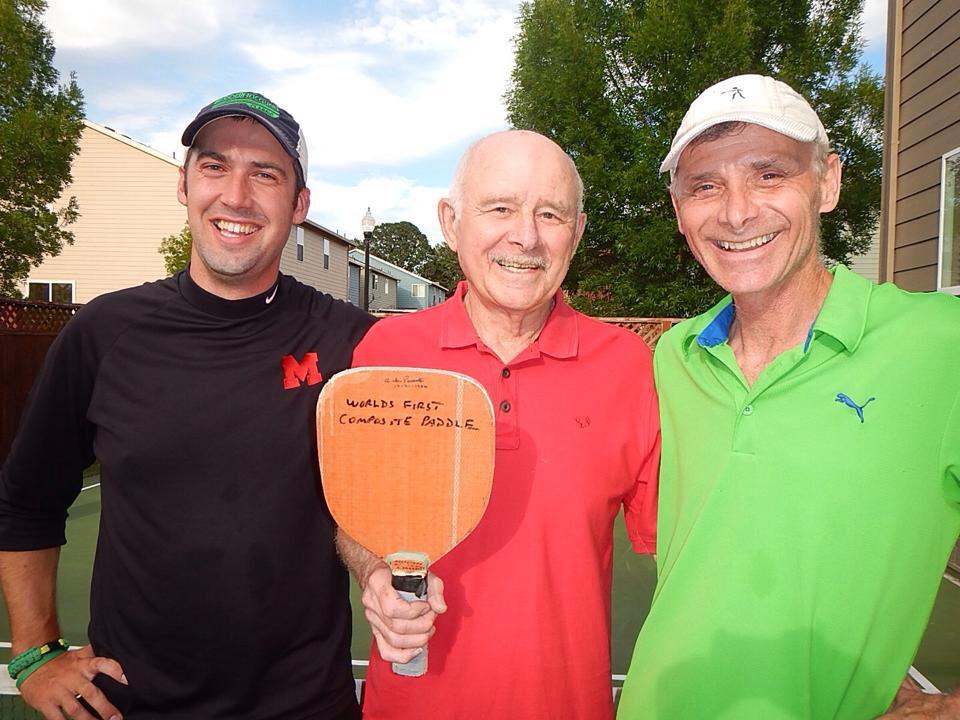 I've been playing with Onix paddles for tree years now. My favorite paddle is one I actually designed for Onix, the Summit. It has great reach, control and a fair amount of power. There are so many great paddle choices today with so many quality companies getting involved in the sport. I'll always have a soft spot for Pro-Lite because my dad started that company back in ‘84. It was the first composite paddle, and really all of today’s paddles are basically a copy of the Pro-Lite composite paddle. I actually designed the Magnum Series paddle back in the mid-eighties. The Magnum Graphite Stealth Burst is still being used by Wes Gabrielsen today.

I was first introduced my freshman year at Green River Community College (GRCC) back in the fall of 1974. It was a popular intramural sport at the college and also taught as a physical education class. All of the tennis players from GRCC loved playing the game. I played in every tournament the college offered. I still have pickleball trophies from as far back as 1974! I have also helped teach the PE pickleball classes at GRCC, so I've now been involved in playing and teaching Pickleball for nearly 43 years!

Since we have so much rain most of the year in the Northwest, most of my tournament and recreational play has been indoors. I love both, but I am probably a better indoor player than I am an outdoor player. 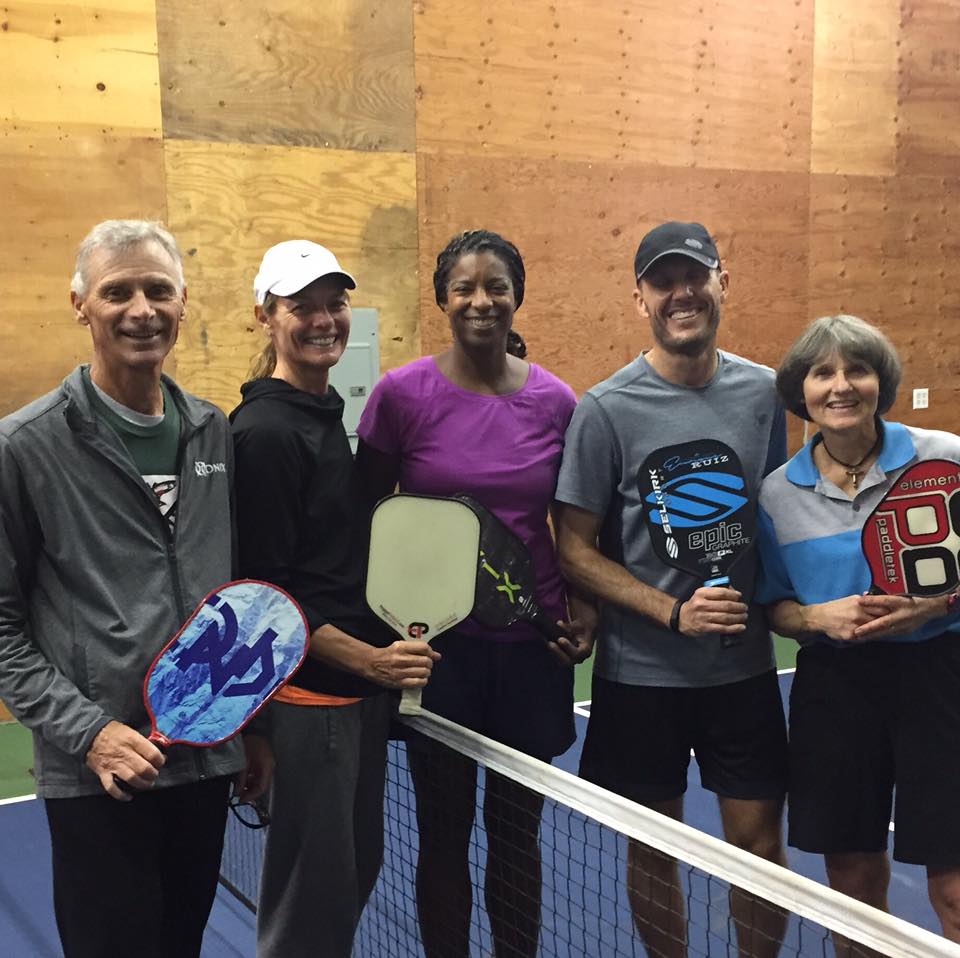 Looks like these folks had fun playing at Sheila's today

When I first started playing pickleball there was actually more of an emphasis on singles play than doubles. At that time I was also a tennis player, so singles was a very easy adjustment. I've had success in both, but I have to say as a senior player I would rather play doubles. The beauty of doubles is that you can play for hours and not get tired. Also, doubles in a lot more social and you meet more players. 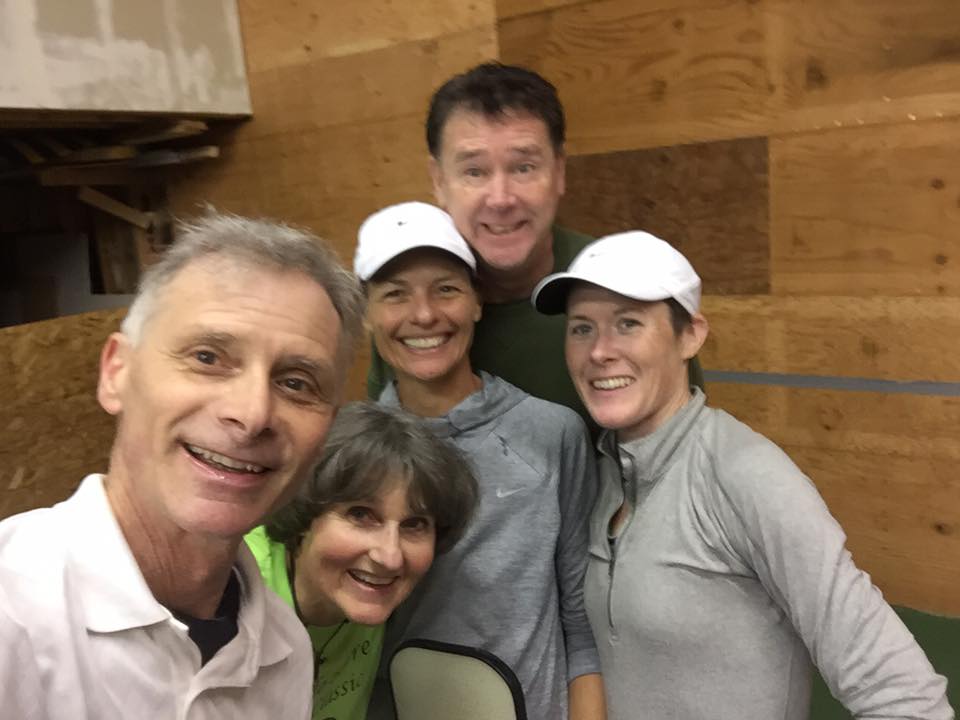 Well, my backyard has a court and during the summer I love having many friends over for pickleball. During the winter I love playing at Sheila Schoonover’s indoor court. Many of us from the Portland, Oregon area play quite a bit at Sheila’s house. June Crabb recently passed away, but she also had a wonderful indoor court at her house and some of my fondest pickleball memories are from playing there.

Nothing really special, but my partner Randy and I like to drill a lot before a tournament. We also found out that we can’t drink coffee the morning of a tournament. It just makes us too jittery and makes it hard to dink.

I am a retired Physical Education Teacher. I taught P.E. for 30 years to elementary-age kids. Pickleball was part of that curriculum! 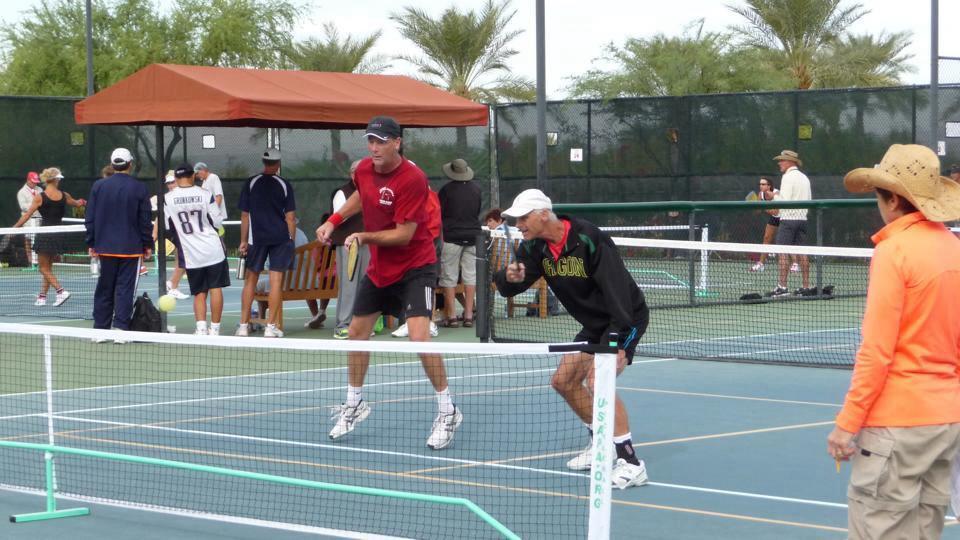 I play about 3 days a week for about 3 hours at each session. I also teach pickleball a couple more days a week.

I am now a senior player, so I make sure I pee before each match. Funny but true! 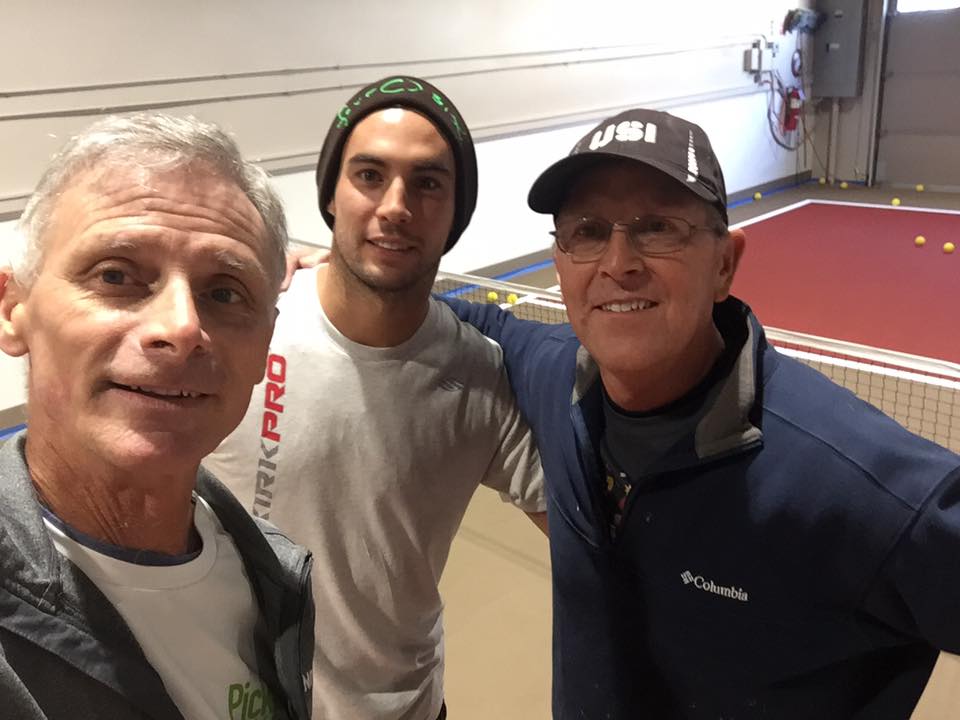 My goal is to stay competitive at the senior level and keep up with the new trends in the sport. I am an International Pickleball Teaching Professional Association (IPTPA) Certified Instructor, so I also want to keep improving my teaching methods.