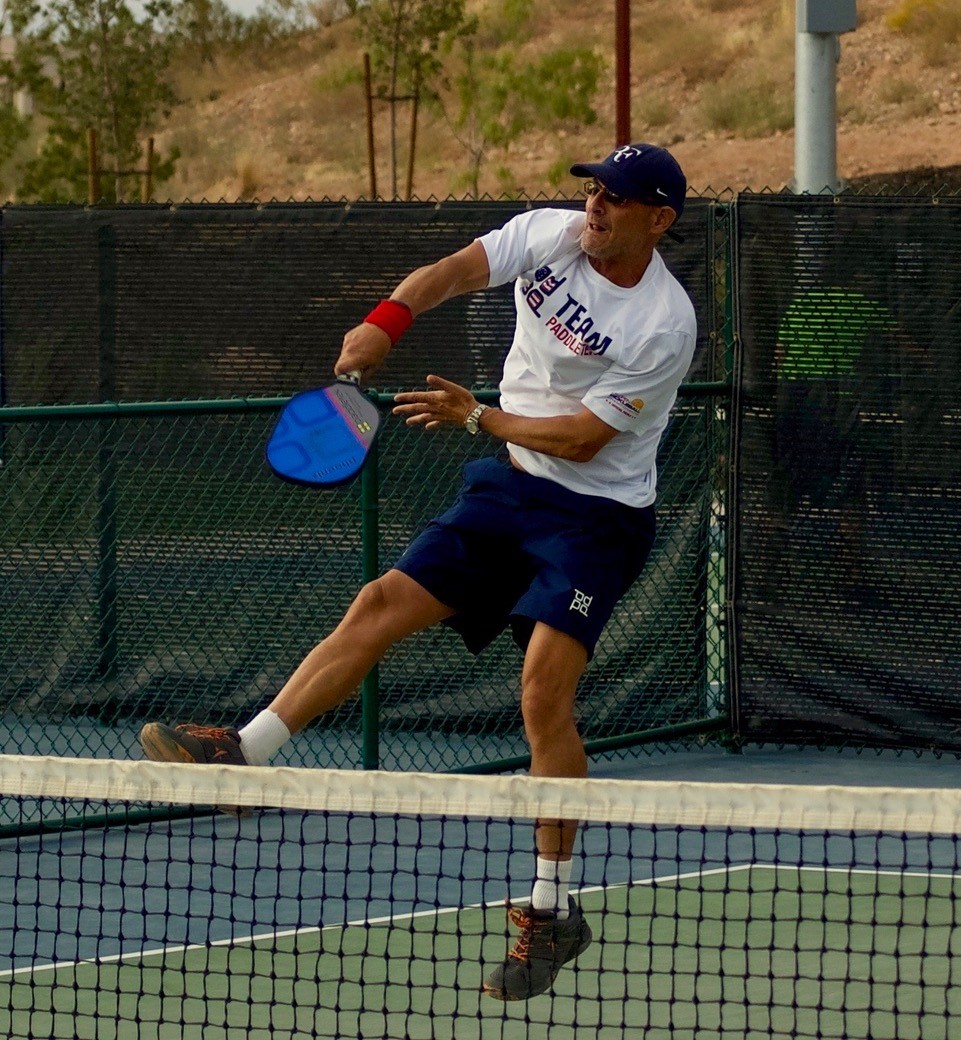 Roberto Donati is new to pickleball, coming from POP Tennis fame. He seems to fit right in with the pickleball pro crowd and he has a great sense of humor. There is no doubt that, with his quick rise to pickleball fame, he is one serious competitor. Enjoy!

I originally come from a sport called POP Tennis, which shares a lot of characteristics found in pickleball - consistency, touch, strategy and quick hands. I'd heard about pickleball for a number of years and finally in 2016 decided to give it a shot. When I visited my local courts in Santa Monica, and Manhattan Beach, CA, my Pop Tennis friends Don Schwake and Steve Hosohama encouraged me to continue playing. After visiting the Tustin, CA courts and doing fairly well with the local pros, I was invited to compete by pickleball legends Christine McGrath and Ron Chang. After winning Golds in the 4.5 Mixed and Men's Doubles, and Silver in the Senior Open Men's Doubles at the Andalusia tourney, I qualified for the 2016 US Open. Never having played a singles match in my life, I got the Bronze after losing my first round and working my way through the Back Draw. It's been a pickleball blast ever since.

I like the teamwork that's involved in doubles and I'm pretty easy going, so I tend to have fun win or lose. But my results have been better in singles.

I just got back from two weeks of pickleball in Europe. The excitement and eagerness of the players in Europe was a real surprise and treat. 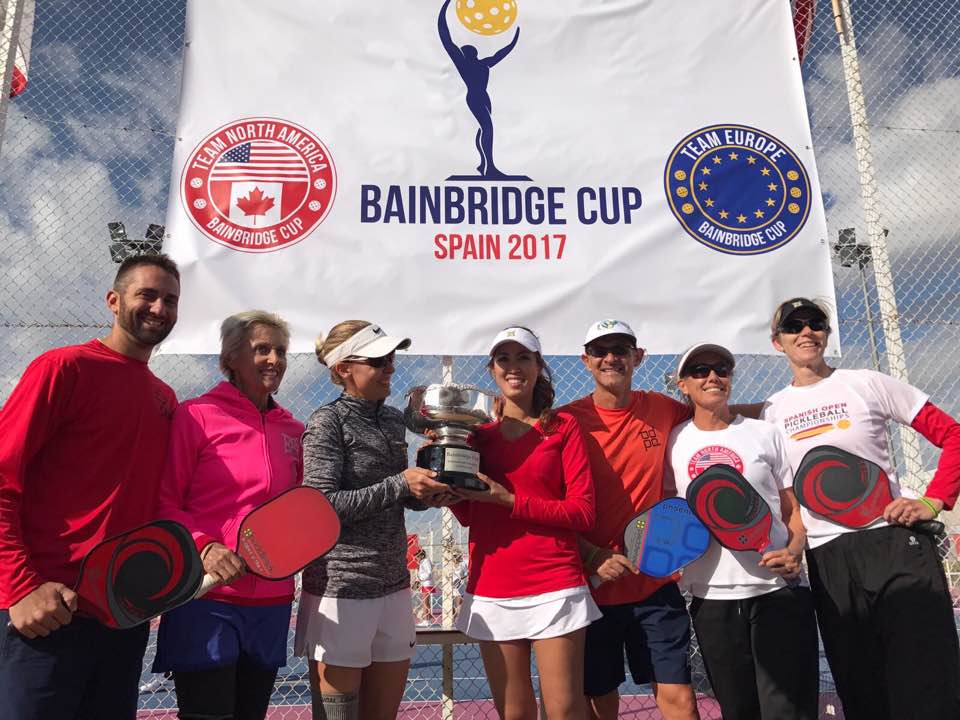 My number one tip to all players is... the NET IS YOUR ENEMY! I notice so many players lose too many points because they miss too many balls in the net. Better to hit out than in the net any day of the week. When I give clinics I always ask players to try a drill where they play a game and if you hit the net you lose 2 points. Amazing to see their games drastically improve.

Anything and everything that makes life interesting.

Yikes, I don't play enough. But don't tell my partners...

No CNN before a big match.

I feel I've reached so many goals already that I didn't think were achievable, like great wins over some excellent players. I think being able to introduce the greatness of pickleball around the world and share what I know would be a fantastic and achievable goal. 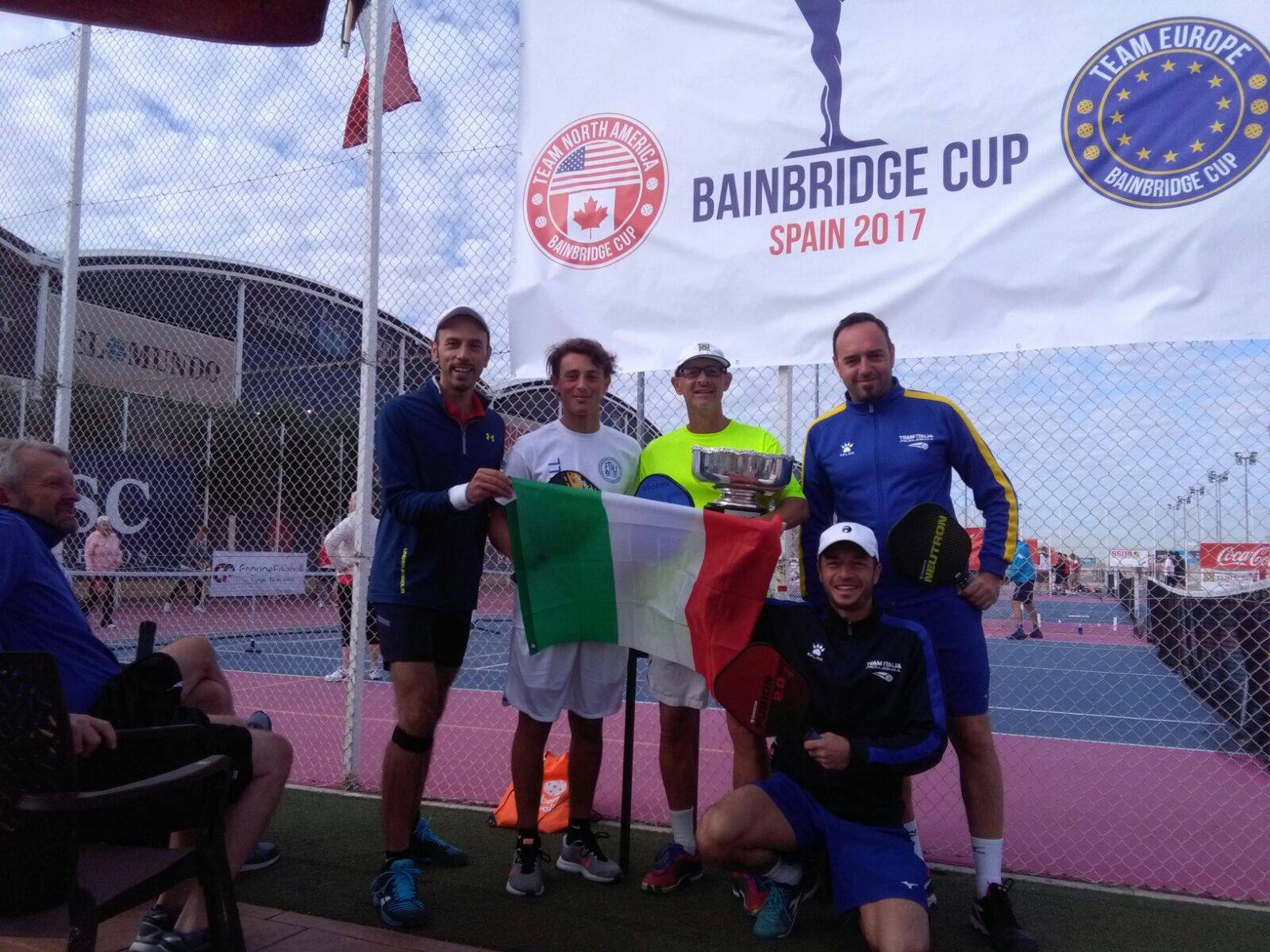 in Madrid, the Italian Team including Roberto Rospo, Mattia Astori and Roberto Donati

Ha! Well, thank you for saying that, but I have a lot to learn. I'd like to say thank you to the pickleball community for opening my eyes and expanding my horizons.