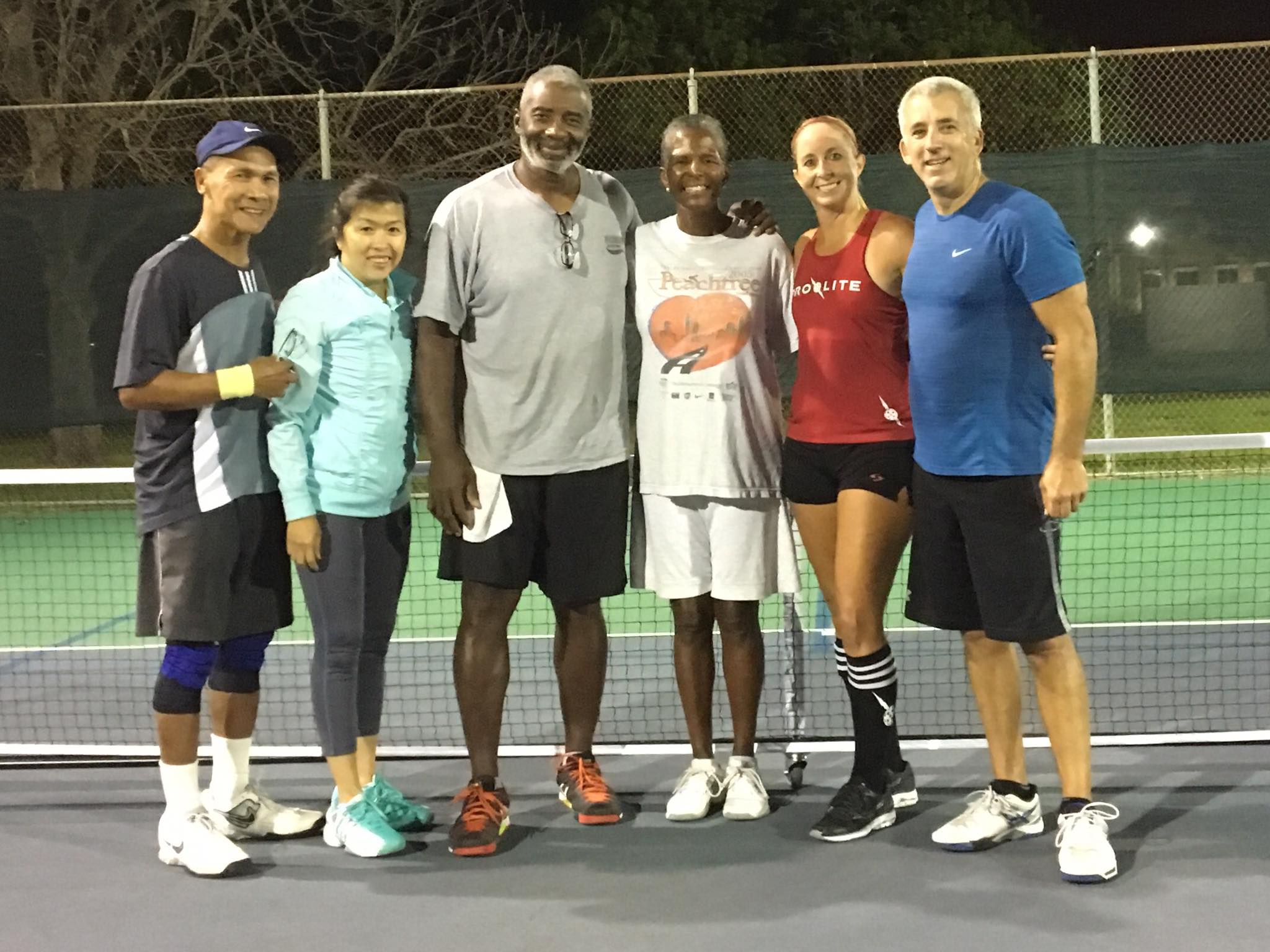 Marsha Freso and her husband Byron are well known in national pickleball circles. She is very humble about her level of play, but she has competed with the best and rides the Onix Bus, so she's a pro in my eyes. Enjoy! 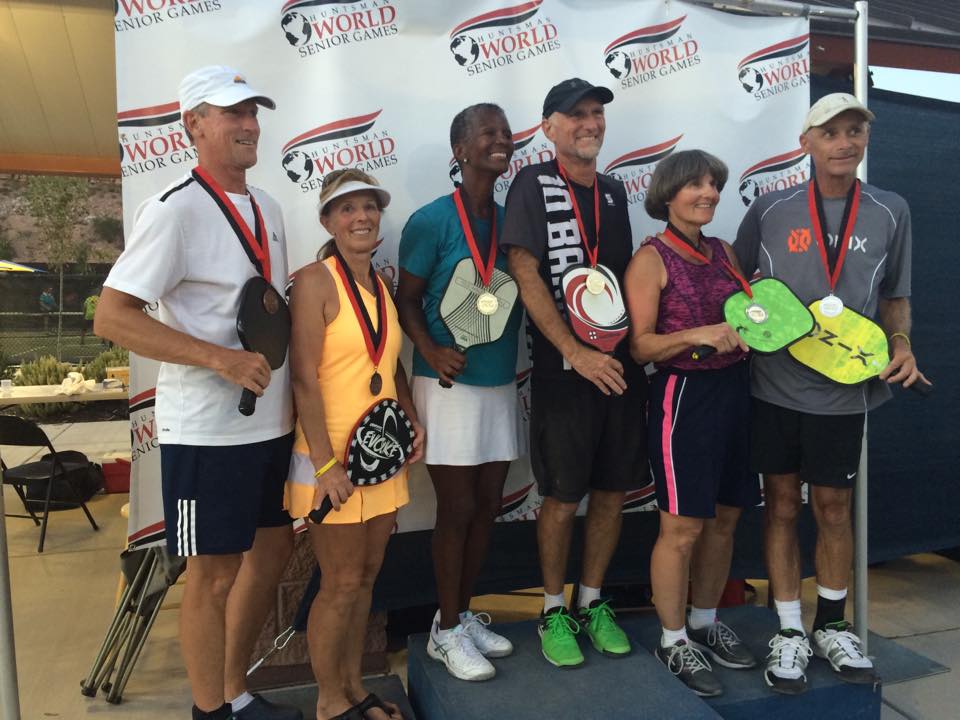 I’ve been playing with the Engage Blade for about the past two years.  It took me about a month to get comfortable using an elongated paddle. The Blade gives me extra reach, which definitely helps me get to more balls.

I found pickleball in 2011 when my husband and I moved to the Tampa Bay area in Florida from Atlanta, Georgia. Our community had four dedicated pickleball courts at that time and all our new neighbors said we had to learn to play pickleball. Of course, our response was the proverbial “What is pickleball?” After we played the first time, we were hooked! It wasn’t long before we started playing in tournaments in search for additional competition. We now travel the country in the “Onix Bus” --- what fun that is! 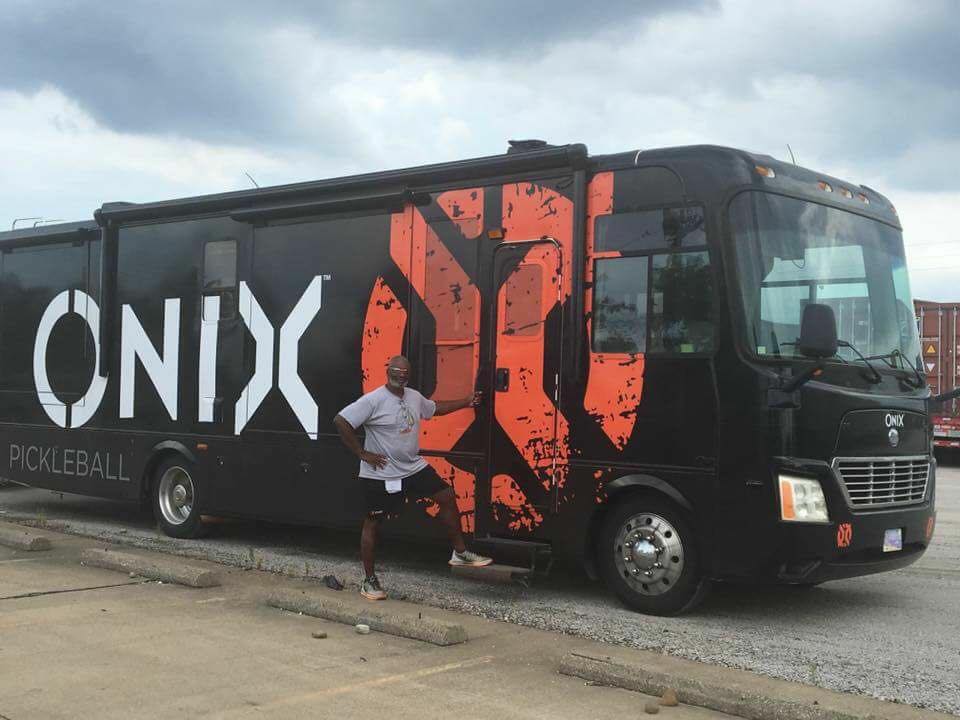 What is your preference: playing indoors or outdoors?

I prefer playing outdoors, but indoors is fun too.

I like them both. I enjoy the workout that the singles game offers, but I also like the challenge of working effectively with a doubles partner.

The courts at Pine Nursery Park in Bend, Oregon are unique in color and blend perfectly with the surroundings. I find it very soothing to play there.

I don’t have a “secret sauce.” I just try to get the ball back over the net and in the court. My primary tips are “have fun” and “spread the joy.” 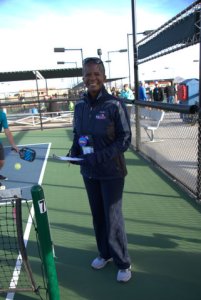 I have been retired for over 13 years, so my day job is having fun and being kind to others. Pickleball is usually on my daily to-do list.

I average a few hours of play every day. Remember---I’m retired, so I can play whenever I want to!

Nope. I don’t look at the draw; I just show up when I’m called to a court. It’s less stressful for me that way.

As a true super senior player (age 65+), my ultimate goal is to be the “last one standing.” I want to compete as long as I’m physically able.

I LOVE PICKLEBALL! I’m definitely not a pro player, but I am proud to have won or medaled in a good share of the tournaments I’ve played in.  The sport has truly changed my life and my husband’s by allowing me to make new friends everywhere and to be more physically active at this stage of my life than I ever dreamed.