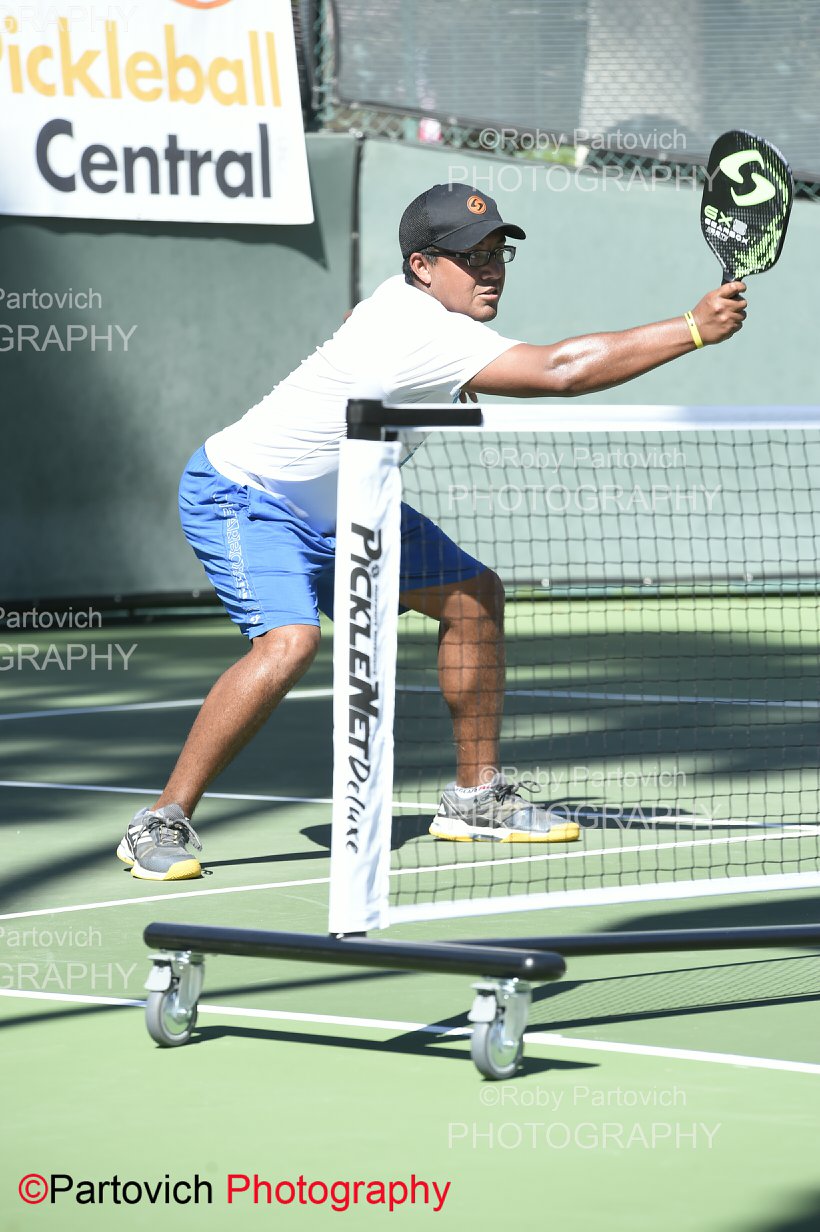 Jose Farias loves to play and teach tennis and pickleball. You have to admire a tennis instructor who falls in love with this game. Enjoy! 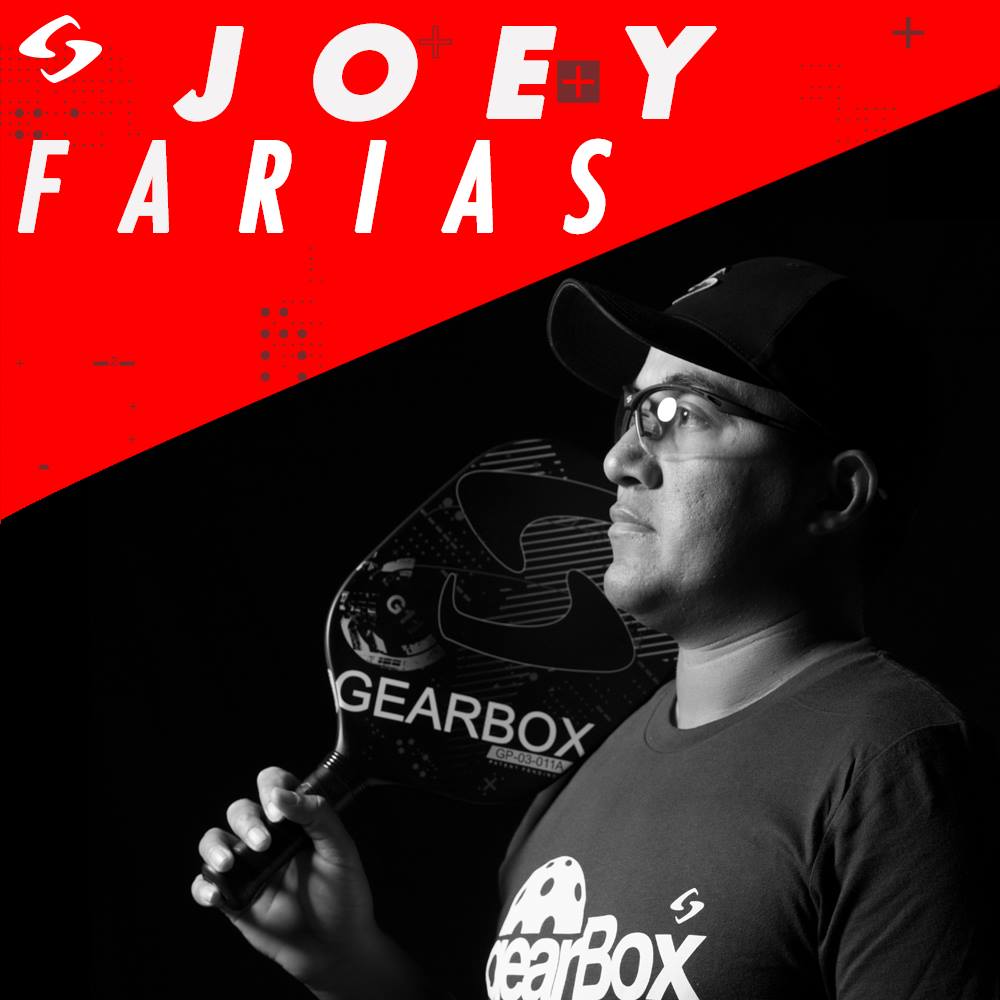 I play with the Gearbox GX5. I really enjoy the new paddle; I was able to put a lot of my input on how the paddle should feel and play, making it tailored to my preferences. It has plenty of pop and is soft enough for me to really control my shots around the kitchen.

I was a full-time tennis coach when I was introduced to pickleball in Lansing, Michigan, while working at a club that had 4 pickleball courts. I was introduced to the sport by Dan O'Toole and DJ Howard. I had a great group of 'new players' who were learning at around the same time and they were Corrine Carr Siebenschein, Simone Jardim and DJ Howard.

I enjoy playing outdoors more because that is what I am most familiar with and I sometimes have trouble seeing indoors.

I prefer doubles because of the strategy behind it and how different it is from tennis. Pickleball strategy is one of the reasons I fell in love with the game. My tennis background definitely helps with singles but it is a little too close to tennis to pick it as my favorite.

I would pick East Naples Community Park and the US Open to be my favorite place to play. I enjoy the atmosphere of the tournament and the courts there are world class. 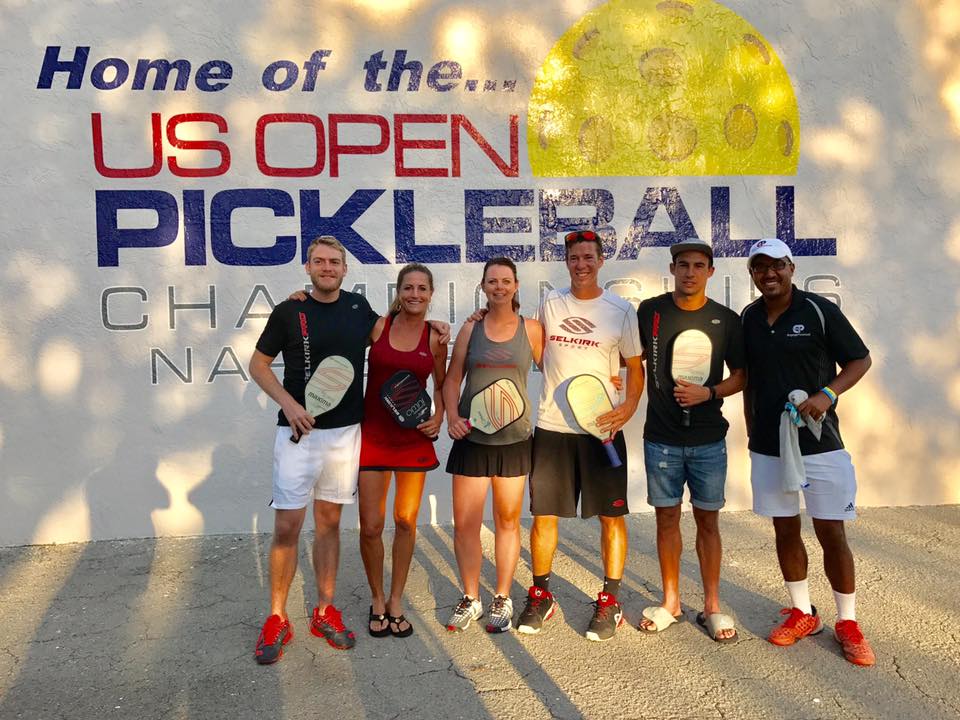 Jose Farias with friends at the USOPEN

I would say my secret sauce would be my deceptive shots, my one-handed backhand drive/roll and consistent dinks, especially from the right side of the court. If I could give one tip to players it would be to get as low and balanced as you are physically capable of and take more dinks in the air.

I was a full-time tennis pro but about a year and a half ago I became the Director of Pickleball at a Tucson Country Club in Tucson, Arizona and am now full time pickleball. I am an IPTPA-certified Pickleball Instructor and I travel all around doing clinics. Its a rough life, haha!

I practice about 4 hours a week, but I do teach close to 30 hours each week so I get plenty of dinking practice you could say. Since I do pickleball full time now I have plenty of time to practice, but in Tucson it's the lack of practice partners that I have to deal with. I have another 5.0 in town named Sean Rickard who I try to drill with when his schedule allows. 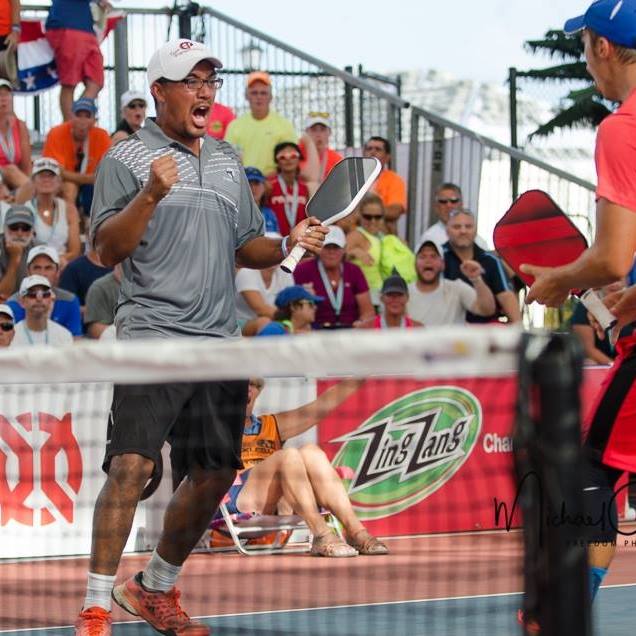 Joey Farias for the win - fueled by chocolate milk

I don't know if I would call it lucky, but something I tend to do before playing in a tournament is drink chocolate milk the morning of the event and possibly have a cookie.

My pickleball goals would be to help grow the sport in any way I can and to be a positive role-model on and off the court to up-and-coming juniors. I would also like to medal in a pro event in all three majors by the time I am done playing.

My experience being one of the top pickleball players has been amazing because I get to meet players from all over the world and travel. I now get to do what I love for a living, and it is such a blessing.