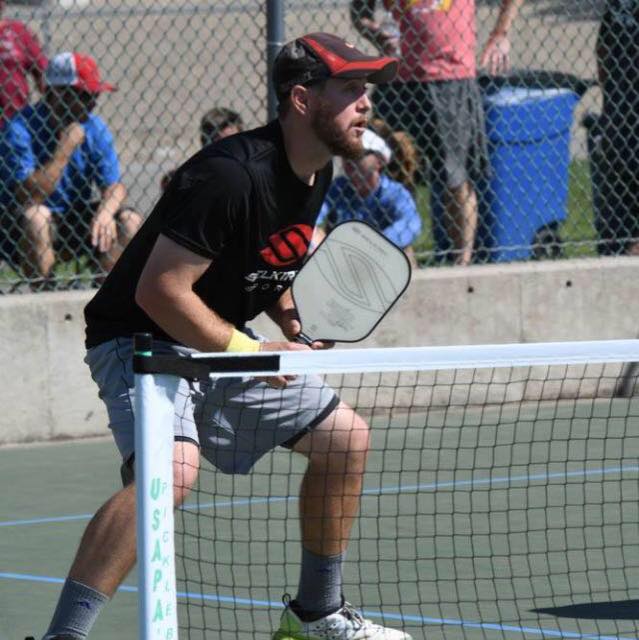 Brian is fairly new to the game and has already established himself as a formidable, yet humble, competitor with an awesome sense of humor. Enjoy! 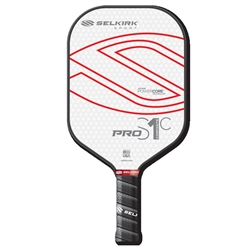 I am currently using the Selkirk Pro S1c. I have tried many brands and many paddles. But every single one of the Selkirk paddles feels great in my hand. I've stuck with the current model because it gives me what I think is a perfect mix between power and feel. My tennis game was all power. With pickleball you need that feel and soft-handed touches to keep points alive. This paddle seems to do it for me without making me try too hard.

The Thieme Brothers - Kyle and Brian

What’s your pickleball story? How were you introduced to pickleball?
My older brother, Kyle, was looking for a game that he and his wife could play together.  Both were strong Division 1 tennis players, and were hoping pickleball wouldn't aggravate her tennis injury. Unfortunately, she wasn't able to play without being in pain. Kyle called me knowing how much I love to compete, and told me to give it a try. So, I give all the credit to him for introducing me to this great sport.

Being from Arizona and knowing how to handle the intense heat, outdoor is all I've known. I've spent limited time indoors at the hometown church and recreation centers. Having just moved to San Diego, I'm sure I'll be spending more and more time outdoors as well.

Growing up playing tennis, I loved singles but was always a better doubles player. Hoping the same would transfer over to pickleball, I tried my hand in a few singles tournaments and discovered that it is a young person's game. I am only 27 years old, but watching the top singles players run around, dive and leave the matches bloody and exhausted just isn't for me anymore. I enjoy the 'cat and mouse' part of doubles, always having to think and make split second decisions.

I am not a well-traveled player, but plan to change that this season. I have only played at 3 venues consistently. The Starting Courts have a special place in my memory bank. To me a court is a court, and the people are what make it special.  My brother and I were extremely lucky to stumble into a group of guys in Scottsdale, Arizona that were very much above us. It was an honor to watch and learn while playing with guys like Aspen Kern, Matt Staub, Jotham Darrin and Erik Fosdick. I am now in San Diego, and my home courts are at the world-famous Bobby Riggs Tennis Center run by the Dawson family. The facility is filled with an amazing group of people. On any given night, you can find solid 5.0 matches on 5 to 6 courts.

Secret sauce? I make a pretty good salsa, if you have extra chips... but as far as playing goes, nothing really. If I had to pick something I would say my unpredictability. My college tennis coach once told me, 'You make some of the dumbest shot selections I've ever seen. But they work and your opponent has no clue what you're doing, so keep it up.' In pickleball that strategy doesn't work quite as well. My biggest tip for those willing to learn is the opposite of my 'secret sauce' - hit the ball over and be consistent. It's extremely hard to overpower someone at the top levels. So just be smart and hit the easy balls over and in.

I recently started a new career adventure as a foreman for a construction company working in the San Diego School District.

Six weeks ago, my answer was very different: only playing 4-6 hours per week. I have now been blessed with excellent pickleball just 10 minutes down the road, available 7 days a week. I am currently playing 20-25 hours per week, and will continue to do so as long as my body permits.

I've never been a superstitious player. However; if you refer back to my 'wins' section, perhaps I should try and adopt something. Anything can help, right?

The majority of my goals are more off court than on.  In a perfect world, all the top players would be able to use their skills to better their communities. However, my one on-court goal is to always medal higher than my brother.  It's a must to keep the sibling rivalry alive.

Have fun. If you're not having fun, it's not worth it.