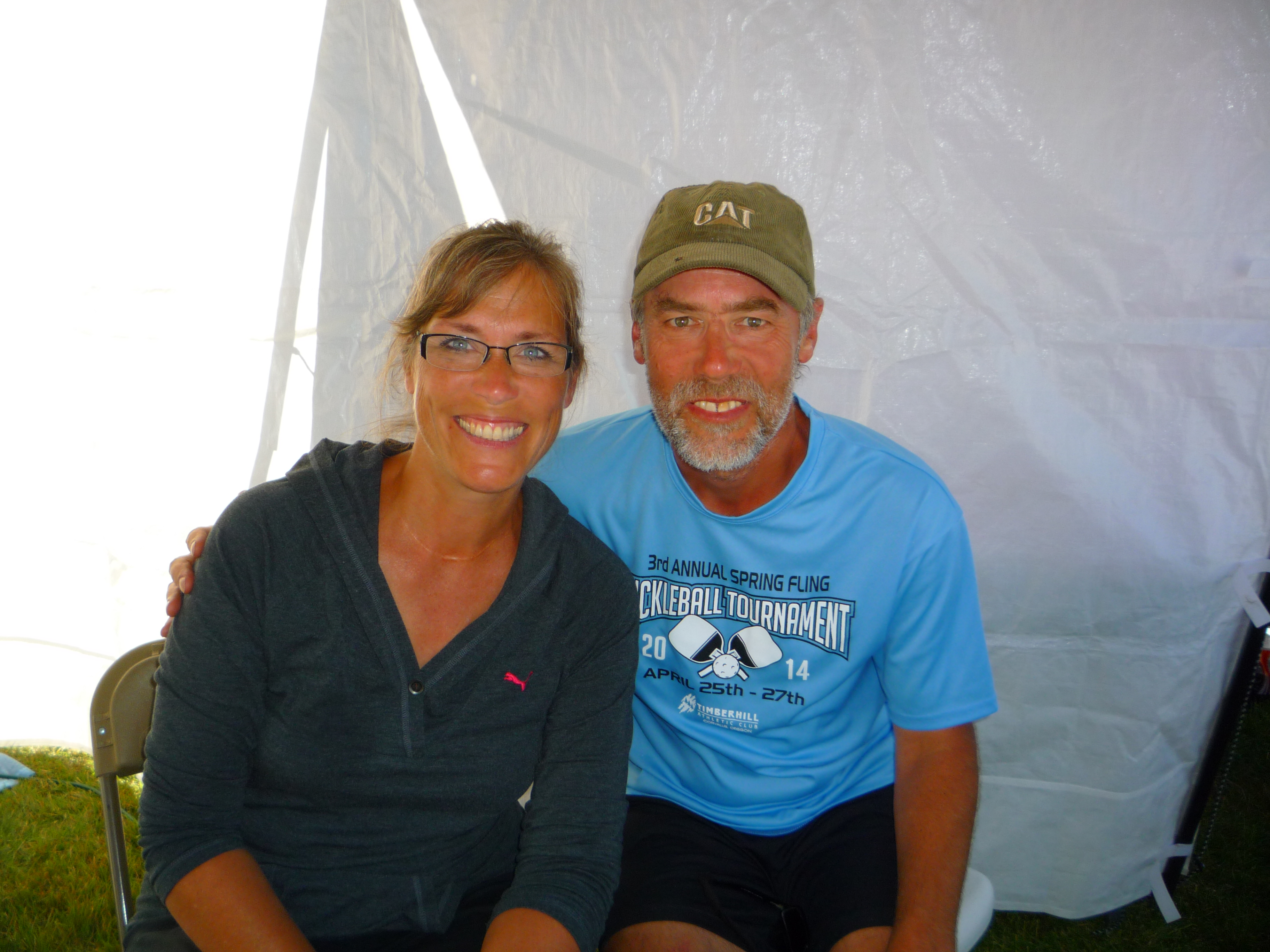 Glen and Paula at the Timberhill Spring Fling

Glen Peterson stopped by PickleballCentral just a couple of weeks ago.  I didn't get to talk with him then, but I asked David Johnson about Glen, and David said he was definitely a 'Pickleball Pro!'  Glen was gracious enough to share about himself via email.  Thanks Glen!

I play singles with the Paddletek Stratus and doubles with the
Pro-Lite Graphite Blaster.

Both paddles are under 7 ounces, which s eems to help my reaction time. Every time I visit Pickleball Central I buy another paddle hoping for some magic to overcome my weaknesses.

My 82 year old father and I started playing in 2011 at the Northshore Senior Center in Bothell, Washington. My first tournament was in May 2013. My wife Paula would say my addiction to pickleball began late in 2012 and has finally subsided to normal levels. Oh, that I had started playing in my twenties!

We love being outside and will even play in the rain at times. We find the outdoor Dura pickleball and indoor Jugs ball to be dramatically different. A common indoor/outdoor ball would help reduce the difference in play. 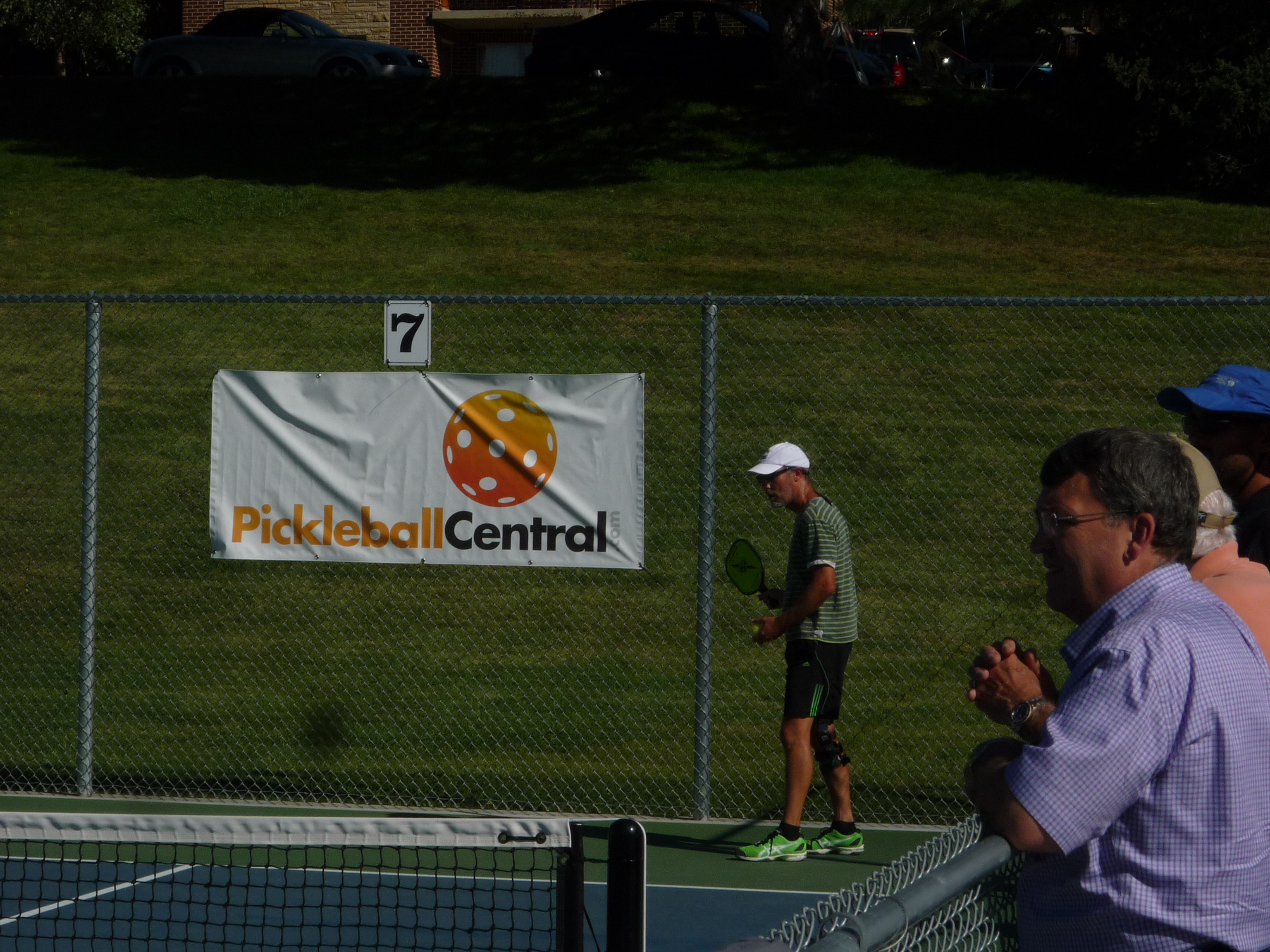 Though exhausting and lonely, singles is a great physical challenge with significant health benefits. My blood pressure is much better since I started playing singles in 2013. I prefer doubles with its long rallies, kitchen parlays and camaraderie.

We consider the two outdoor courts at the Redmond Senior Center to be our home courts. The distinct northern tilt is no mirage. A popular bike trail beside the courts supplies onlookers and even an occasional participant.

Relax, smile, and complement your partner no matter how things are going! Continually experiment with your style of play or others will 'figure' you out.

Following a wonderful career with Caterpillar in North America, Japan and France, we retired to six acres in Redmond where we garden and enjoy our children and friends.

I play 6-10 hours per week with many extraordinary people and some outstanding players.

My goal is to be competitive with my wife Paula in 5.0 Mixed Doubles. Despite her non-competitive nature, she is willing to engage with me in this sport and has improved dramatically. We may not win any tournaments this year, but we might scare a few teams! I would love to compete as well in doubles as I have in singles. I hope to play for decades to come and eventually be known as one of the most gracious players in the game.

I am thrilled to be involved in this sport as it is still emerging and love the fact that its idiosyncrasies allow seniors to compete with much younger players. I never imagined that I could be contending for Senior Gold medals in the biggest tournaments in the nation! Winning these tournaments will be much more difficult in 10-20 years as more athletes discover this extraordinary game. 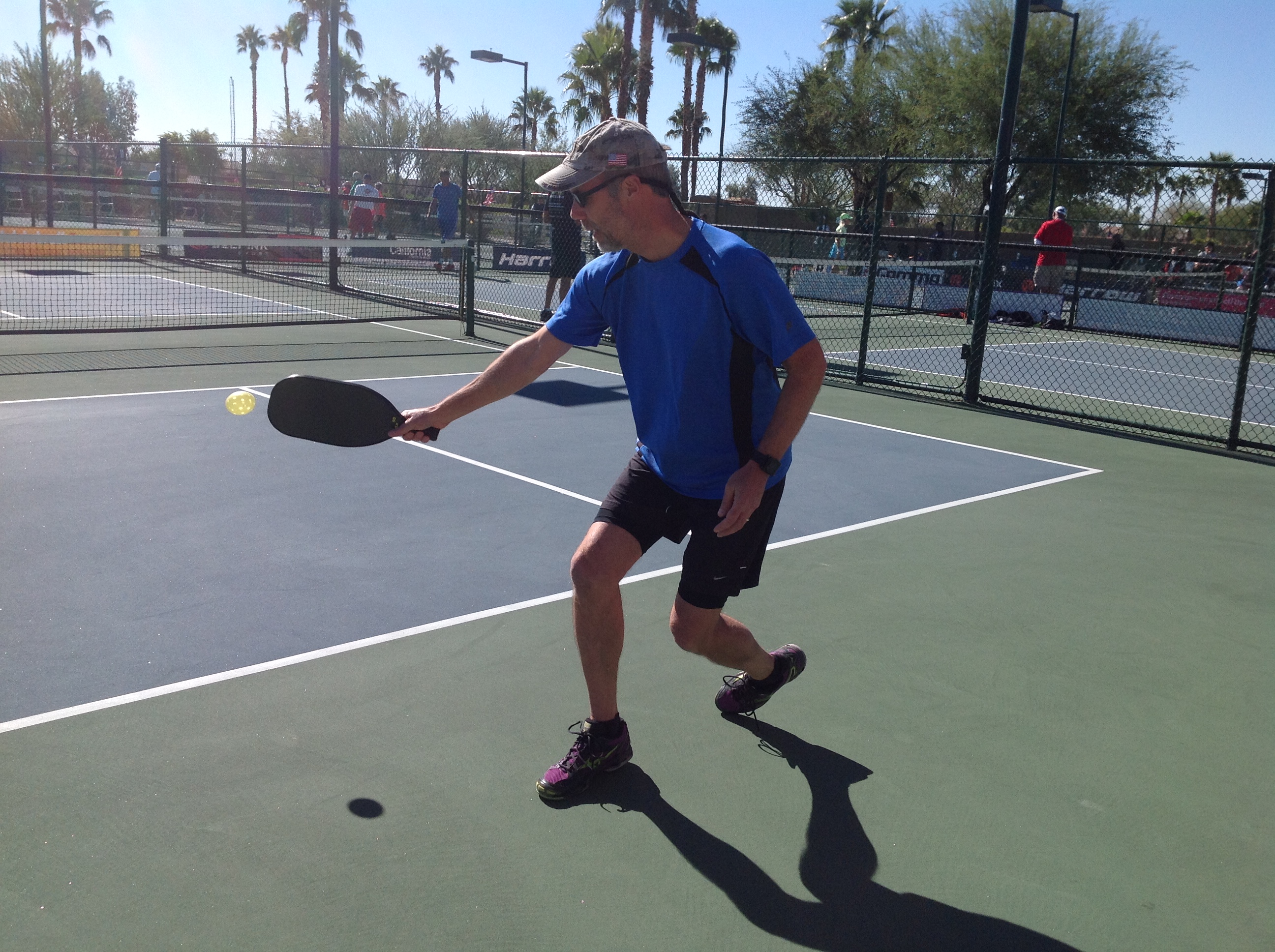