You may have heard of traveling pickleball pros, but what about traveling teams made up of passionate 3.5+ players?

This is exactly what the Lake Effect team in Saugatuck has achieved. The group hosts and challenges clubs up and down Michigan's lakeshore, allowing players to explore different partners and compete against others without affecting tournament ratings. It's served as an effective way to expose players to fresh talent while engaging in the competitive side of the sport.

The team plays men's, women's and mixed doubles at events, being composed of twelve women and twelve men.

Sara Cullen is the original founder of Lake Effect and serves as co-captain beside Sherrie Velthouse. Sara shares her experience thus far:

'We are a new enterprise and just got off the ground late last summer. We had two matches before the end of our outdoor season. Both times we played Grand Haven, the Lakeshore Pickleball Club. They traveled about 40 minutes to our courts, and then we traveled to their courts in late fall.

This year we have already played one match outdoors in April. We have an upcoming match against Grand Rapids on May 18th, traveling over to their courts about 45 minutes away. In early June we'll be playing against The Alley Cats from Kalamazoo.' 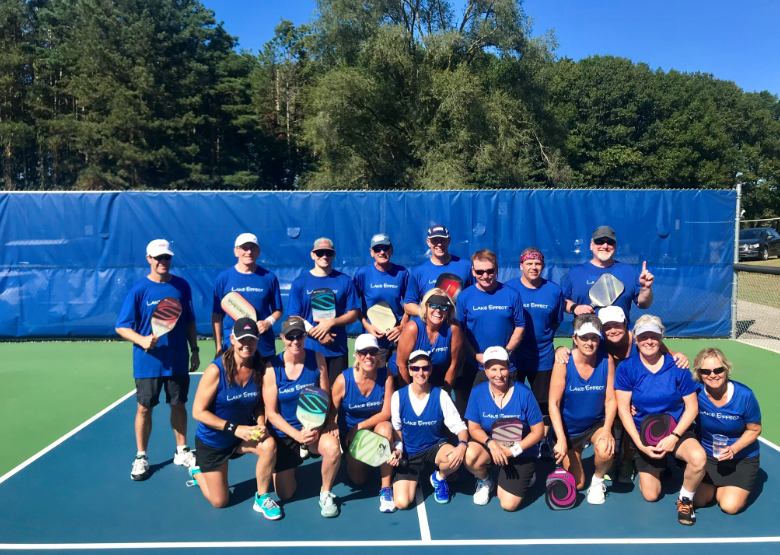 Lake Effect is looking to play Hudsonville in mid-July if they can organize a date. Sara explains that scheduling gets more difficult in the summer months due to the number of important USAPA-sanctioned tournaments that fill up the calendar. In addition, they face snow and cold weather in fall and winter, losing team members to warmer destinations. Travel team matches are placed on hold when it gets too chilly for the locals.

Despite the time-sensitive nature of the enterprise, Sara says, 'The exciting part of the travel team is that it's working! Our team members are having a great time, building friendships, finding new partners for tournaments and everyone is enjoying an easy and fun way to test their court skills without entering tournaments or having to spend money.

They can use the travel team matches to prepare for USAPA tournaments without being concerned about their ranking being effected by a loss. So it makes it fun and worry free. It's also nice to see that even when players don’t win their flight, they still cheer for your teammates.'

Jodie Kyes, one of the members who helps manage the team, states that she feels fortunate to have many strong clubs in close proximity, including Grand Rapids, South Haven, Grand Haven, Spring Lake, Niles, Muskegon and Holland. 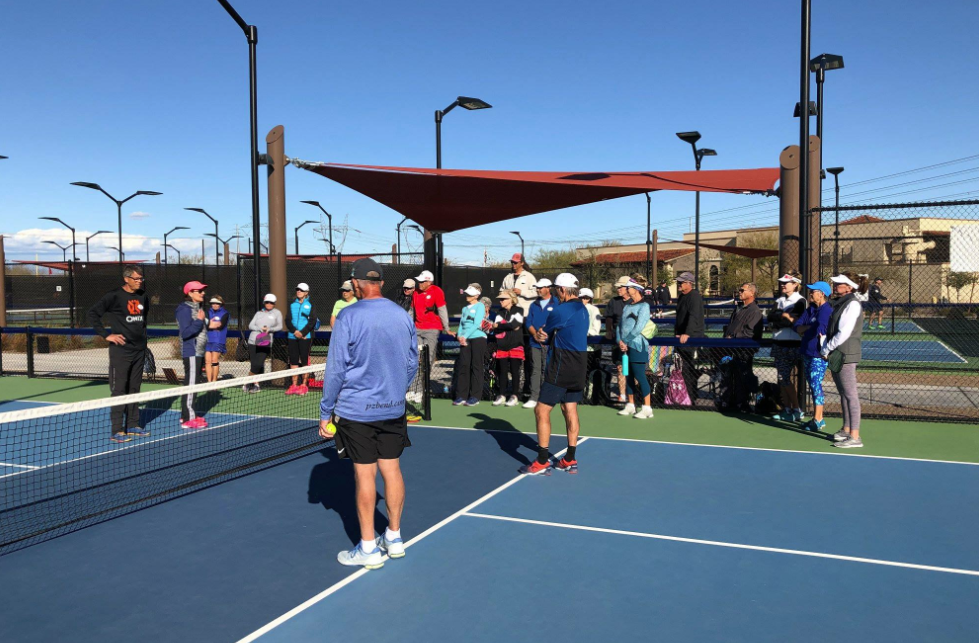 A shot from the Lakeshore Pickleball Club's courts

She explains that the concept of a travel team was based on the formation of a varsity high school sport. Team captains set up challenge matches with other clubs and determine the lineup of partners and positions. In women’s and men’s doubles there are five teams for each, and in mixed doubles there are ten teams. The captains determine who plays at the top of the lineup in order of skill and ability.

Once the captains have organized a match, the hosting team provides the courts, wristbands, tournament schedule and refreshments such as Gatorade and energy bars.

Lake Effect has even went the extra mile by creating uniforms, practicing drills together and enjoying social gatherings to promote team spirit. Their dedication to their club is truly admirable!

'As we head into our second year of travel team challenges, we're hoping the idea catches on across our state and eventually nationally. Travel team matches promote pickleball and the satisfaction of competing not just as an individual, but more importantly as a team. It builds friendships and team spirit, which has been a wonderful bonus for our players.

The Lake Effect travel team has developed a code of conduct that outlines what we are looking for in team players. Good sportsmanship is at the forefront but also the importance of cheering on other team players during their matches and accepting the lineup without question. Most importantly, every team player should welcome the opportunity to play with whomever the captains assign. All in all, even though it is a new concept for pickleball, we're very pleased with the enthusiasm it's received and look forward to many years of competitive and fun play.'

Lake Effect would also like to recognize Selkirk, Wilson, PickleballCentral and Franklin Sports for their donations to the team. We thank them for sharing their story in return!

Are you intrigued by the idea of a traveling pickleball team? Let us know about your experiences if you've developed a similar setup in your community!