How fun would it be to take a pickleball road trip and sample some neighboring courts? Brent Russell, who works with the City of Winston-Salem’s Recreation and Parks Department, took a mini one around Raleigh, NC and he was generous enough to share his adventures with us. Here’s his story of a mini pickleball journey:

Day 1: Hello all who love pickleball... I was fortunate to get away last week for a few days to take a partial pickleball road trip. The first place I played was at the Optimist Park Community Center in Raleigh, NC on the very cold morning of the 13th. 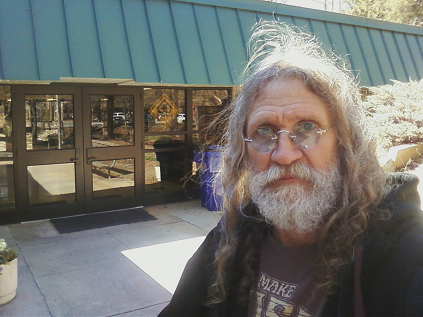 The Optimist Park is a 3-court indoor set up. Lots of nice people there on Thursday maxing out at around 25-30 coming and going between 12:30pm-2:30pm including Diane, Judy, Moody, Randy, Barbara, Dave, Jay, Gary, Rodney, Fred, Danley, and Bob Bazemore. The wait time between games wasn't bad at all. There were mainly intermediate players and it was lots of fun! 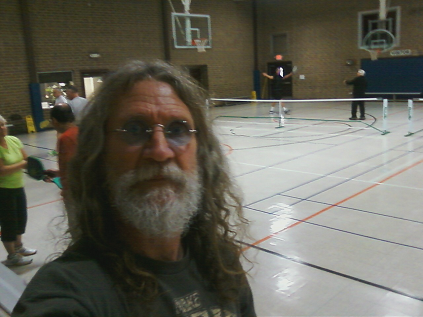 Day 2: My 2nd venue was also in Raleigh at The Finely YMCA.

They have a one court set up, so there is some waiting if a lot of people participate. I arrived later in the afternoon and was concerned that the Y's 3pm cut off time might affect how much pickleball I would get to play. I lucked out though, in that their 3pm cut off only applies if there are people waiting to play basketball. There was only one guy named Andrew waiting to play B-ball, and since he agreed to delay his basketball time in favor of pickleball we got to extend the play until almost 4pm. The players there were very nice (just like at the Optimist Club) and included Andrew, Ivette, David, Kenneth, Harrison, and myself. Most of these guys were intermediate players and were the last to play after many had already come and gone throughout the day. The downside at the Y was the court was a little dark as some lights had gone out. The staff said they were waiting on a few more lights to go out before changing the them, because apparently changing out the bulbs is a major production. Since they only have the one court they play rally scoring, but with all games played to 21. This is intended to keep games shorter, but I really don't think this goal was achieved. The games I played actually seemed longer. Still, it was a good and positive experience.

Day 3: For the last day of my mini pickleball adventure I headed to the Lake Lynn Community Center. 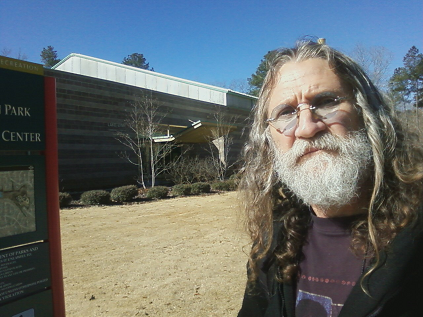 Unfortunately, I was almost all the way to Lake Lynn before I realized I had left my best pickleball shoes at the hotel, darn it all!!! 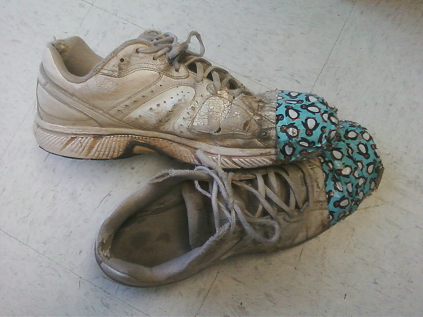 The Lake Lynn Community Center has a man named Cameron at the reception desk who asks new players to fill out a registration form, just like at the Optimist Club, but at least there is no fee. Then you can go downstairs to the Gym. They have a 6-court set up, so there is great opportunity for lots of play!!!  There is a tremendous vinyl divider in the gym pictured below that’s similar to the gateway at the YWCA in Winstom-Salem. The 6 courts are divided into 3 'regular play courts' and 3 'challenge courts'. Pictured below is the regular play court where I started my warm ups during the late morning period of the 11am-3pm session. I noticed that these players included both beginner and intermediate players including Carson, Kimberly, and Carol. 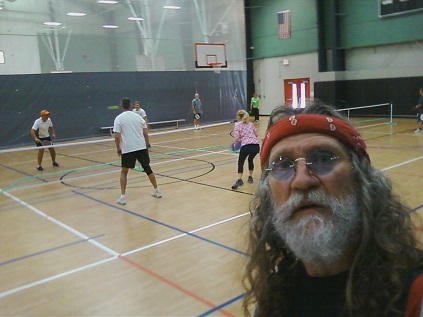 Bob Bazemore is a regular at this venue and is shown with his back to us in the white T-shirt pictured above and then with me in the picture below. He suggested that he and I go to the other side of the divider and try teaming up against some players on the 'challenge courts'. The 'challenge courts' are basically the same set up as the regular courts, but if your team wins you immediately play a 2nd game right in a row versus the next challenger team. Some players on that side were also at the Optimist Club and YMCA the days before including Jin, Bruce, Carol, Francis, Alex, Kenneth, Rodney, Fred, Danley, Dave, David, and Bob Bazemore. Playing with Bob as a partner was a positive experience. Our team effort gave us a 3 win/2 loss record on the 'challenge court,' and after 4 straight hours of pickleball I earned a total 6 win/3 loss record for the day. By 4pm I was pretty well spent and can only hope and pray that I keep my big toenails after playing in ill-fitting shoes all day. Glad to return to my hotel for a hot shower and a late lunch... 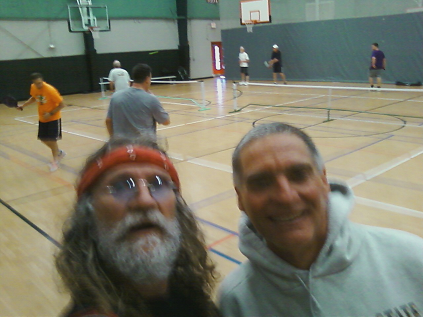 Thanks and God bless,