To piggyback on our post about the lesser-known Erne Shot from earlier this month, today we have another technique that's not seen often and is far more controversial: the Nasty Nelson.

Although this shot is legal, some see it as unsportsmanlike and it may leave a sour taste in players' mouths. If you decide to use it, make sure you're either playing among good-natured friends or in a high level competition where opponents should be ready for anything! 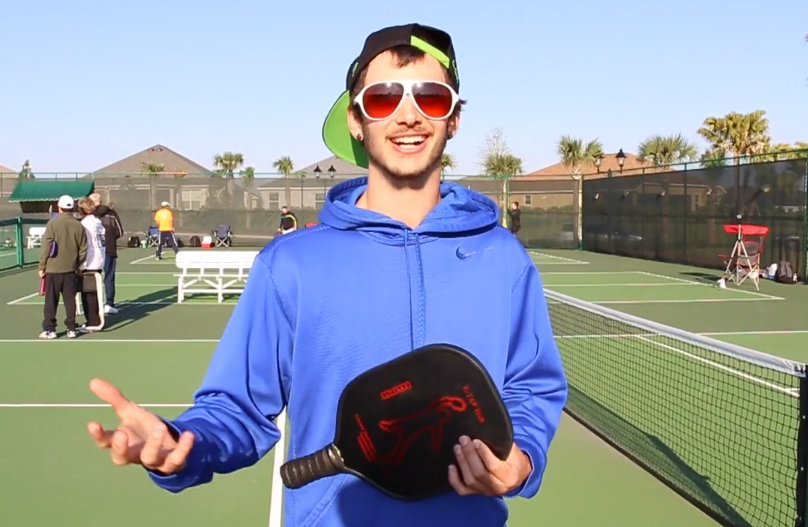 The Nasty Nelson was given its name by Scott Lipitz after watching Timothy Nelson make use of it.

The goal is to cause the receiving team to commit a fault. This technique is a serve aimed at the receiver's partner instead of the usual crosscourt box. If the opponent's partner hits the ball before it reaches the court—either with their paddle or body—then the point goes to the serving team.

The reason this works is due to pickleball's service rules which state:

4.C.2. Interference. If the serve clears the net and the receiver or the receiver’s partner interferes with the flight of the ball on the serve, it is a point for the serving team.

Just like a ball is still in play if someone chooses to hit an 'out' ball before it actually drops outside the court's boundaries, if the partner blocks the ball from landing on the wrong side of the court (usually due to not moving fast enough or raising a paddle to protect their body), you get the point.

Although this shot may sound harsh, it's a viable part of the game and can even be a wise strategy. The 'cleanest' way to use the Nasty Nelson is if you notice the receiver's partner positioning themselves aggressively near the center line.

Since the partner is already close to the legal side of the court, it's easier to tweak your serve and pop them before they realize they need to get out of the way. It's (literally) their fault for not realizing they're blocking the serve's flight path!

The Nasty Nelson can still be attempted when the partner is at the center or outer edge of their court, but it's more difficult to achieve under those conditions and may not win many friends.

You can see the shot executed below. In this instance the receiving partner isn't particularly close to the center line, but the Nasty Nelson is unexpected and he notices the ball heading toward him too late. Despite this surprise attack, all the players take it in good stride!

If you want to see Timothy himself use this shot on an opponent far from the center line, check out this video at 7:04. Just be warned that the rest of the highlights contain strong language.

Do you think the Nasty Nelson's reward is worth the risk? Even if you don't want to use this shot yourself, it's a good one to know so you don't get caught off guard.