The last one we did was called the Pink and Dink Tournament, which was huge! We came up with the name for breast cancer/pink in October and dink shots in pickleball.

Was there a club hosting the tournament? Name of the club?

We're the Lake Wildwood Pickleball Club. It was just a small group (when I started). We had about 12 people and two courts. Now we have 185 members! We're a big pickleball family. Everyone’s friends. It’s fun to get out and play and have tournaments during the year. 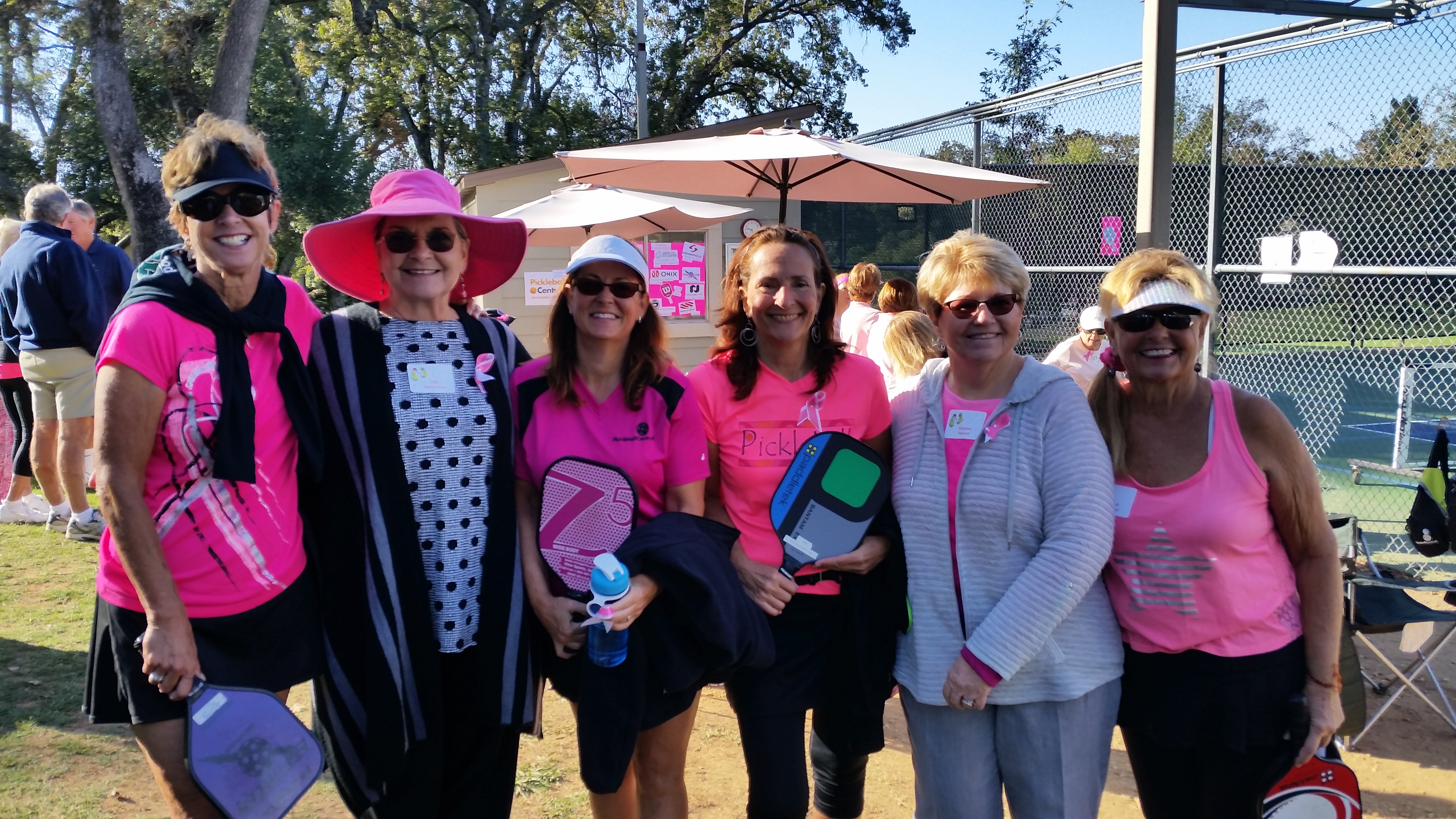 We had lots of people. Over 55 teams entered which amounted to about 110 players.

We had a woman's team, a men's team and mixed doubles. And we did it all in one day! 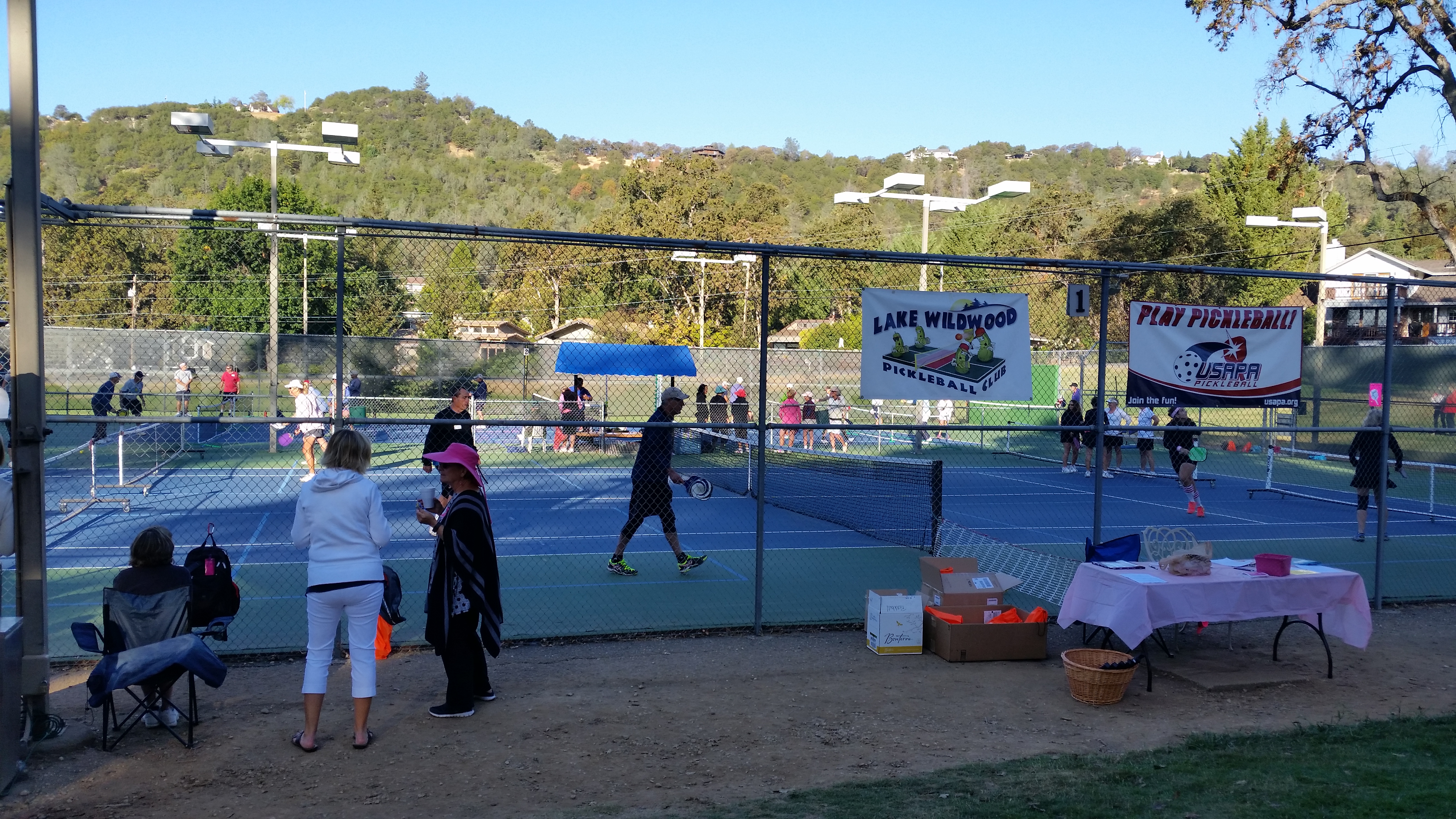 Did you have a team working with you? What were their delegated tasks/roles?

Yes. We had 12 people. I had a wonderful team. Whenever you needed something, before you finished asking, it was done. The people were enthusiastic.

I had a to-do list for volunteers posted on the tournament day. So when the volunteers came in, they divvied it up. It just got done. Some of the tasks included:

We went around to the banks, grocery stores, and movie theaters. The local hamburger store SPD Market supplied all of our hamburgers, chips, foods, granola bars, bananas and coffee. The whole thing!

For the silent auction, some of the vineyards around here gave a private tasting for eight people. And some of the restaurants gave coupons. The movie theater gave a little package with popcorn and all that stuff. 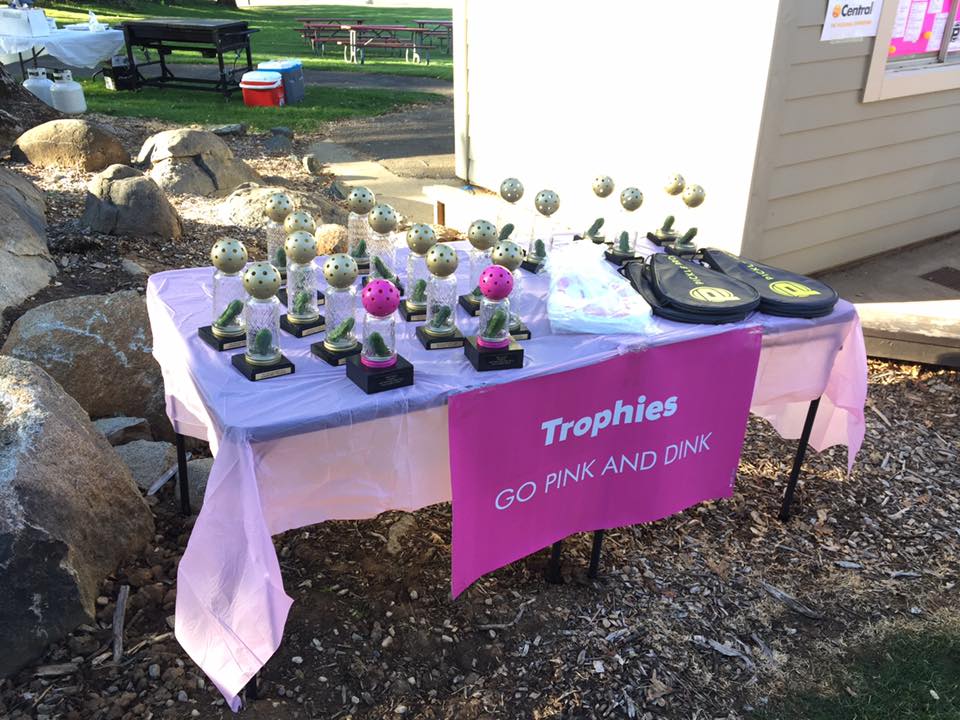 Was the tournament a fund-raising event? For what charity or cause? How much did you raise?

The money went to the Sierra Nevada Memorial Hospital Foundation to support their fight against breast cancer. We raised $6,800. It was pretty  good for our first time. We were really pleased.

Did you offer refreshments? Or sell food/drink at the event?

Did you charge a registration fee? How much?

We charged $35 each or $60 if you played in two categories; i.e. men’s or women’s singles and mixed doubles. The fee included a choice of burger or veggie burger, chips, soda or water and a cookie. 100% of the proceeds went to Sierra Nevada Memorial Hospital Foundation.

Anything special or unique about your tournament?

PickleballCentral gave us the All Heart Award!

Trophies were awarded and we also gave away several nice paddles that were provided by pickleball manufacturers. The trophies were hand-made and consisted of a fake pickle inside a mason jar with pickleballs on top. It was cute!

We did a “dinking game' at the beginning of each game during the tournament . The game ended at 5 points. It helped people remember to dink and gave them a little bit of practice as well. A trophy was awarded to the overall dinking game winners. 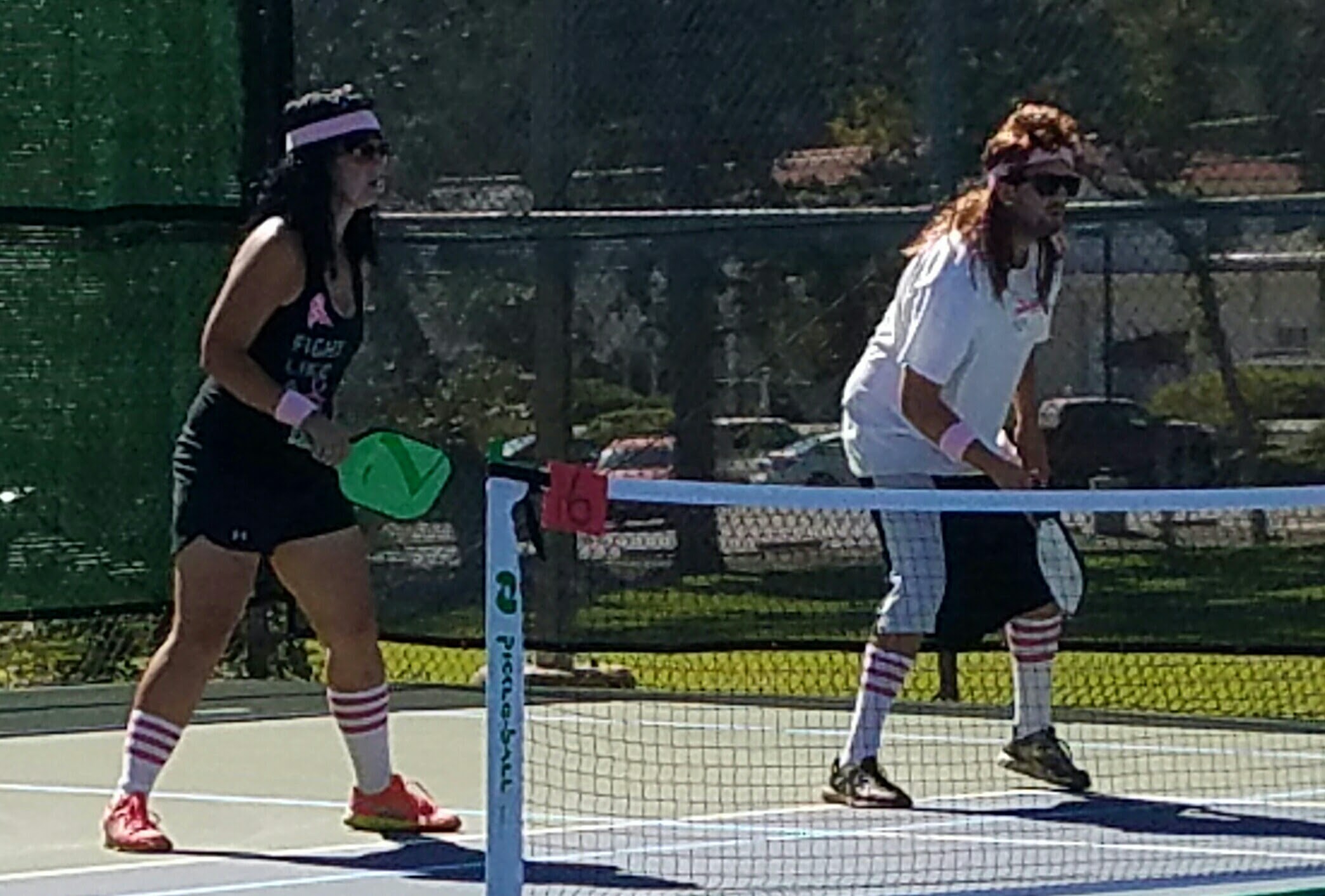 We also had a “swear jar” where every time someone said a bad word on the court leading up to the tournament, they were charged $0.25. Nobody could keep track, so everybody pitched in $2 or so at the beginning of the tournament.

We had a lot of teams; doing it all in one day was too much. Something we would do in the future is to split the tournament into two days.

I would also have a point-of-contact person so people who know where to go after they finished playing their game. There should be a central place for them to figure out which court to go to next.

Just a reminder that “thank you's” to sponsors go a long way. We made them a priority.