Sooner or later most people want to introduce their friends and family to pickleball. The more the merrier, especially when you need a partner for doubles! Many newcomers are willing to give the sport a try despite its unusual name, but others may need a bit more convincing. Some people can feel nervous, intimated or overwhelmed by pickleball at the start, but there's no need for that with some simple preparation.

Use the following tips to seamlessly introduce your friends to pickleball regardless of their experience with other sports.

Bring Your Friend to an Intro Clinic or Teach Them Yourself

We don't recommend throwing newbies into the fire by bringing them to standard rec play unless you have plenty of time on the court, the other players are your friends and everyone is willing to start slow. While pickleball is fairly simple to understand, it can be too much for someone to try learning the rules while also attempting to focus on a 'live' game.

Instead, take them to a beginner's clinic where an instructor will teach them the fundamentals (such as the ones we host at Pickleball Station), or do it on your own by explaining how to serve, how to volley and what areas to avoid (such as the kitchen). Breaking things down bit by bit is much easier to digest than hearing a monologue on the game from start to finish. 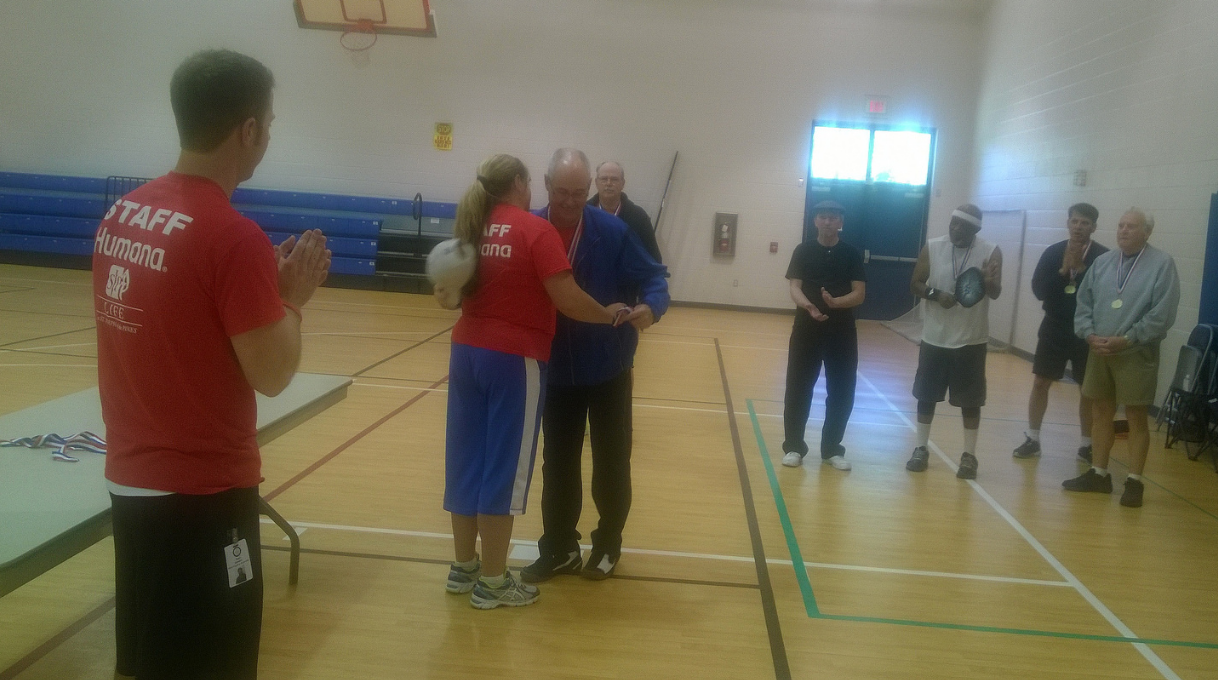 Don't rush through instruction and accidentally leave your friend behind! (Credit: jalexartis)

Use the Right Equipment

This is more for the experienced player's sake than the beginner's! We highly recommend teaching friends with a starter wood or composite paddle instead of lending them one of yours (unless it's been well used and retired).

Too many well-intending players have loaned their equipment to another only for them to accidentally drop, scrape or break it. If it happens with a $15 paddle, no problem. If it happens with a premium paddle that you've cherished for many winning games? It won't only be a monetary loss for you, but the early accident could make your friend feel guilty and dissuaded from trying again.

The most seasoned players get deeply involved in the competition. They throw themselves into the game with passion - sometimes literally, to the detriment of their injured bodies. If it happens to players who should know better, you can bet it's easy for newcomers to overlook safety just the same. Remind them to be aware of their positioning, where to keep their eyes, how to turn when chasing a lob, never to dive for balls and so on.

These might seem like obvious tips, but just like learning any new sport, there are common mistakes that tend to be made and can lead to devastating consequences. Don't let an overeager beginner hurt themselves, especially before they've even had a real chance to get started.

It also goes without saying that you should avoid more physical aspects of the game like tagging until later. Some might think it's funny to pick on the new guy/girl, but it can be very disheartening to feel like you're being trounced before you've gotten a chance to settle in.

What's the #1 way you like to introduce friends to pickleball? Do you have a super smooth onboarding process, or do you just wing it and hand your buddies a paddle? Share your thoughts!