The USAPA provides a handy definition of their rating system online, but we all know those skill levels translate a bit differently in reality compared to a perfectly curated list.

Thankfully, David Mark Lopez of Pelican Landing (Bonita Springs, FL) took to Facebook to provide a bit more substance and flavor to these descriptions. Enjoy a big laugh before the weekend with these Revised Pickleball Skill Level Definitions! 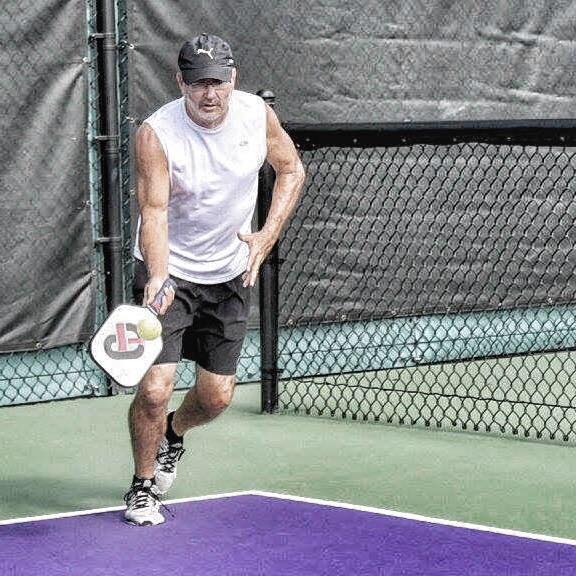 Calls the paddle a racket, poops in pants, serves overhand, thinks pickleball is a stupid sport for old people, wears huarache sandals to play, is bored and wants to start drinking early.

Thinks the sport was named after a dog born 20 years later, walks slowly through your match, does not close gate, drinks the last beer, hits on your spouse who hates you for poaching, played last 6 months ago indoors at a Michigan Y with his cousin from Ypsilanti, smokes between matches, falls often, serves the ball into the next court.

Forgets score frequently, talks during rallies, explains every freakin’ point (well the ball went this way, but I meant it to go there...uh, I know I was right here watching), hits their partner with ball or racket (still) at least once a game, trips partner regularly, thinks the third shot drop has something to do with an incurable disease, has a fit-bit.

Frequently misinterprets NVZ rule, hits every single shot with maximin velocity, puts the ball in play roughly 50% of the time, argues line calls, laughs loudly, has new smart matching outfit, lays it up across the middle, only dinks accidentally, frowns at you when you say UP UP UP, calls the score for both teams, leaves phone on during match because daughter is expecting.

Sighs loudly frequently, wants you to stay for one more game, coaches you up on every single point, swears like a sailor, practices dinking in garage, pretends to be interested in your personal life, talks crap about ATPs and ERNEs, shows you new paddle (it’s not a racket, newbie), acts like a baby after losing, smashes the living hell out of your weak-ass lobs, plays at 3.5 in tourneys, openly argues with spouse during matches when supposed to be just having fun.

Brings 5 paddles, mysteriously disappears after playing once with mixed group of 2.0 2.5 and 3.0s, encourages you to poach so they can poach with reckless abandon, takes every shot across the middle, knows the rules but tells you to look them up so you can learn them, wears two gloves, hits you very hard with the ball at the NVZ (it’s part of the game) because your paddle was not up, subtly blames partner after loss, recommends videos, has stopped playing tennis, almost went pro, was club ping pong champion in 1987, had 3 ATPs and 2 ERNEs yesterday.

Knows Kyle Yates, has many many medals, post incessantly on PICKLEBALL FORUM about balls, rules, paddles and tournaments, wants pickleball channel on ESPN (cornhole wtf?), strategically hits to your backhand every shot, apologizes for hitting you very hard with ball at the NVZ because your paddle was not up, will gladly give you a lesson for $50, has 7 supercool pickleball outfits, drinks mysterious electrolyte concoction, is way younger than you, patronizes your terrible backhand, would love to play one more with you but has a dentist appointment and will see you at the clinic Saturday.

Shows up on the FORUM in foreign places playing pickleball, has savage tan and incredibly white teeth, can beat you in doubles as a singles player, has a cool nickname, returns your ATP like it wasn’t nuthin’ bruh, dropped out of high school to go pro, walks on water, heals the pickleball lame, has a weighted paddle, stacks with partner in fast food line, has met you several times but still has zero idea of who you are, posts videos of 73 hit rallies, wears white unitard, dink...dink...dink then backhand rocket drive that hits you in the head and ricochets off your partner’s teeth. You’re in love, fanboy.