A Controversy is Brewing: Is Pickleball A Sport for Participants or Spectators? 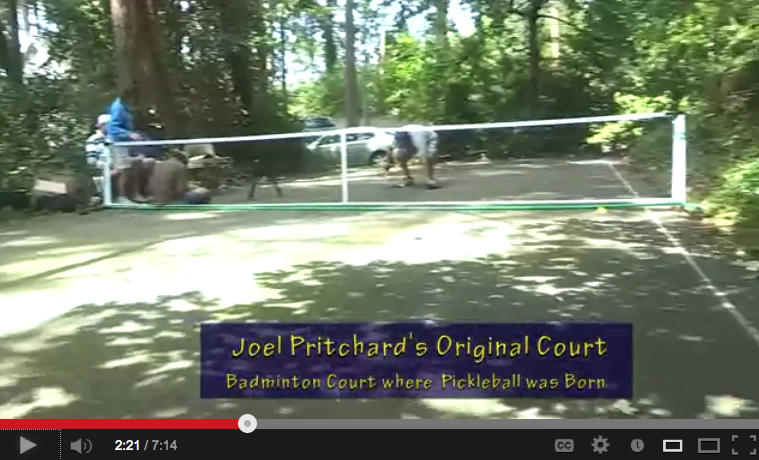 It started fifty years ago with several bored kids, plywood paddles and a wiffle ball on a miniature tennis court. Some quirky rules and a silly name with uncertain origins was applied. Double hits were overlooked. A kitchen emerged. Nothing more than an improvised backyard kids game. Now we are two weeks away from the inaugural US OPEN Pickleball Championships attracting over 800 players pursuing $25,000 in prize money in front of record crowds in Naples, Florida. And while game strategies and paddles have evolved greatly, the game still revolves around a wiffle ball and smooth paddles on a little tennis court.

But pickleball has a problem. To non-players, it is BORING. Sixty stroke rallies snore on. Complex shots appear simple. A sport in which a 54 year old can compete with a 22 year old in the highest match in the land! Seriously? Some people think "I'll watch Federer and Djokovic, thank you very much." Or any sport where real athletes with herculean physiques and personalities perform gigantic feats.

And without spectators there will be scant money, no big prizes, no lucrative endorsements, no huge personalities and, alas, no Olympics. But when yawning spectators pick up a paddle and try for themselves, a different thought process begins to churn. This ain't shuffleboard.

Traditionalists care little about spectators. Pickleball is for participants. We love long rallies dictated by a kitchen, hard surface paddles, and smooth, low bouncing balls. We prefer to keep the sport accessible to all. No other racket or paddle sport is easier to learn. Tennis, ping pong, badminton and racquetball all involve hard to master strokes and spins. Not pickleball. Bang away. Pickleball is social, addictive, easy to learn and indifferent to age, gender and even mobility at many levels. And while Pickleball can be fiercely competitive, scrappy, and even a bit intimidating, it is friendly, accessible and evokes smiles. And we love the fact that a 62 year old with a 38 inch waist line can compete with a 25 year old with a 32 inch waist.

Enter the controversy: All this may be about to change.

Many newcomers to the industry want to accelerate the game for better tennis-like viewing. According to Joe Dinoffer, OncourtOffcourt ( Pickleball Tutor), top tennis players average 3.5 strokes per point while pickleball points average 9 strokes. Nearly half of pickleball strokes are soft dink shots while almost no tennis strokes are soft. The game is accelerated with rougher paddle surfaces (e.g. Encore's Engage) and softer ball surfaces so players can 'grab' balls and impart topspin like tennis rackets. Making balls that bounce higher also allows more aggressive play (Onix's Pure Outdoor Ball). Here is an example of a fast paced rally from the LeMaster-Davison Classic championship match this past weekend in Arizona:

Now watch this slower, albeit exciting, 40 stroke rally from the same match.

To counter this trend, back in November 2015, the USAPA imposed a new rule limiting the bounce to 34 inches (from 37 inches). This new rule takes effect October 1, 2016. The two most popular indoor balls, Jugs and Pickleball Now, bounce 37 inches. The Jugs ball has been around for nearly a decade and is used in over eighty percent of indoor play. Players love it! And now it is being disqualified. Part of the problem is that bounce height is measured on a granite surface which performs similar to outdoor asphalt surfaces. Wood floors absorb the ball's energy generating less bounce than asphalt. Additionally, the USAPA imposed a roughness limit on paddles to reduce players' ability to impart topspin for harder drives.

So why did the USAPA limit the bounce height? Recently introduced balls like the Onix Pure Outdoor ball bounce 37 inches encouraging more aggressive play. When reformulated to bounce 34 inches or less, this ball will help maintain the longer rallies and more patient style of play preferred by the USAPA and other traditionalists in this sport.

In summary, many players prefer to limit the ball bounce and paddle friction to encourage longer rallies requiring patience and tactics. Others find the long rallies boring and would prefer balls and paddles that allow an explosive exchange of topspin drives. Spectators might agree.

What do you think?