It can take many days for good habits to become second nature, but keeping a few concepts in mind can help build a strong foundation of skills so you'll be able to think less and act more successfully.

Some basic pickleball principals are easy to implement but seem so 'common sense' they can be overlooked. It's definitely worth being more mindful of these areas, though, since they can deeply strengthen your game if you take the time to cement them in your mind.

Credit: You Belong in Longmont

You're out enjoying some rec games, it's hot and your body is getting tired... this might seem like a nice time to relax and let positioning fall by the wayside, but it's important to maintain your form. A good ready position involves slightly bent knees, your paddle raised near the center of your body and feet shoulder-width apart.

Not only does this make it easier for you to move across the court, but this positioning is much safer and reduces the chance of tripping and stumbling. You can also better protect yourself and respond to unexpected dangers like a smash flying toward your face with the proper stance.

Try to Hit to the Kitchen

The kitchen or no-volley zone is the great leveling ground of pickleball. If you're feeling overwhelmed by an opponent's speed or power, then forcing them to dink (or else make an awkward, arcing shot) allows you time to regain your equilibrium. Using a soft, relaxed grip can help achieve this aim as can angling your paddle angled slightly upwards.

Of course you'll want to develop the ability to see openings as well, but generally speaking, dinks are safe shots that reward consistency. If you can master this aspect of the game then you'll often be able to control and outlast aggressive players.

Some players get caught up in the idea of developing powerful, spinning serves with all the bells and whistles attached. Yet more often than not, it's wiser to just get the ball over the net. Don't shoot yourself in the foot by getting too fancy. It is helpful if you attempt to serve deep—this makes it more difficult for other players to close distance and make accurate returns. But in the end, the main goal is simply to get the ball into play.

The serve is the only shot where you have the time to breathe and fully recenter yourself before hitting the ball. If a match is getting close, you don't need to take risks when you're in the highest position of control. 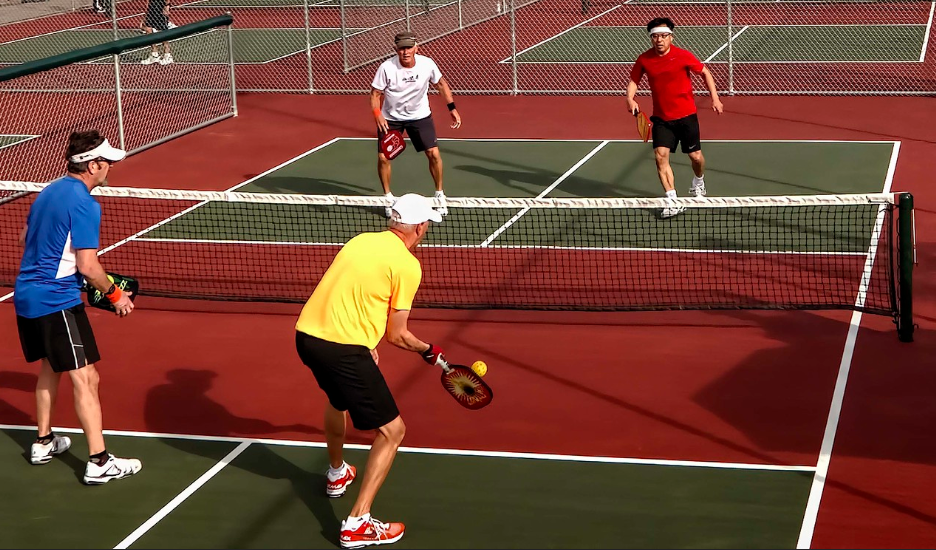 Stay Close to the Net

With the exception of when a lob is flying over your head, there aren't many reasons to back away from the NVZ. Staying near the net can seem intimidating, but it allows you to cover your side of the court with less movement and minimizes the variety of shots your opponents can make. It also prevents them from making the most out of spin since you can hit the ball before it touches the ground.

You don't necessarily have to rush to the kitchen right after the return of serve, but you do want to make steady progress towards it. Don't let yourself get stuck in 'No Man's Land' where it's difficult to ever gain an advantage against the other team.

When these behaviors become innate, you're more likely to set yourself up for success and naturally create winning situations. What are some of the best habits you've formed in pickleball that have improved your game?