Recreational play means a variety of things to picklers depending on who you ask. Almost everyone would prefer to win even in rec games, but individual goals range from simply wanting to have fun, improving one's skills, enjoy some exercise or taking an opportunity to review habits.

Are any of these aims more legitimate than the others? We personally don't believe so - everyone has unique reasons for playing pickleball, and so long as your focus is making you happy and fulfilled, that's all that matters. Of course, when your goals come into conflict with those of a partner or opponent, that can make things more complicated. 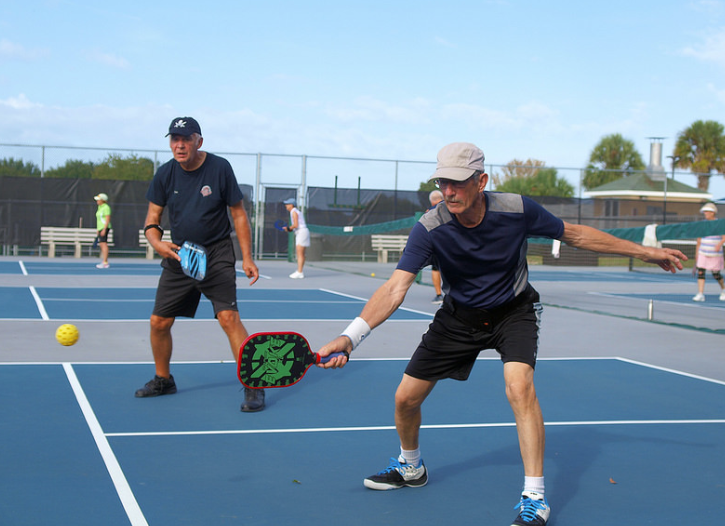 It's generally for the best if you find a doubles partner with a similar mindset so you don't get frustrated with one another outside of competitions. If your partner just wants to 'zone out' and hit some balls without really focusing on bettering their skills while you want to talk strategy and adapt to the other team in the midst of things, it will be more difficult for everyone to leave the court saying they had a good time.

Beyond making sure you've found someone on the same page, the fact remains that you can only control your own mindset and feelings. If another player is joking around and only playing at 50% of their ability while you'd prefer they put in max effort, a competitive league might be a better fit. Or you could always focus on being consistent, perfecting your own shots and looking at the game as a sort of extended drill rather than a chance to prove your abilities.

Winning is almost always fun in rec play - but it can be important to look behind everything that went into a win and decide if it was really worth it. Did you have fun throughout the game, or were you stressing the whole time? Did you pay attention to your decision making, work on getting better and remain considerate of your partner's well being?

Sometimes winning isn't worth the sacrifice if it means everyone leaves frustrated due to poor sportsmanship, but perhaps you've been taking it easy and want to focus on more opportunities to improve. Whatever your goal, keep it at the forefront of your mind during rec play and you'll be sure to get more out of every game.

What sort of outlook do you have when playing rec games? Is winning your top priority or something else?