“My reason for living is pickleball.”

This is one of the first things Sunil Valavalkar tells me.

Despite working full-time as a director at GTL Ltd., India’s largest network services provider, he is also the founder of AIPA, the All India Pickleball Association.

Hearing about Sunil’s endless passion for the sport is sure to inspire. Ever since he brought a handful of paddles from Canada to India in 2006 he’s faced many naysayers and struggles in securing recognition for the game. Yet his determination has carved out a place for pickleball in India, and interest continues to grow today.

(Sunil at the 1st National Pickleball Tournament in India - in Marathi)

If you'd like to jump to a section of this article, click the headings linked below. Otherwise, enjoy the full story!

Health and Humble Beginnings
Sharing a Love of Pickleball
Making It Official
Where to Play Pickleball in India
How Many Pickleball Players are in India?

Sunil’s winding journey began back in 1999 when the sport first captured his interest. Sunil was heavily involved in social work and was selected to be Project Supervisor for an India-Canada Youth Exchange Program, where 20 boys and girls from India were paired up with children in Hope, BC (near Vancouver) for a homestay experience.

During this time Sunil found a kindred spirit in one of the host family participants, Barry Mansfield. The way Sunil describes him, just about anyone would be a fan! 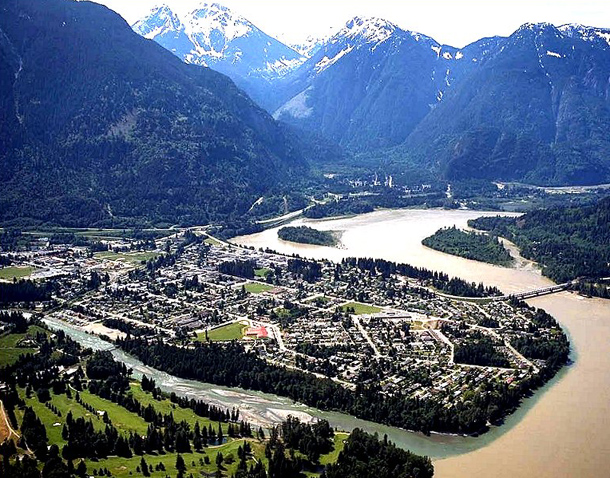 “An extraordinary person: teacher by profession, versatile sportsman, wonderful cook, sailor by passion, a bible preacher, an innovative carpenter… I have a very lasting impression of Barry Mansfield in my life, and to this day I’m in touch with him and his family.”

It was Barry who introduced Sunil to pickleball, and they ended up playing every morning during the trip. Sunil felt it was an eye-opening experience, not only because he enjoyed the game, but because it reminded him of how he craved an active lifestyle. Back in his school days Sunil was quite athletic, participating in traditional Indian sports like kho-kho and kabaddi.

During his years working for Vishwa Yuvak Kendra (International Youth Centre), Sunil was constantly traveling and had little time for games amid his busy schedule. As such, it was a surprise when he was diagnosed with high blood pressure one day.

Thanks to Barry (and pickleball), Sunil was reminded of how important his health was and committed to getting fit again. It’s a story many pickleball fans can relate to!

Yet when Sunil returned to India he ended up focusing on tennis to improve his fitness. In fact, for 5 years Sunil focused solely on tennis, while pickleball remained a distant memory.

Sharing a Love of Pickleball

It was during a trip to the U.S. to visit his brother, Dr. Sushil, that Sunil found his love for pickleball reignited. He had enrolled in a tennis clinic in Cincinnati when the instructor shouted, “Sideways and swing!” which was exactly what Barry used to say while coaching Sunil in pickleball.

At that moment it struck him how many similarities there were between pickleball and tennis, yet pickleball had a lower barrier of entry. Sunil took a trip back to Hope, BC and bought several paddles and balls this time. In February 2007 he returned to Mumbai, figuring he would introduce pickleball to his family and friends.

Sunil started small (literally) by teaching his 10-year-old daughter, Ruta, and his niece, 8-year-old Abha, in the backyard of his apartment. Soon both of them were swinging away and enjoying the game despite their small stature!

Following this early success, the three picklers started visiting clubs and schools to give demonstrations. Despite only having 4 balls and 4 wooden paddles, it was enough to excite audiences and spurred Sunil to keep sharing the sport. 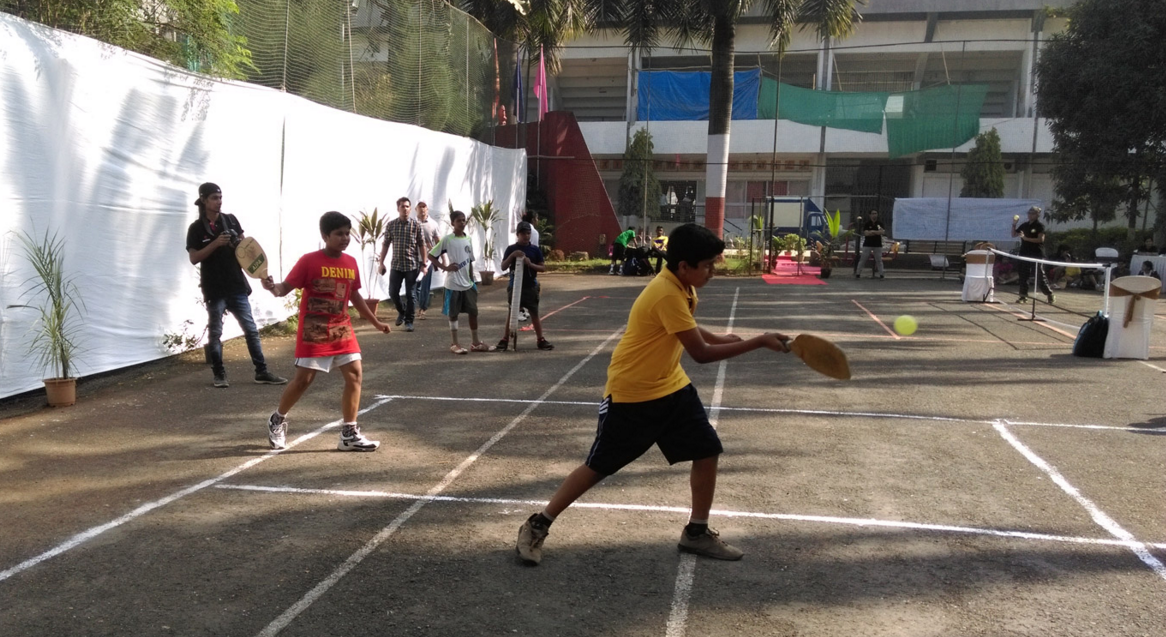 It was a shock that Sunil’s first disappointment came from his own local tennis club. When he asked to hold a demonstration for pickleball on the courts he’d played on for the past 8 years, Sunil was given a firm “no” in response.

At this point we asked Sunil about badminton’s popularity in India and if those courts could be used for pickleball instead, but there was only more bad news. Sunil shared that cricket is the sport that sells, and badminton ranks well behind it and football (our “soccer”).

Further complicating matters is the fact that most indoor badminton nets are fixed in place by machines, which make it difficult to lower them for pickleball. Sunil said there may be some potential to use outdoor badminton courts instead, but most of those courts use soft soil, which prevents balls from bouncing.

These setbacks led Sunil to consider forming an official association to promote pickleball. If he had a stronger infrastructure, then it would be easier to get recognition from clubs, schools and businesses. Sunil was convinced pickleball had a pan-Indian appeal since it was “simple to play yet had the potential to help millions of Indians suffering from life style diseases.”

The rest of the year was an odd time for Sunil as the number of Indian pickleball fans grew, yet he couldn’t conduct real games for want of a hard court. This frustration finally pushed Sunil to make the leap and set up an association for pickleball. This was also when he encountered his biggest resistance yet. 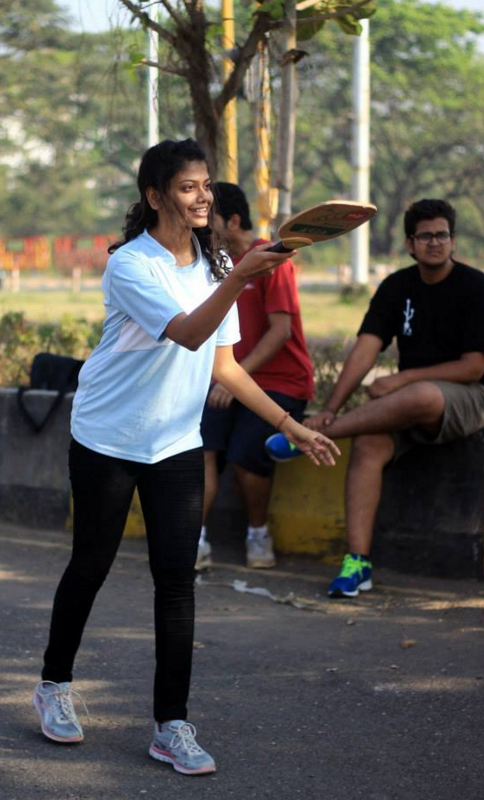 People ridiculed Sunil saying that forming an association to promote a new sport was an absurd venture, especially since cricket “reigns supreme” in India. But never deterred, Sunil pushed onward and turned to his 8 closest friends for support.

Sunil’s friends were all sports lovers and believed in his dream, so they contributed funds despite not having time to promote the game personally. On April 13, 2008 the 8 believers signed a Memorandum of Association to form AIPA.

It took 9 months for the government to give them a Certificate of Incorporation. During this time there were countless questions Sunil had to address, paperwork to fill out, meetings, follow-ups and more. They were finally awarded a license to start a voluntary NPO on December 12, 2008.

Sunil also mentioned that during his journey toward licensing, he sent an email to Douglas Smith, President of Pickleball Inc. To Sunil’s surprise, Doug responded and sent several paddles and balls with promotional material. This was a big help in boosting his efforts and Sunil was grateful for the guidance.

Once AIPA was formally established, Sunil approached new clubs and schools for demos again. On one occasion he invited a TV crew to report on the experience, which gave pickleball a large boost in visibility. The launch of Sunil’s site, www.aipa.co.in also helped spread the word.

Sunil started sending free paddles and balls to interested parties and the game picked up in several locations, though the process became more streamlined over time.

Where to Play Pickleball in India

Currently pickleball is played in 6 Indian states, including Haryana, Madhya Pradesh, Pondicherry, Bihar, Jharkhand, Rajasthan and Maharashtra (Sunil’s home state). In another three states, Karnataka, Andhra Pradesh and Delhi, pickleball has a growing presence but is not as established as in the others.

So where can you play pickleball if you’re ever visiting lovely India? Sunil says there are centers for play in:

Sunil recommends that if you’re interested in playing at these locations, it’s best to plan sessions in advance by contacting the local teams. If you need help doing this, feel free to contact us at info@pickleballcentral.com and we can put you in contact with Sunil or the teams directly. 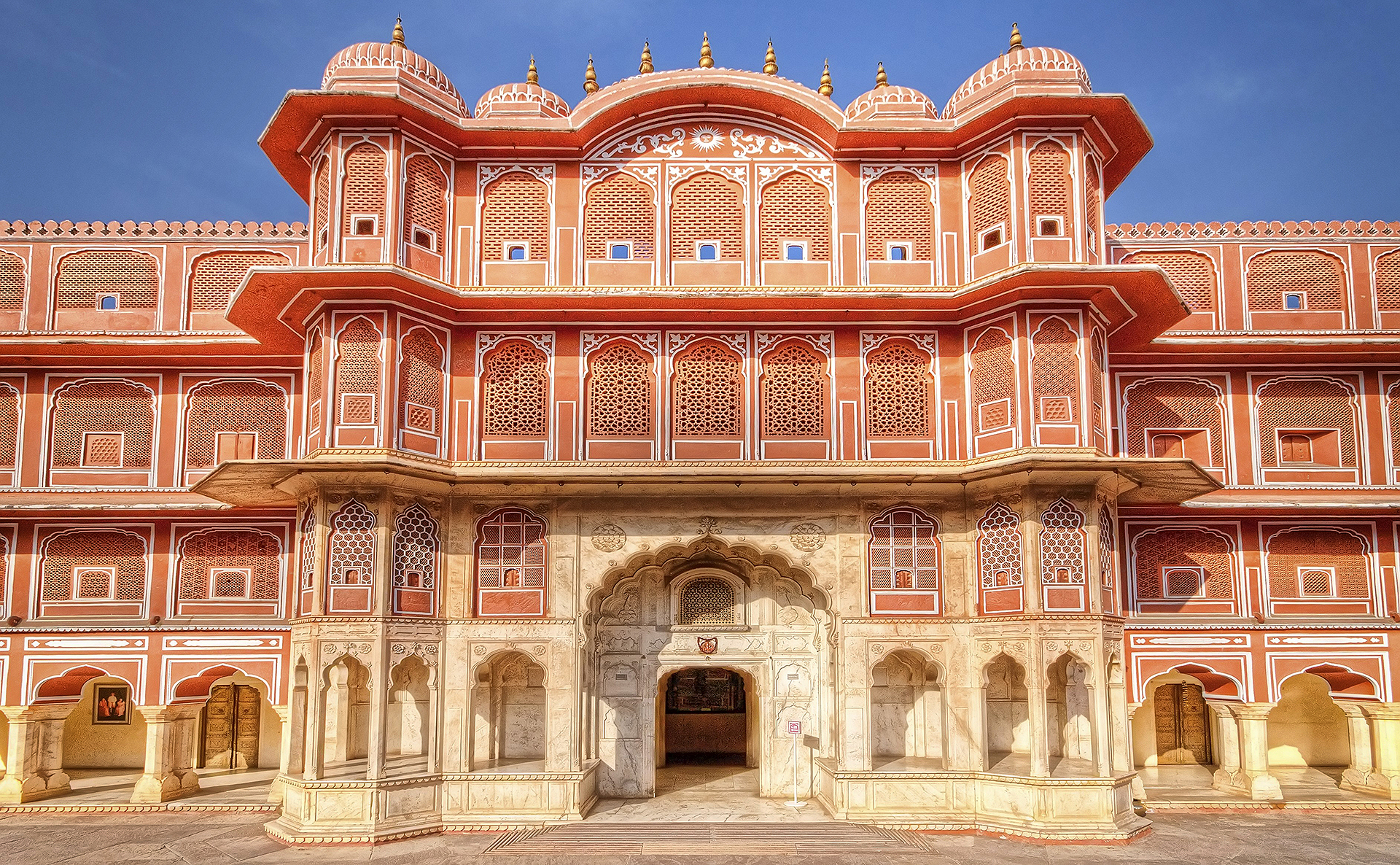 The "Pink City" of Jaipur

How Many Pickleball Players Are in India?

With all these locations enjoying the sport, you may wonder how many people are playing pickleball in India. It’s difficult for Sunil to estimate since the country is so large, plus there are many people just beginning the game who may not consider themselves “active” players.

He takes an informed guess by looking at the data from AIPA:

In June 2015, the 3rd National Tournament had 175 players from 8 states (each state bringing 2 teams of 10 players). Sunil estimates that each state would likely be picking from a pool of 60 competitive players. This means 480 (60 x 8) players could be considered competitive. He adds a “floating” amount of 500, bringing the tally to 1,000.

Another 500 or so individuals are curious players who take part in events AIPA conducts weekly or monthly. Then considering interest built from social media or TV appearances, Sunil reaches a population of around 50,000 Indians who at least know of pickleball.

Sunil believes many people would love to play the sport if the opportunity was open to them, but he still has a ways to go before making this a reality all across India.

Stay tuned for more about Sunil and pickleball's growth in part 2 of Pickleball in India: The game that gives life!