Does sun, surf and pickleball sound like a dream come true?

It did for Tony and Celeste Horpel! This traveling couple has visited an incredible 72 countries, but they eventually ended up in Costa Rica. And why not? With beautiful beaches, a low cost of living and sporty locals, it seemed like the perfect place to settle down in semi-retirement.

Check out this video to see some of the gorgeous scenery Tony and Celeste get to enjoy, and then read about how they managed to build a pickleball scene from the ground up.

Jump to a specific section of the article with the links below or take the Costa Rican journey in full.

Starting (with the) Small

Tony discovered pickleball in 2012 when a friend mentioned the game to him while he was playing racquetball at a fitness center. A year later, his daughter picked up the 'pickleball bug' when she got the chance to try it in high school and wanted to continue playing in the evenings.

Tony found a nearby facility that offered the sport and began to rally with her and his wife, Celeste. The two courts got little traffic, so they had plenty of time to practice with the gym's wooden paddles and balls. It was then that the 'addiction started to set in.'

It may have been easy enough to play pickleball in the U.S., but it wasn't quite so simple to bring the sport to their current home in Costa Rica. Tony and Celeste decided to make the journey in January 2014 from Spokane, WA. Their kids had moved out and sadly Celeste's mother had recently passed away, so there was nothing holding them in the U.S. 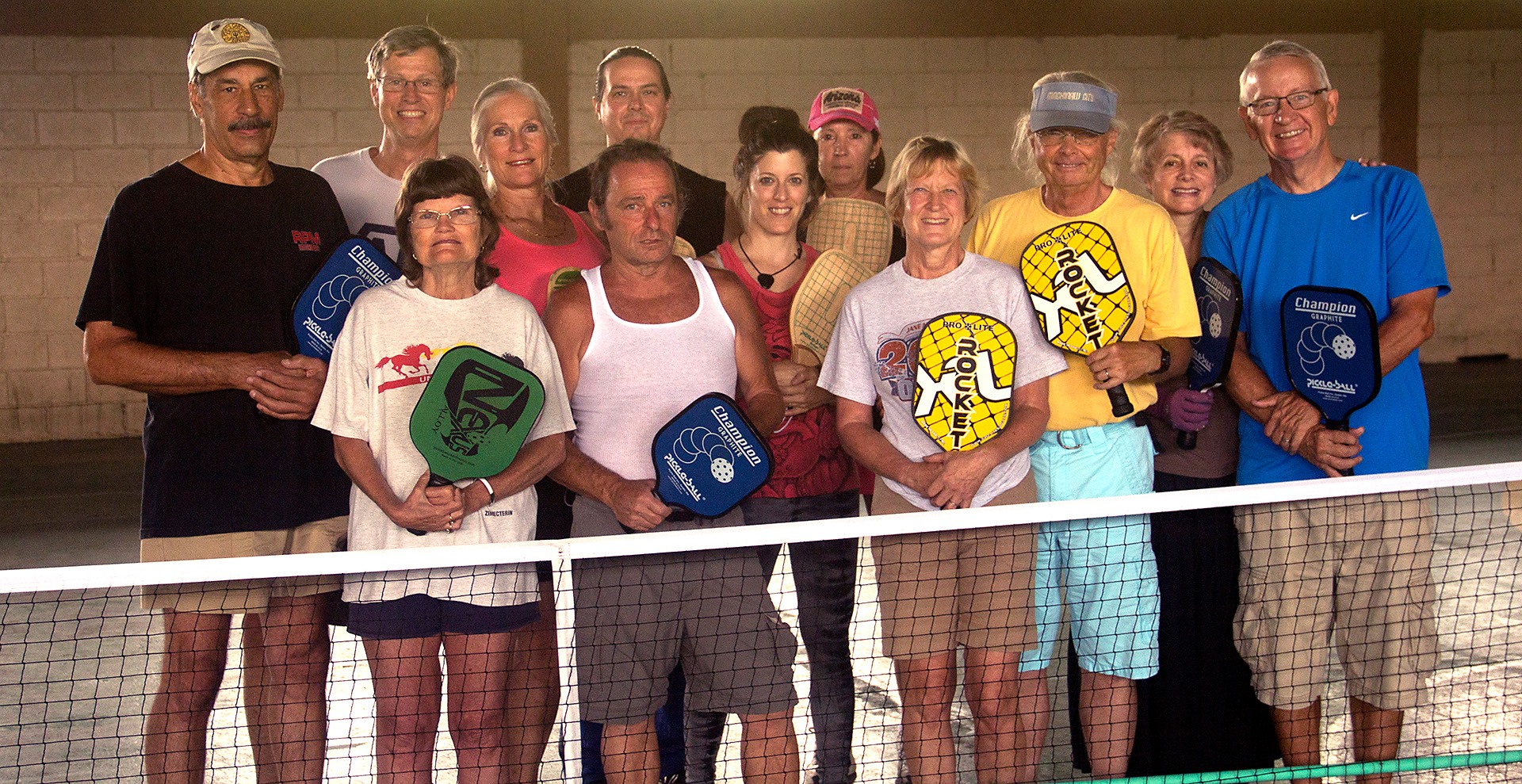 Tony and Celeste with their regular group of picklers

Costa Rica seemed like a great place for retirement due to the lower cost of living (about 50% less than the USA!), and since the two had met as Western Airlines flight attendants, they were no strangers to travel. Tony had majored in Latin American Studies during college and was fluent in Spanish, plus his former business partner moved to Costa Rica in 2010 and had been singing its praises.

Considering everything pointed to Costa Rica, Celeste and Tony took the plunge. What they didn't expect was a complete lack of pickleball when they arrived. Even the other Americans and Canadians they found living there had never heard of the sport!

Tony started with the American and Canadian residents who lived nearby and focused on those who had previous experience playing racquet sports but hadn't been able to stay active as they got older. He invited the interested parties to come play with him, Celeste and his former partner, and quickly saw a positive reaction!

They began playing on a taped/chalked outdoor basketball court that was 'in desperate need of resurfacing.' Not to mention the fact that they had to weather torrential rains and high winds. But about 4 months down the line they found the ideal indoor gym.

The indoor court was built by the neighborhood community a couple years back and was primarily used for sporting events, graduation ceremonies and wedding receptions, so they first had to get permission to play. The community board was thankfully open to letting the picklers take over for $6/hr of court time.

Tony explains the process of growing the courts:

'We initially taped out a court on the green concrete surface. After about 6 months of playing there faithfully, [the board] gave us permission to paint 3 courts. During that time the number of players had grown to around 20 and we were playing 4 days a week, 2 hours a day. Anyone wanting to play was able to try the first two sessions free. After that, the fee was $4 per session or $20 per month (for 16 sessions). It's a great deal for anyone planning to play for more than 4 days a month.' 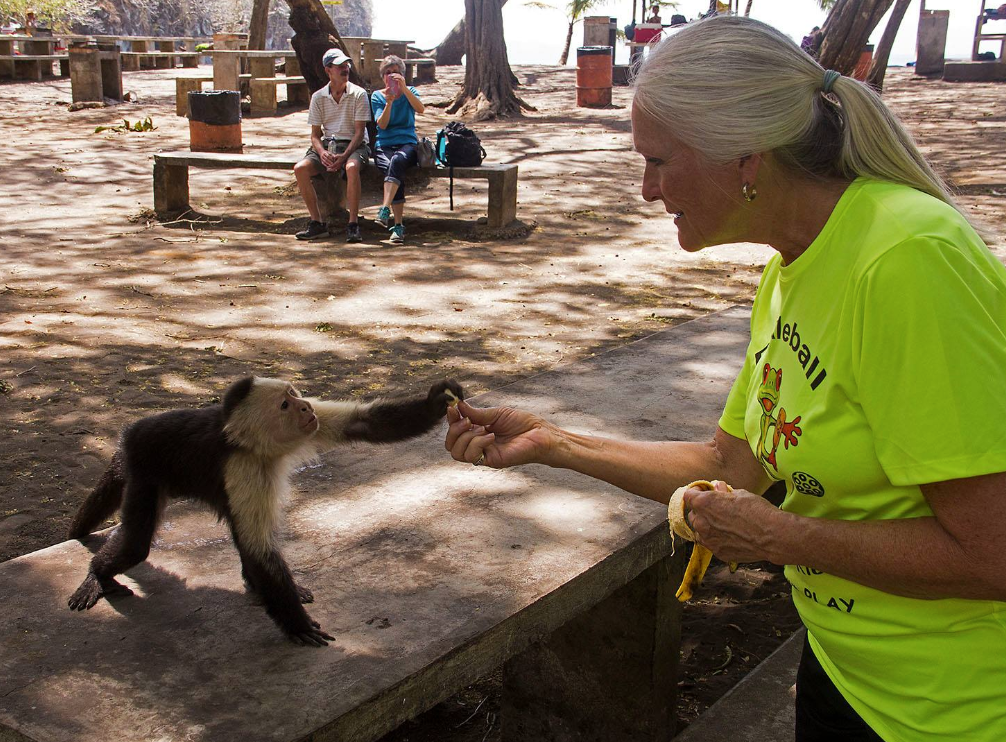 Nowadays the Costa Rican group still plays on their 3 indoor courts, and there are little to no wait times. Most of the players have reached a 4.0 level and competition has become fierce! Thanks to Tony and Celeste's efforts, the call for more pickleball is only building.

'We're currently located in the neighborhood community of Santiago just west off of the Pan-American Highway from San Ramon. Three more courts (outdoors, adjacent to the indoor gym) are in the planning stages and should be completed by 2017. Another five courts in the area are temporary and available for play should the need arise.'

It seems the great response Tony's received has started to trickle into nearby areas nearby as well.

'What's really amazing is that the surrounding communities want our presence and are very anxious to have us play there. I think the motive behind it is revenue! The municipality of San Jose (Costa Rica's capital) has invited us to set up temporary courts and play in various locations to demonstrate the sport. It won't be long until there are pickleball courts throughout the capital city.'

We asked about the locals' response to pickleball, and it seems they're just as excited about its arrival.

'The typical Costa Rican is very sports-minded, which stems from the popularity of soccer.  Tennis, ping pong, squash and other hand-eye coordinated racquet sports are very popular too.  When we introduced pickleball to the Costa Ricans they were more than excited to play. The kids took to it like ducks to water!'

'Those with racquet sports backgrounds became quickly addicted. What stands out the most for me when introducing pickleball to the locals was their willingness to learn with as many as 3 - 4 people playing on each side of the net. It was hard to control the enthusiasm—they all wanted to get in on the action!'

Sunny Scenery and Pickleball for Days

It's clear that these are exciting times for pickleball. So how can you join the fun? In addition to playing on their own time, Tony and Celeste currently run several 'Tour and Play' pickleball excursions in Costa Rica that last 7-9 days. An adventure in the tropics and tons of pickleball? You can't go wrong!

These tours include daily open play, clinics, round robin competitions and trips to see majestic tropical landscapes, wildlife, beaches, coffee plantations, butterfly farms and more. Tony and Celeste live in a rural area surrounded by coffee farms at an elevation of 3,900 ft. on slopes overlooking the Pacific Ocean and Nicoya Peninsula. With temperatures ranging from 65 at night to 80 during the day (year-round), the weather is ideal!

If you're interested in photography then it's worth considering one of Tony and Celeste's longer (2-3 week) tours as well. Tony began making movies at age of 12 with a simple 8mm movie camera that he had won by building his paper route. He continued creating movie skits until college (University of Arizona, 1969-1972) and then began to shoot and develop his own black and white enlargements.

We want to visit! One of Tony's shots from a Costa Rican beach

Photography has been a pastime of his ever since. While Tony was never a full-time photographer, he did become a professional videographer in 1982, specializing in video weddings. Tony's work is truly beautiful and he puts his talents to good use during the photo tours, which get you up close to the stunning wildlife across Costa Rica.

We finished up our interview talking about Costa Rica's strengths and why more people should pack up for a visit.

'Costa Rica sometimes gets confused with the Caribbean island of Puerto Rico, but Costa Rica is in Central America. While it is a 3rd world country, it's actually one of the safest and most modern countries in all of Latin America. The Costa Ricans (they call themselves 'Ticos') are similar to the people of most Latin American countries, being very family-oriented, extremely friendly and accommodating. Farming is a big part of Costa Rican life. We love the non-touristy environment, exotic beauty and wildlife, ideal weather and of course the great food!'