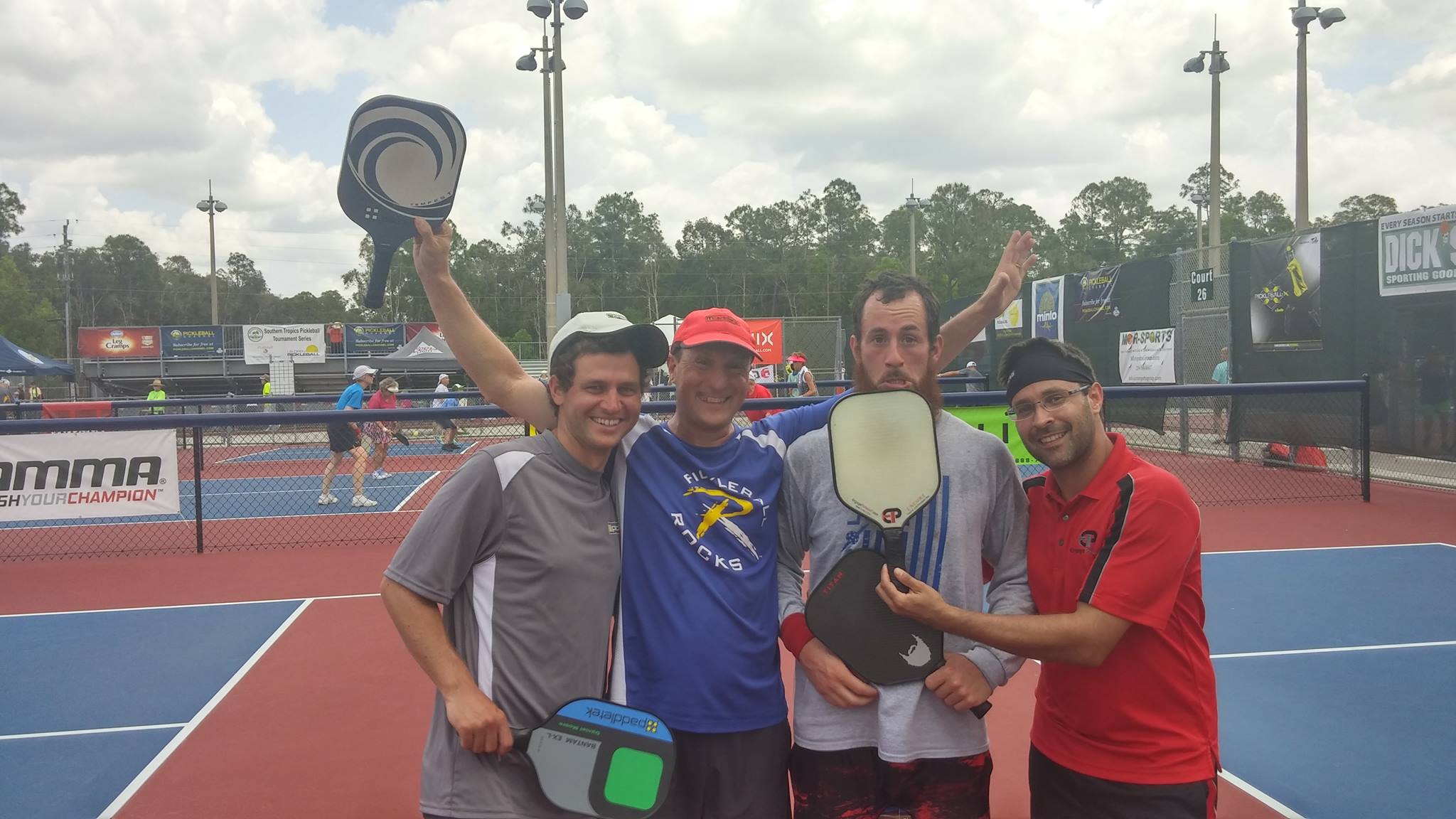 Rafael with some of our favorites: Brian Ashworth, Daniel Moore and Dave Weinbach 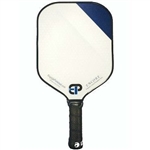 The Engage Encore. I think it's got the best surface for former tennis players to allow for optimal balance of power, touch and topspin.

I started playing in Grand Rapids, MI, in spring of 2013. There was a park with pickleball courts just down the hill from a place I moved to and my landlord suggested I give it a try when I told him I missed playing tennis. I also met my wife, Corrine Carr Siebenschein, through pickleball.

I definitely prefer playing outdoors. Indoor pickleball is often tricky due to the different ball(s) and having to deal with multiple drawn lines and the glare of a wooden court. 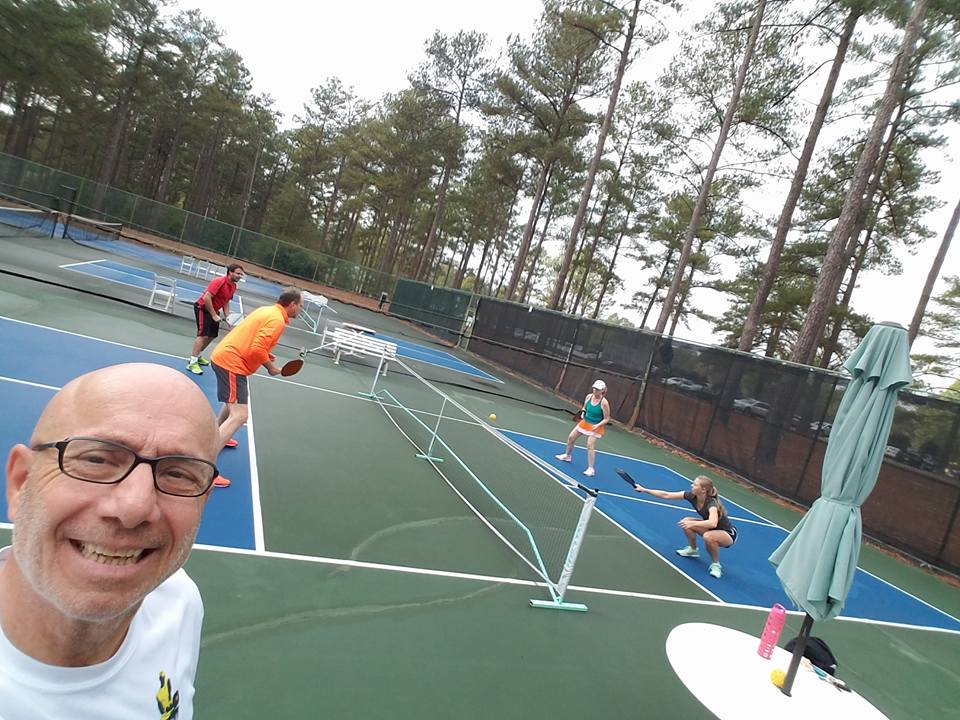 I like them both. Coming from tennis, I enjoy playing singles every now and then as it's very fast and a great workout. It's quite hard to find people to play with though. Overall, I do prefer doubles as the rallies last much longer and require a lot of patience and finesse.

I really enjoyed playing at Belknap Park in Grand Rapids. The facility has come a long way and it's fun playing with the people who introduced me to the game. I also enjoy the big tournaments - the US Open, TOC, Nationals - as they generally attract all the top players and the facilities are getting better each year!

I think the combination of a tennis background and the Engage Encore Paddle enable me to hit with more topspin than most players. This enables me, especially on my forehand, to hit the ball at a high speed with relatively short travel distance.

And patience! For players from a racket sport background, I would recommend finding some top-level players to play against. Playing against weaker players, many tennis players think that the key is to hit as hard as possible. For me, practicing with Kyle Yates and Matt Staub in The Villages back in the day for the first time really was an eye-opener. I recognized the importance of dinking and being able to keep the ball in play while waiting for the opportune time to be aggressive.

I am working in IT as a Systems Developer and Analyst.

Since we've moved to West Virginia this past summer I hardly get to play - mainly due to difficulties finding outdoor courts and time constraints. Ideally, I would like to play once a week or so for maybe 2 hours.

Tennis players are often superstitious and have rituals they go through before every match. However, I don't think any of these have transferred to pickleball for me. Generally, I try to just eat as much as possible for breakfast as tournament days are usually quite long with little time to grab food between matches.

Become more patient and consistent. And play more than once every couple of months!

One of my favorite things about the sport is the pickleball community. In tournaments, everybody fights hard and competes against each other. But at the end of the day, people hang out, get a drink and have a blast together. In rare instances, you may even get to listen to Daniel Moore sing karaoke. I've had fun at every tournament I've traveled to, even when not performing as well in an event as I had hoped! I've met many amazing friends through the sport - including my wife. ;)