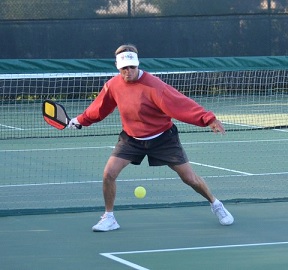 Deep Love comes to mind when you pair up the name 'Deb Harrison' with the game of pickleball!  Deb is deeply in love with teaching and playing this crazy game.  I hope you enjoy her story as much as I do!  I guess I'm going to have to add 'travel to The Villages' to my bucket list, so I can take Deb's 'Intense Pickleball Camp!'


What paddle do you play with and why? 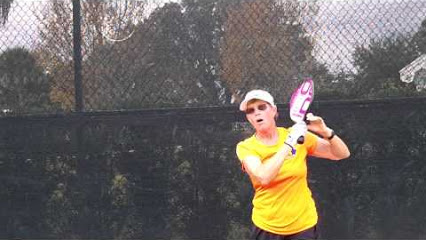 I use the newest Paddletek paddle, the Stratus.

It is a teardrop shape and is probably one of the lightest paddles made. It weighs about 7.1 oz. and is made of polymer honeycomb inside with a fiberglass face. I like it a lot for its maneuverability (lightness).  The shape has no dead spots, almost guaranteeing a center hit 95% of the time. The Stratus has good pop and even better balance for power and touch. I enjoy the deeply throated sound coming off the center of the paddle and would find it very difficult to change to another paddle.

I was introduced to Pickleball in 2004 in Ft. Myers, Florida, at a retirement community that had one pickleball court. I loved the sport from the very beginning and was quickly one of the more accomplished players on this one court. I visited friends in The Villages in late 2004 and saw all eighty or so pickleball courts, (now over 140) which prompted me to put 2 homes and a business up for sale!  I tried to move to The Villages as quickly as possible. I managed to finalize my plans on July 1, 2005, after selling everything that we could not fit into 2 cars. I moved to the Villages and have not stopped playing pickleball since. I play almost every day, 7 days a week from 8 am to 10:30 am. I play every day it is not raining!! I also manage to fit in an afternoon session a couple of days a week. I teach pickleball full-time to many residents and guests of the Villages, and I offer an 'Intense Pickleball Camp', which includes 10 hours of instruction and my own workbook, that takes the “camper” through all I know about the game of Pickleball.

I prefer the outdoor courts because of the challenge of the many variables that affect the game: the sun, wind, rain and the net, for example. The indoor courts are okay, and I like the sound that echoes off your paddle in indoor play, but I really enjoy being outside with all the elements. The court surface is also different, outdoors versus indoors, and the nets are less 'forgiving' on the outside courts.

I enjoy doubles better due to the many possibilities that exist in the game. Doubles is a huge chess match between 4 players and the play is soft, hard, short, deep with spins, flat shots, volleys, drops, et cetera. You and your partner work together to manipulate the ball to your advantage. Singles is more for the depth and pace of your ground strokes and reading the plays for when to come to net to execute the winning volley.

I love to play in St. George, Utah during the Huntsman World Senior Games. The panoramic view is beautiful and the city of St. George and its residents welcome you with open arms. The tournament is age and skill-based as well and makes for competitive pickleball for the 50+ crowd of players. I also love being able to spend several hours in Las Vegas and Mesquite Casinos playing Texas Hold Em!!!

I suggest isolating the many components of the game and find a group or individuals to practice, practice, practice, and practice some more. Your aim is to be the best dropper and soft game specialist!  Another tip is to always recognize the elevated ball and punish your opponent’s blunders with power and placement. Unforced errors win/lose games more than the heroic magnificent shots. Shot selection is mostly based on your opponent’s positions on the court and their individual strengths and weaknesses.  Always look for skills and techniques that you can steal from talented players and begin applying to your own game. It is never ending and rich with possibilities. 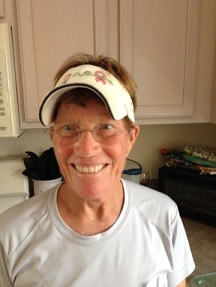 I probably play 14-22 hours a week and teach about 8-10 hours a week. I drill any chance I can and I have an Advanced Women's Group (Deb's Pickle Picks) that I supervise for 3 hours on one day a week. I also provide 2 days of clinics, open to The Villages residents. I have taught classes for The Villages 'Life Long Learning Colleges' for 10 years as well.

I would like to be a better 'banger' of the ball. If I were to employ all the 'tricks of the trade' that I teach, I would be magnificent! But I need to practice them all routinely so that muscle memory gives me the skill and courage to attempt particular shots in the game. I would like to find both a male and female partner that are compatible with my style of play. I also would like to travel to participate in many of the better tournaments. I especially would like to participate in the Tournament of Champions in 2015 and USAPA Nationals in 2015, before it is too late for an old geezer like me!!

Sorry, but I don't think 'old geezer' should be part of your vocabulary!  Anyone who loves pickleball as much as you do will always be YOUNG at Heart!  Thanks, Deb for sharing your story!