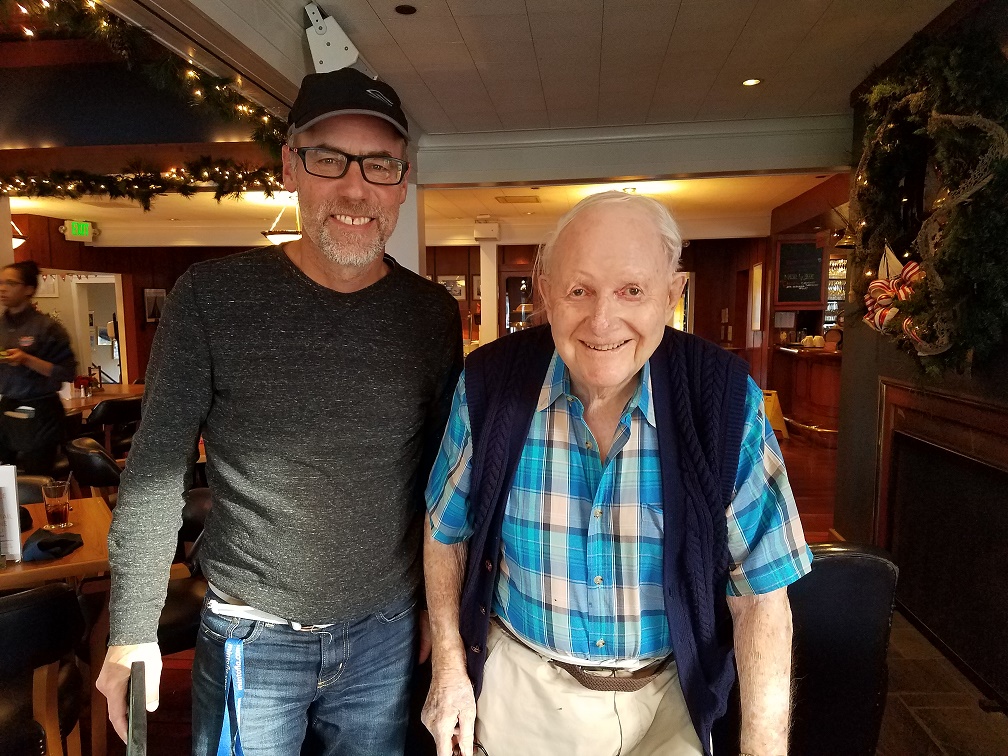 The other day I had lunch with Barney and David McCallum at the Seattle Yacht Club. Time seemed to slip backwards as I sat with Barney and his son in the mahogany-lined dining room overlooking Union Bay, listening to their nostalgic stories of how pickleball came to be.

Mostly they remember the people. Energetic, creative people. Some famous, some nearly infamous. Barney was among the three who invented the game of pickleball in 1965. In 1972 he launched the first pickleball company, Pickle-ball Inc., and started manufacturing the first commercial paddles. Barney made the early paddles by hand. 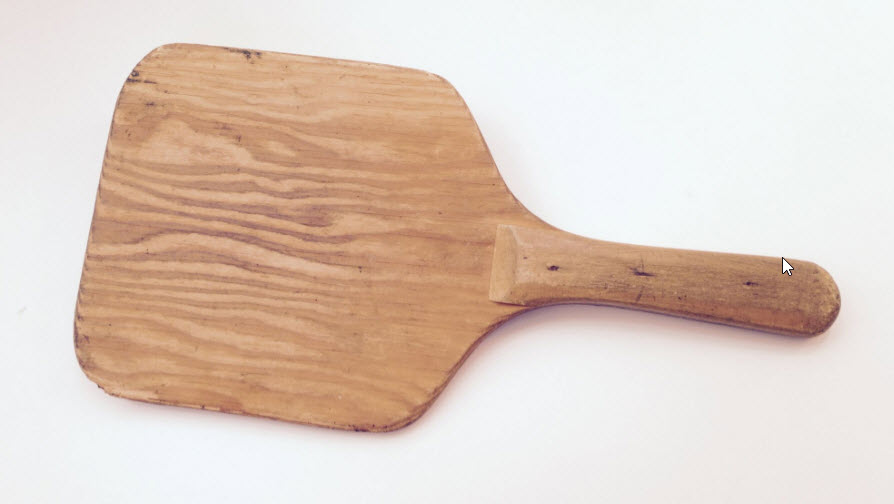 One of the first pickleball paddles. Made by Barney McCallum by hand.

In April 1966, within the first year of pickleball's birth, Barney and David were tinkering with the kitchen line placement in their Magnolia neighborhood cul-de-sac. They moved it from six and half feet (badminton distance) back to seven feet to prevent one particularly tall player from dominating the sport with volleys at the kitchen line. We agreed that they got it right.

Barney was an enormously successful inventor and businessman in the envelope industry. Pickleball was never more than a hobby to him, although he's better known for inventing this quirky sport than his innovative envelope machine patents. Barney was the first player to experiment with the third shot dink as a means to advance to the kitchen line.

He would announce to his partner that 'the X is on' before hitting a 3rd shot dink so they would move forward together. Barney and his partner, Jim Weller, routinely won the early pickleball tournaments sponsored by Nalley Pickles back in the 80s. 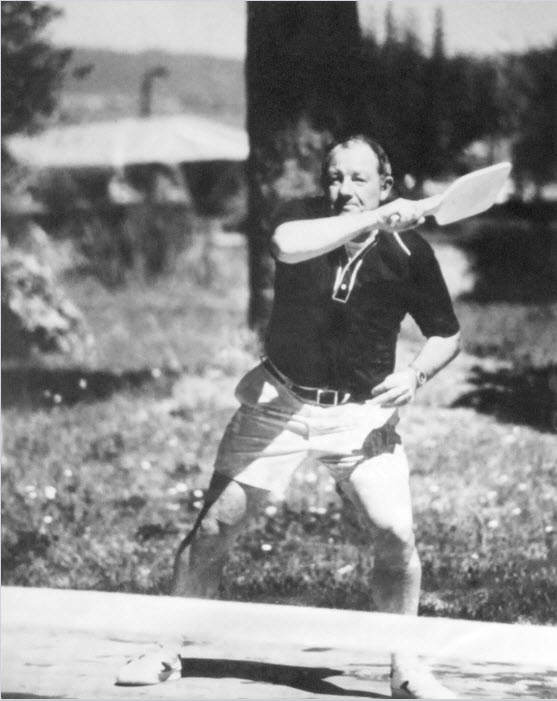 Barney playing pickleball in the 1970s

I asked whether the game was named after the dog, Pickles, or whether the story was true the name originated from a rowing crew term. Barney and Dave roll their eyes. 'Everyone involved knows the name came from the dog.' They have pictures of Pickles back when the name was adopted.

Evidently there were efforts to rename the sport. 'Don't change it,' Barney exhorted. We agreed that all efforts must be made to ensure the name of PICKLEBALL sticks, and that agreement is binding, as far as I am concerned.

Barney still spends much of his summer on Bainbridge Island, the birthplace of this wonderful game of pickleball. I was only four years old in Seattle at the time, but for those few hours in the Seattle Yacht Club, I felt like I was right there with him and his pickleball partners in the summer of 1965.
Glen Petersen