A bunch of pickleball players traveled together with USAPA Ambassador Tom Widden, Lake Oswego, Oregon, aboard Norwegian Cruise Line's “Pearl to the Caribbean”, which featured the Moody Blues Rock ‘n’ Roll Adventure to Key West and Beyond.

Daily play over excellent Deluxe PickleNet Portable Rolling Nets had no problems with the wind. The rolling nets stored easily when not in use. We played exclusively with the fabulous new Onix Pure Ball while cruising at a speed of 20 knots.

The game was not really affected by the wind. 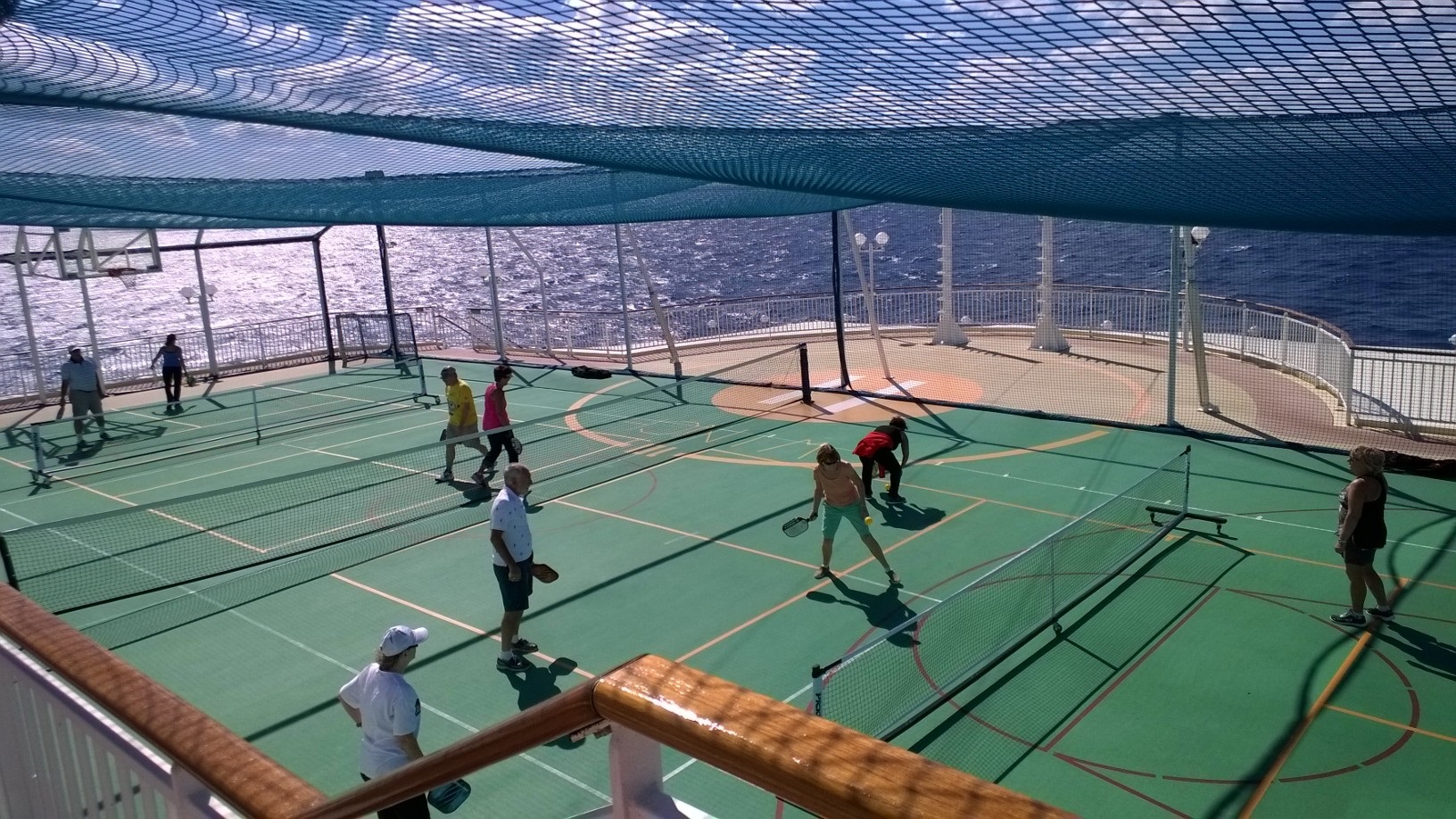 Tom brought along variety of pickleball paddles from PickleballCentral to share with fellow 'Moodies', including John Lodge, founder of Moody Blues, seen here with yours truly, District Ambassador Tom Widden plus the concert promoter.  All new players caught on to the game of pickleball in just a few minutes.. 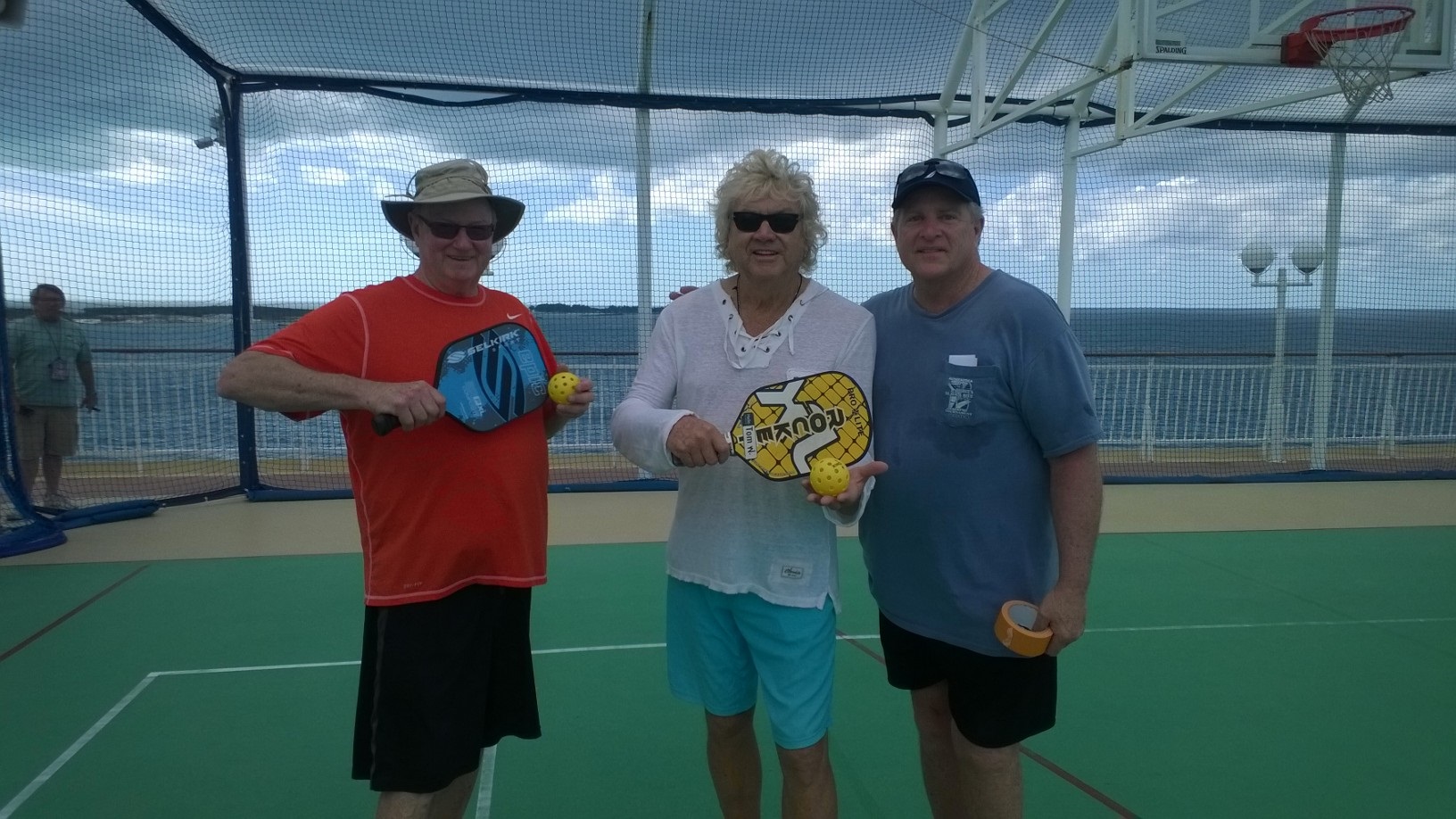 Everyone raved about the Onix Pure balls being more durable and easy to play with.  Not one broke during the cruise. 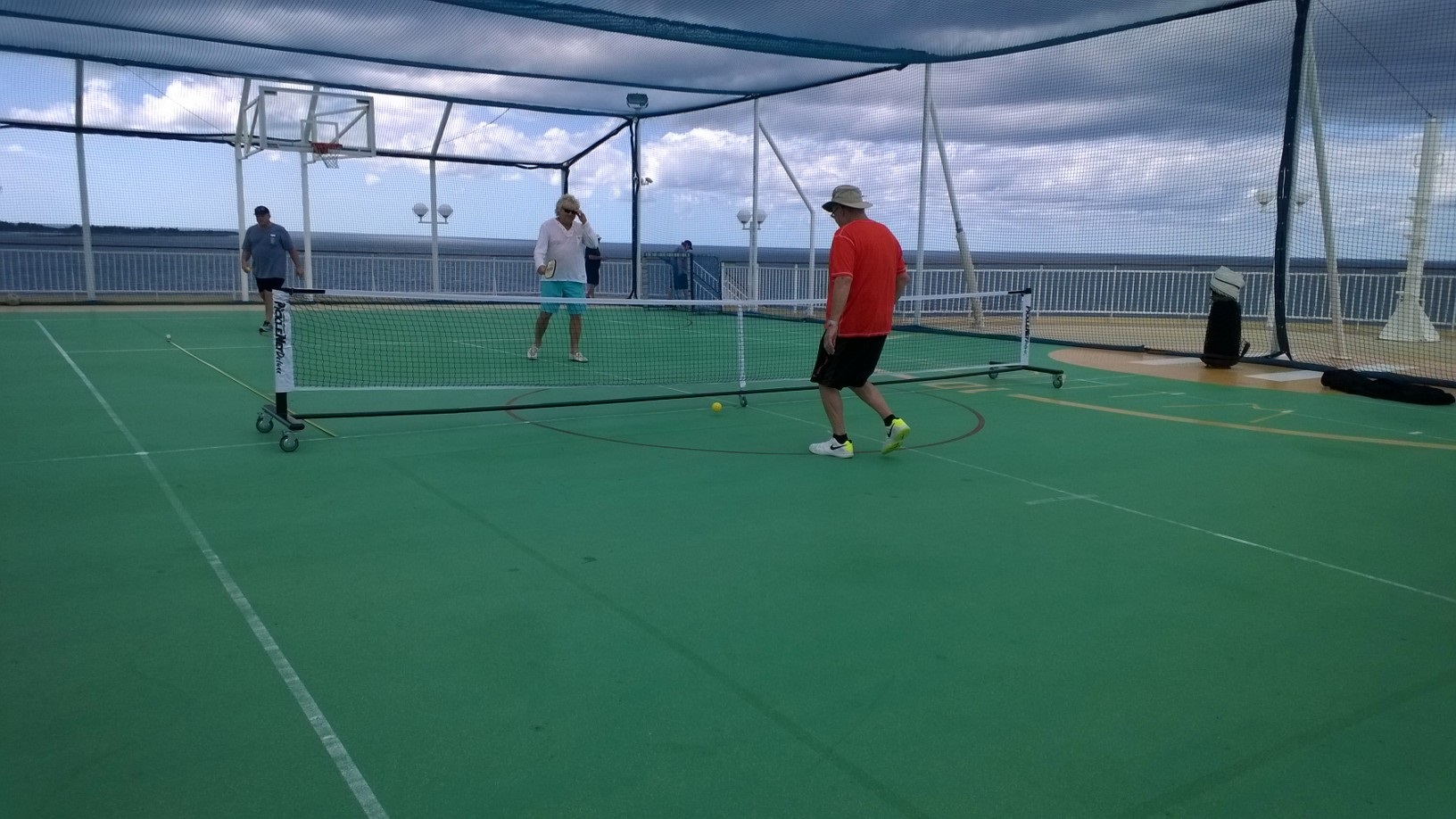 After a morning of pickleball we settled into great concerts til late at night. We are taking in electric light orchestra here.. 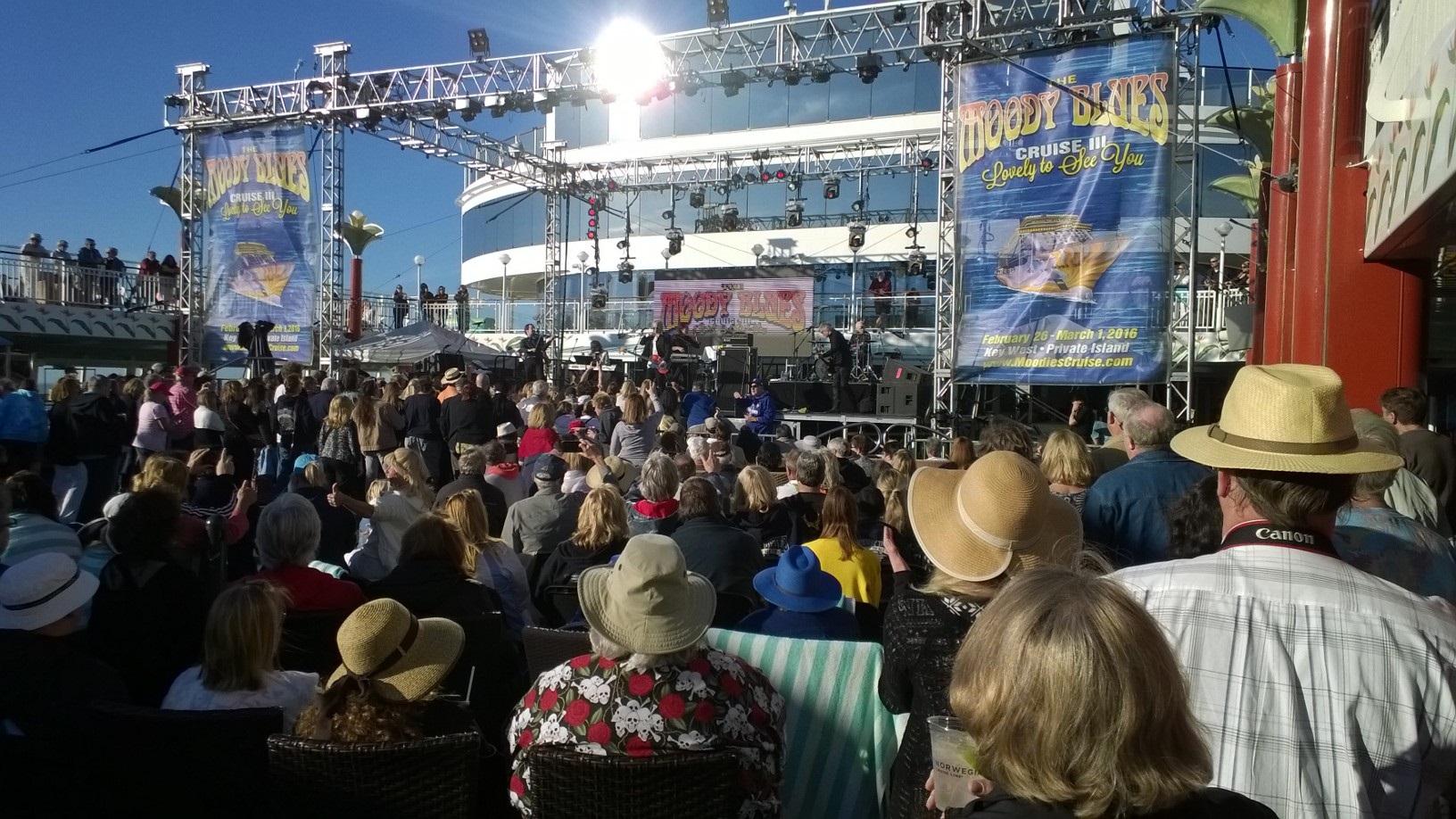 Moody Blues perform on the cruise ship concert stage in the evenings. 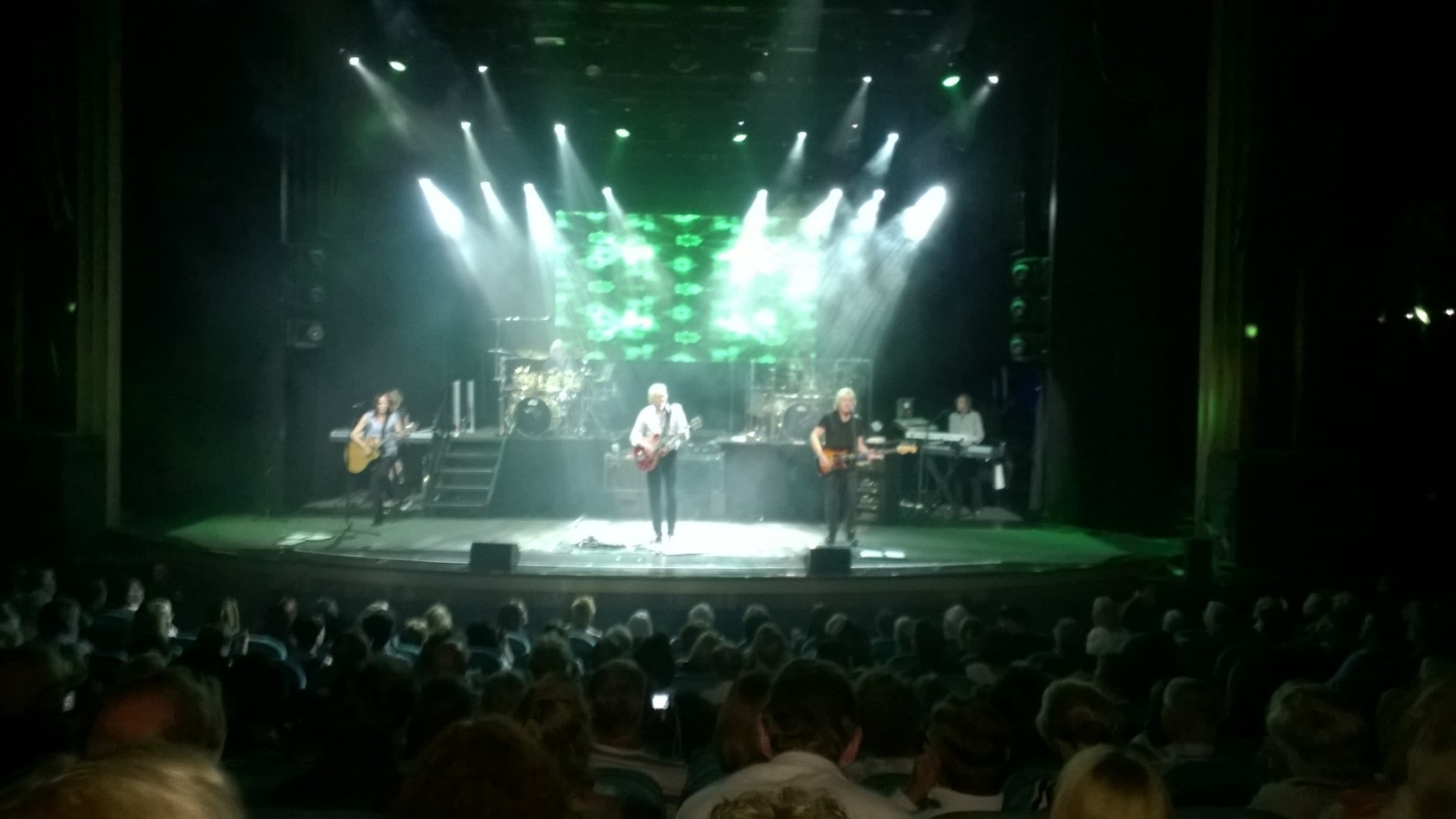 This historic voyage demonstrated that cruise ship sport courts are ideal for the pickleball player demographic and should be promoted as a natural combination to attract seniors who love cruises and love playing pickleball! More cruises featuring pickleball are being planned soon. 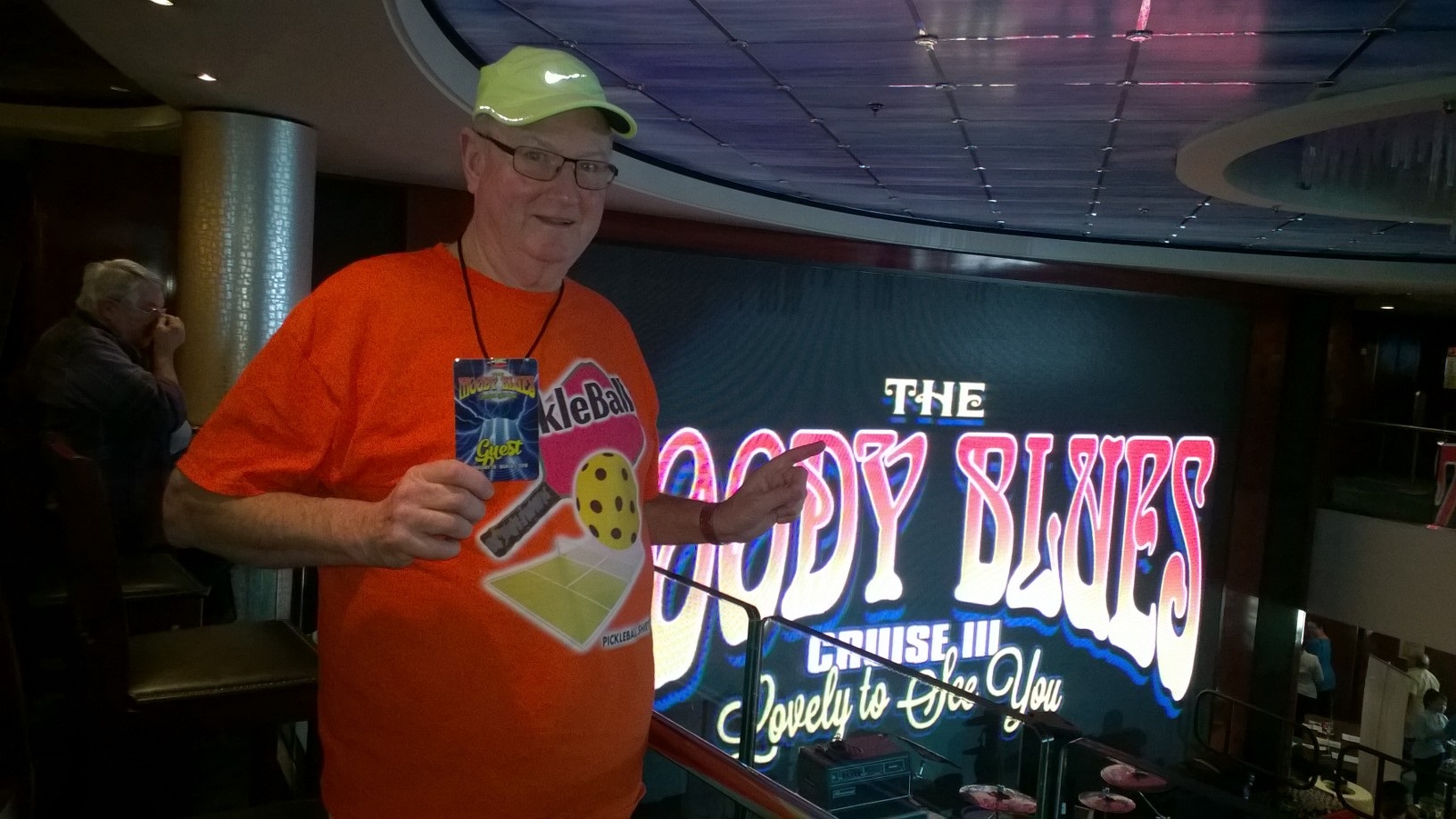