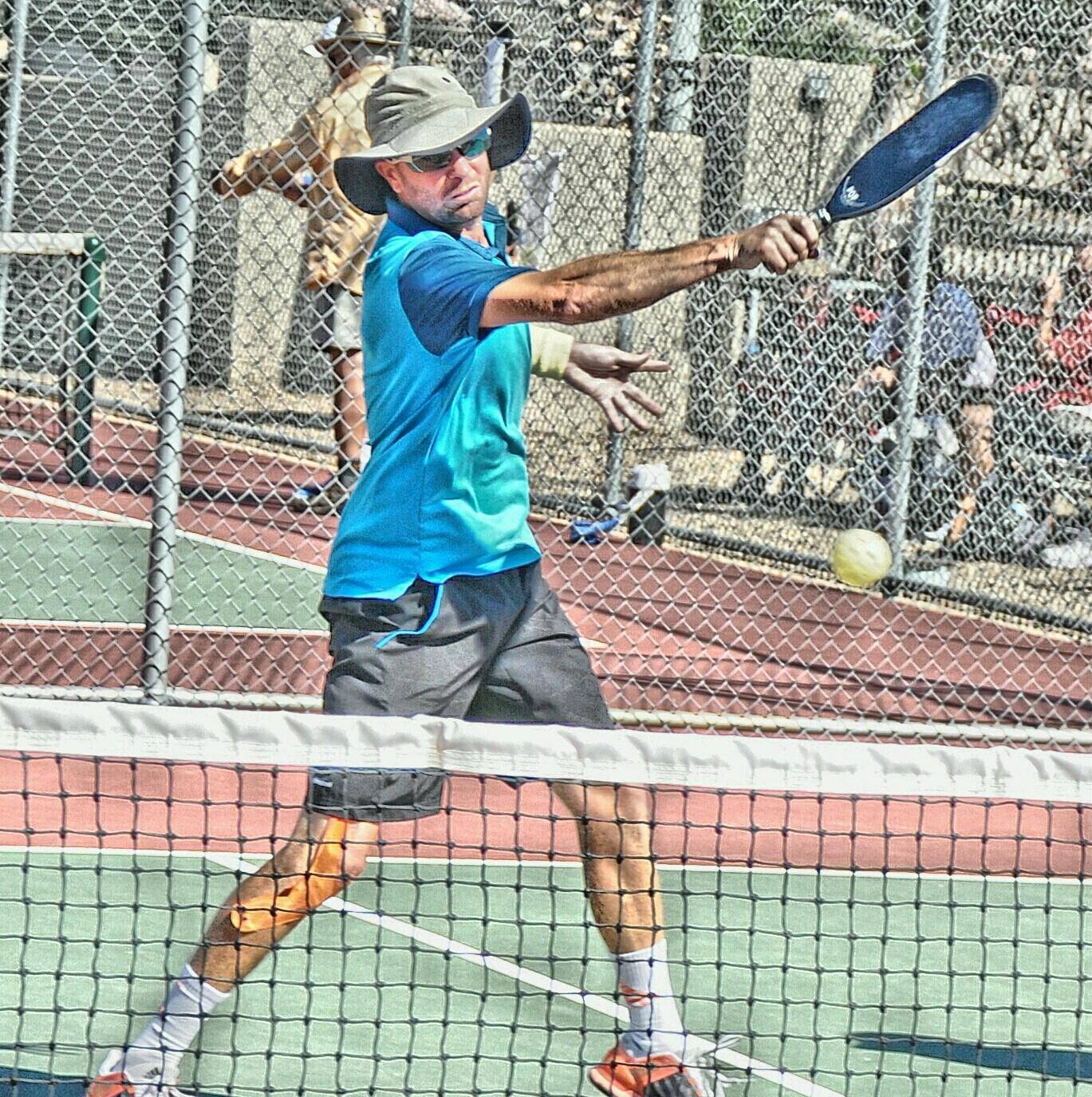 We are excited to introduce you to Morgan Evans, another extreme competitor who won Gold at the 2016 U S Open Pickleball Championships. Enjoy!

I am currently using the Engage Encore Blade. It has a great mix of power and spin to help give me the unfair advantage I need to compete at the highest level ;-)

I started playing around 2 years ago at a local park near my house in Palm Desert, California. I was with my brother and some other local tennis pros that had picked up the game. I wasn't hooked on the first try, but after a few games, I knew my social life was over. I spent that summer up in Seattle and I actually called the nice people at PickleballCentral to source some good players. Cheers guys ! I forget which nice young lady I spoke to but they put me in touch with Yoda Freidenberg and Don Pascal. Yoda replied to my email and told me to test the waters with the local band of 5.0 misfits, including the bearded wonder, Brian Ashworth.  After meeting Brian I considered quitting immediately, but Glen Peterson assured me that it was worth pursuing, so here I am :-) 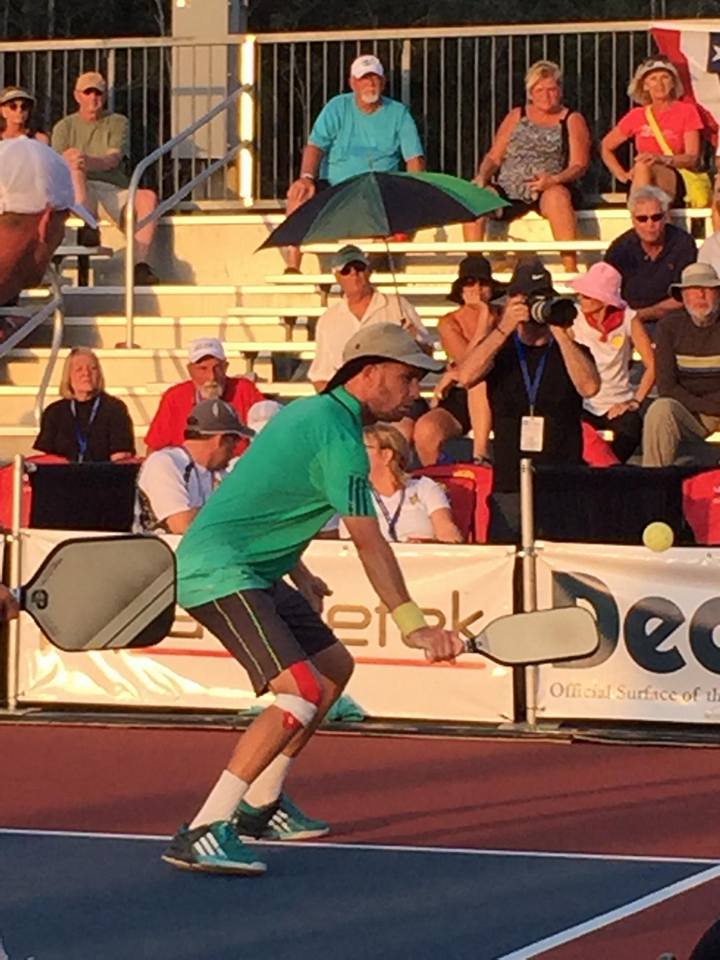 Outdoors. However, I enjoy the precision that indoor play allows...and the AC.

Doubles!  I need someone to blame when things go south.

The Zing Zang court at the US Open was pretty special. Feeding off the energy of the crowd adds intensity and pressure to every ball, and I stole an alarming amount of Powerade sweat towels from the box seats.

Know the climate and pre-hydrate accordingly. In warmer and/or more humid environments, I will typically start to double my electrolyte intake 1-2 weeks before the tournament starts. Hyland leg cramp pills really do help but don't wait till it's too late.  Pro tip: If you are an alcoholic, tournament time is not the time rock the boat. Taper down slightly a week before a tournament and then during tournament time try to limit yourself to just 6-8 drinks after you win gold. Kidding !! (2-3)

I play at least 12 - 15 hours a week, 20 + before a tournament. I also teach the game which allows me to be on court more often, learning from my students along the way.

I check to make sure my dodgy travel insurance policy is still valid...does that count ?

I don't need to be the best player in the world, but I'd definitely like to be in the top 1. I would also like PickleballCentral to sponsor my incredibly well-run tournaments. Thoughts ?

I've always been quite famous in my family, almost everyone knows me, but to be known by other people because I am good at chasing a small plastic ball around is a real trip. However, what I love about this game is that I still feel like we are all in it together. I get a thrill when I am on the court with a beginner and they win their first dinking rally. I can enjoy playing with such a wide diversity of people, it gives me hope that if I ever reach the top, I won't be lonely.