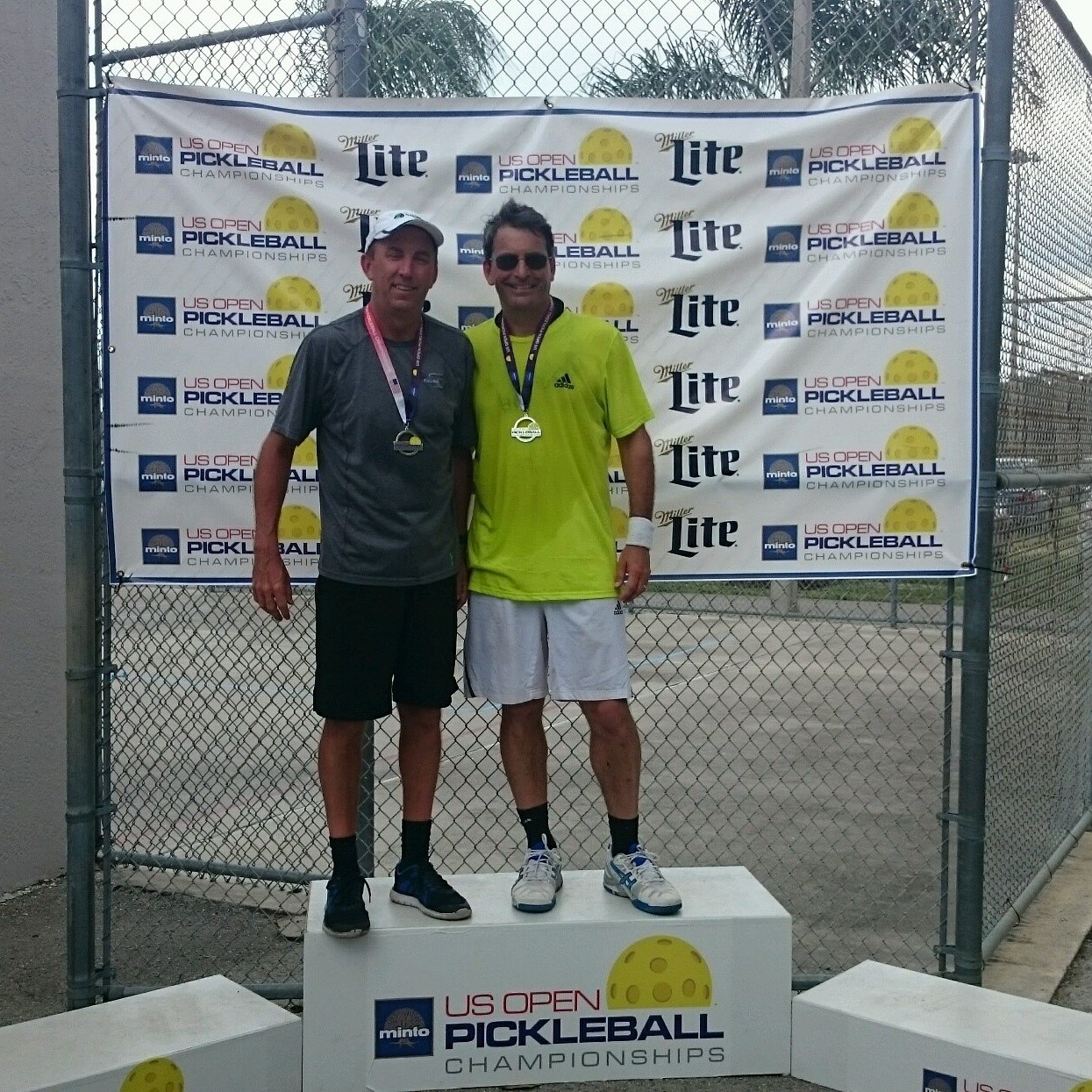 John Moorin won Gold, Men's Singles Age 50+, at the US Open last April. He played singles 3-4 times and doubles 10-15 times before the tournament. Is this guy lucky, or just incredibly talented? You decide…

I have only played one pickleball tournament in my life: the US Open in Naples last year. I was fortunate enough to win it. I've had some decent wins as a tennis player though.

I play with the Paddletek Bantam EX-L. I chose it by looking up what lots of players used and what my friends that I play with suggested. I really like it.

I was introduced to pickleball about 8- 10 weeks before the tournament by Rick Witsken, Matt Schiller and Chris Zeilinga in Indianapolis. Rick is a former Association of Tennis Professionals (ATP) pro and Matt and Chris are 5.0 - 5.5 rated tennis players with the National Tennis Rating Program. We play tennis together and they needed a fourth to try this new game. It was so fun. I played singles 3-4 times and doubles 10-15 times before the tournament.

We play mostly indoors in Indianapolis because of the weather, but I think I like outdoors better. I like being outside and I think you can hold your shots longer before you commit.

I love singles for the exercise but I like the trash talking that happens in doubles with my friends. I play with guys who can beat me in tennis but I'm really more competitive in pickleball. So they tell me how old I am and how bad I am in tennis now. I tell them I can't see who is saying those things to me because the light from my medal is shining in my eyes. It tends to work.

My favorite place to play is The Retreat in Indianapolis. Rick Witsken does a great job getting players together and it is a fun atmosphere. The park in Naples where the tournament was held is a close second. Great weather and the courts are nice. 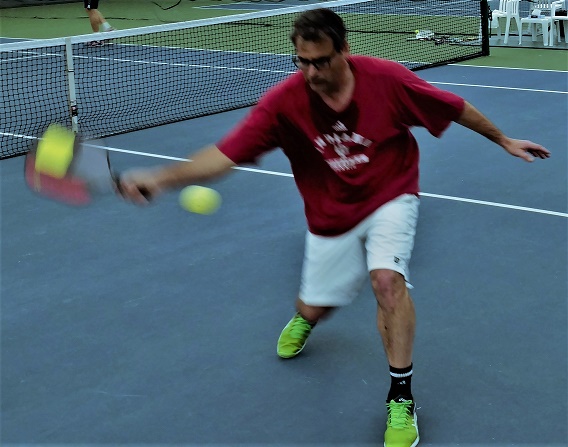 My secret sauce is probably my racket background. I played college tennis in the Big Ten and have won some decent events. I also was nationally ranked in squash. I think that helped me develop pretty good hands at the net, which is really helpful in pickleball. One thing I believe that may have also helped me is riding and training on  a road bike. It helps you keep your legs as the match wears on, especially in heat. The US Open was really hot and I played multiple events and matches in a day. Having my legs at the end was a definite plus.

My day job is that I own a medical distributorship. We distribute orthopedic devices and regenerative medicine products. It's stressful but pretty interesting.

I probably play over the course of a year about an hour a week. Usually sneak one in during lunch or one on the weekend. I try to play enough to keep my feel.

No lucky rituals, but I get really nervous. I always think I'm going to lose in warm up. I need to learn how to change that. Once the match starts I tend to get better as it goes on.

My goal for pickleball is to play more. I think I have a lot to learn. The game is so young and I think it will look different in 10 years. Strategies and techniques will change as the equipment and players develop. I would like to evolve. That's my goal.

Thank you John for sharing your pickleball story with our readers. We look forward to seeing more of your talent on the tournament medals list next year!