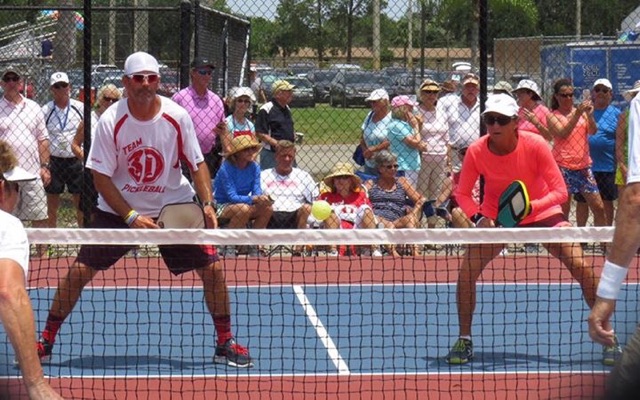 Dominic Catalano lives for this wonderful sport! He plays, he competes and he owns his own pickleball business where he gives instruction and runs tournaments and leagues. Enjoy his story!

I was introduced to the game up in my hometown of Chicago. While in Chicago I was a high school physical education teacher at Notre Dame College Prep and we were the only school in our area that was teaching pickleball in our curriculum. So my first few years playing pickleball was teaching the sport in my classes. Over time, I started to enjoy pickleball!!  In 2013 I moved to Naples, Florida, taking a job with local Parks and Recreation Department. We did not have pickleball at the park, so I had 4 courts painted on 2 of our tennis courts and started the program with 15 people. When I left the that job to concentrate on my pickleball company this past summer, we had over 300 members at the park. 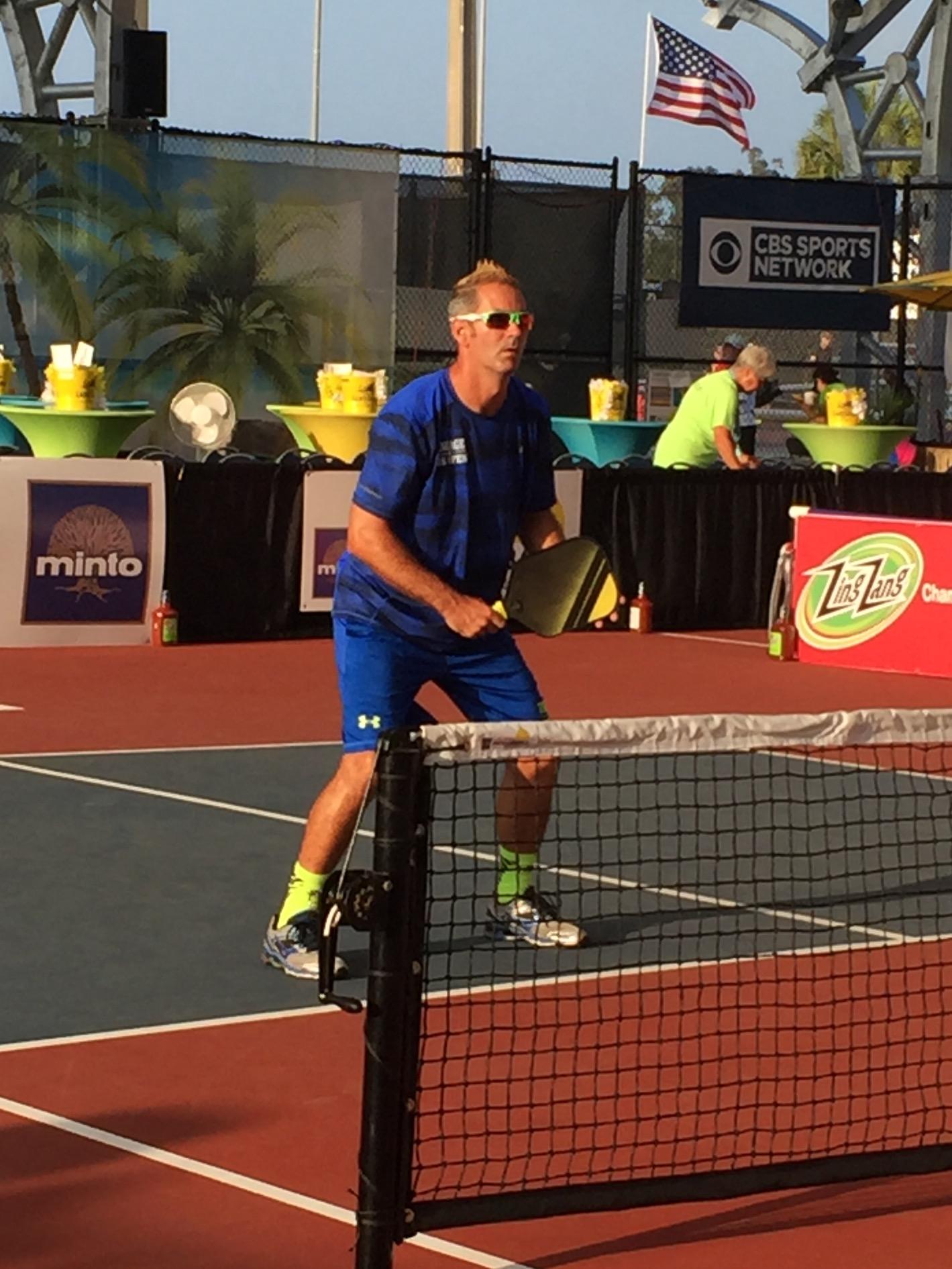 Dominic Head to Toe in Blue

I prefer to play outdoors every day of the week! I just think the game was meant to be played outside on an actual pickleball court. When you play inside, everything is different (the ball, the lighting, the courts).  Plus, outside you have to deal with all of the elements too like wind. Which as any pickleball player know, can play havoc with the ball, but I like the challenge!

If I had to choose, I would say I like doubles better. I like the team aspect of doubles and especially when you gel so well with a partner. It makes winning that much more special. I was blessed to play mixed doubles with JoAnne Russell (former Wimbledon champion) for a few years and we just worked so well together! We always knew where each other was going to be at all times. It’s tough to find someone like that and someone that is as competitive as me, but with JoAnne it was easy!

Without a doubt, anywhere down here in Southwest Florida! We have some of the best facilities in the country! From the Bonita Springs YMCA to East Naples Community Park (host site for the US Open) to Veterans Community Park and all the private communities in between, we are never short of some great pickleball facilities in my area! 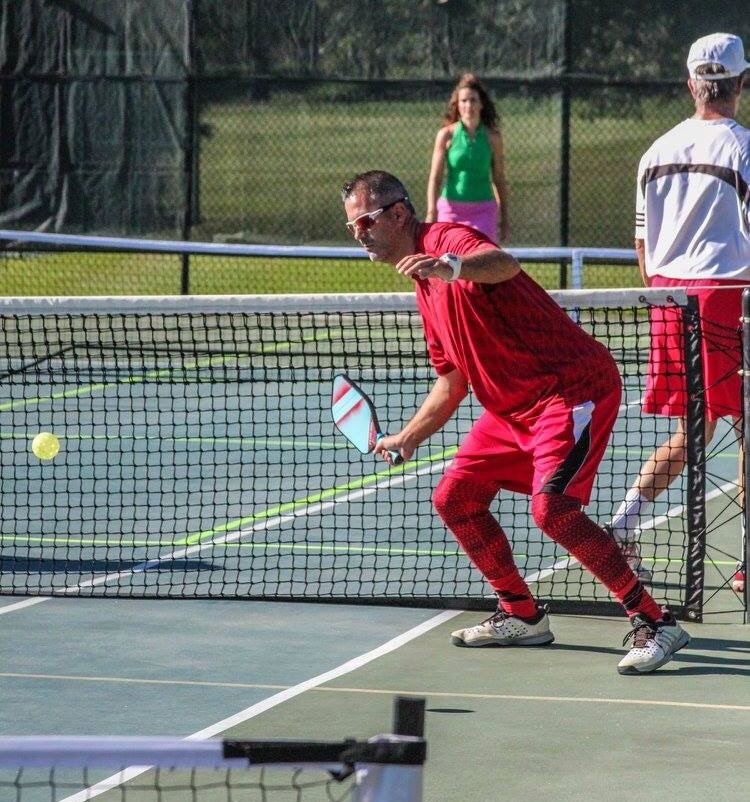 Well now what kind of player would I be if I gave away my “secret sauce”?!?! Seriously though, I believe that one of the most important things in our game is consistency. Whether it be at the Pro Level or the 2.5 level, the name of the game is consistency. The best way to build up that consistency is by drilling. It’s great to come out and get those competitive juices flowing while playing games, but there is no substitute for some good drill work! Also, confidence helps. No matter who is on the other side of the net, mentally you tell yourself you are the best player on the court!!

I own my own pickleball company named 3D Pickleball. The “3D” stands for Dedication, Determination, and DOMination!!  I give lessons and clinics all over SW Florida as well as run 2 tournaments: the 3D Pickleball Turkey Classic in November and the 3D Pickleball Cupid Shootout in February I also run some ladder leagues and flex leagues. It definitely keeps me busy! How could I ever complain being on the pickleball court all the time? I was a baseball player and coach by trade but have traded in my glove for a pickleball paddle and have not looked back!!

I would have to say I play about 10 – 15 hours a week. Yet luckily for me, when I’m working, I’m still on the court giving lessons or clinics so I’m constantly with a paddle in my hand working on things with my students. We are blessed with some of the top players in our sport that live down here in Southwest Florida. We set aside certain days and times to get together to play and drill. We are kind of spoiled when it comes to that kind of top level play!!

Anyone that knows me knows that I’m very particular about what I wear. I always have to match from head to toe and that includes my paddle.  So my rituals start at home with picking out what I’m wearing for that particular day at that tournament. If it wasn’t for Pickleboat (my clothing sponsor) and Engage (my paddle sponsor), it would make things much more difficult but because they let me pick my color combos with clothes and paddles it makes my life that much easier! Lastly, you will always see me with my headphones on before a tournament starts and it’s only playing one song, the Game of Thrones theme song! I guess I’m kind of a nerd like that, haha!! 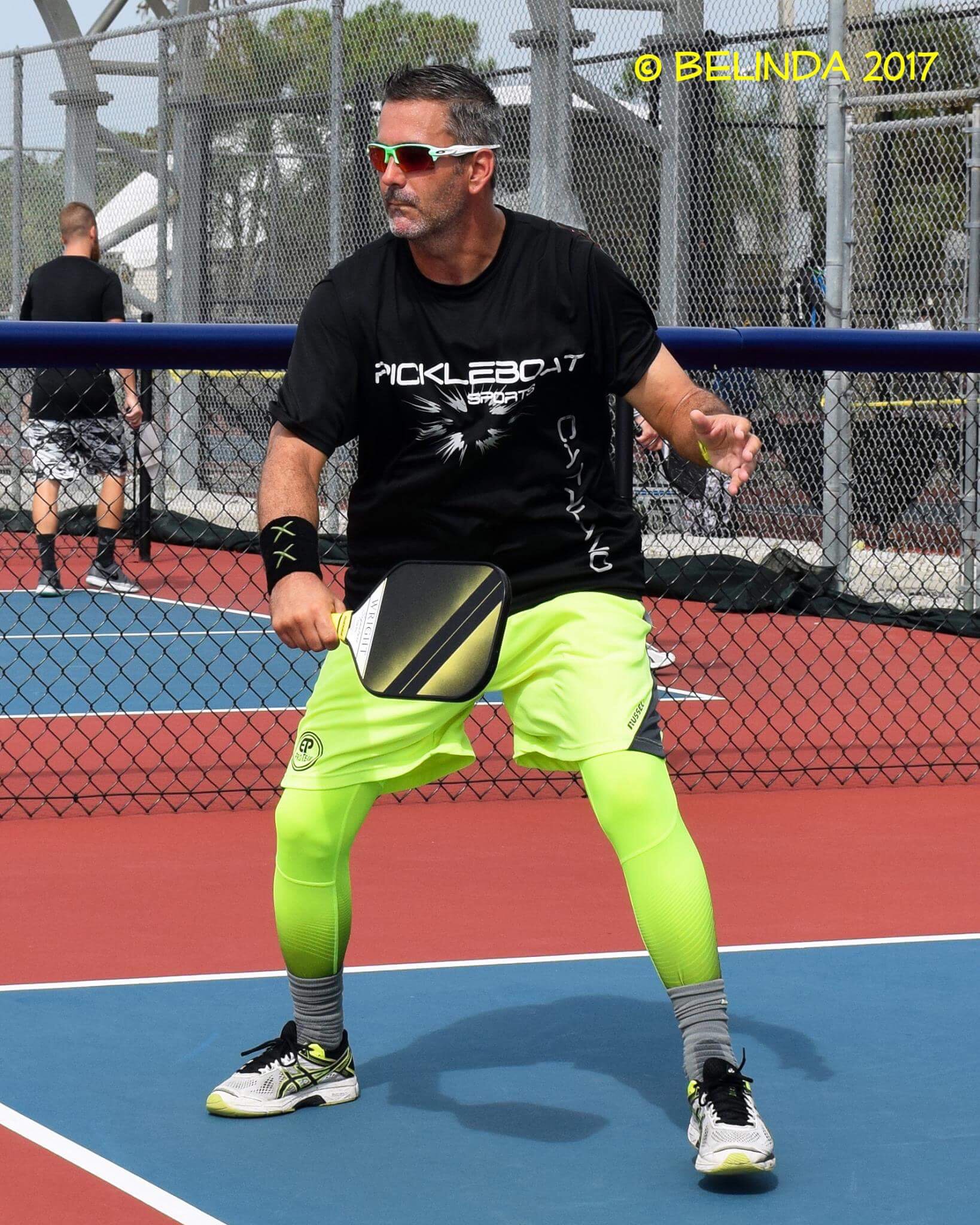 As a pickleball player I just want to continue to improve each and every time I step on the court. I make sure that every time I’m out there I have something in particular that I am going to work on that day. As an instructor for the sport I just want to continue to grow the game! Going to tournaments and competing on courts next to my students and seeing them have success makes me just as satisfied as when I medal in a tournament. To see the excitement on their face is priceless!

Where I’m at right now in pickleball gives me the opportunity to spread the word about our great sport. It allows me to help so many people improve their game of pickleball as well as promote a healthy lifestyle for many, who without pickleball would not be getting much physical activity!