Pickleball talent runs in the blood of this pickleball playing father and son duo.  Brian and his wife moved to the pickleball hub of The Villages in Florida and their son Matt followed. Matt and Brian Staub both achieved a 5.0 player ranking.  The Staub's offer pickleball lessons, clinics, and video analysis through their website, PoachPB.com.  The Staub’s were kind enough to answer some questions for us. 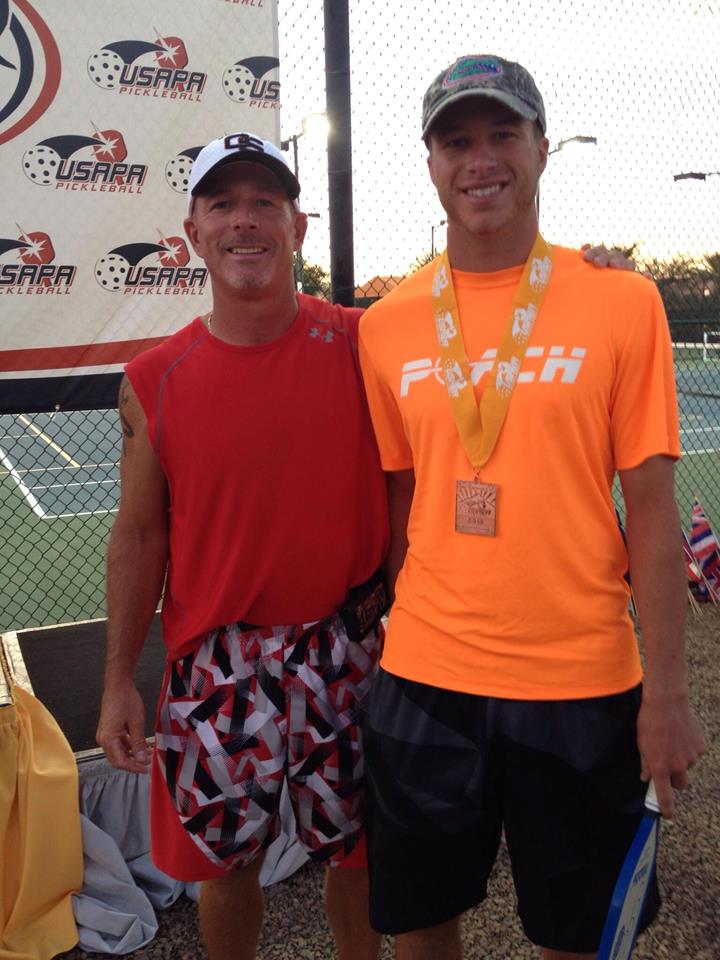 PBC: Can you list for us your major wins so we can correctly introduce you to our readers?

PBC: What paddle do you play with and why?

Staub's: Champion Aluminum. We like the soft feel that gets even softer as you play with it. 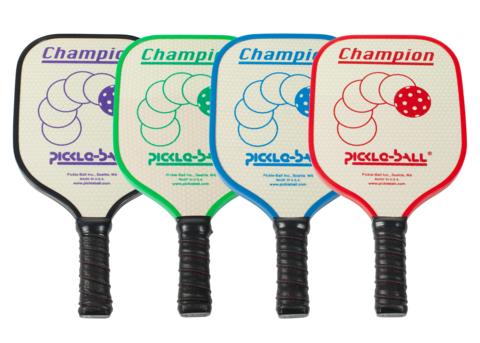 PBC: What’s your pickleball story? How were you introduced to pickleball?

Staub's: My parents (Ralph and Delores Staub) moved down to the Villages about 12 years ago and we first saw it on a visit one year, we have been hooked ever since.

Staub's:   This is the Sunshine State, we don’t use indoor courts.

PBC: Do you like singles or double better? Why?

Staub's:   Doubles because there are so many interesting matchups and patterns you can use, it really is a constant chess match. 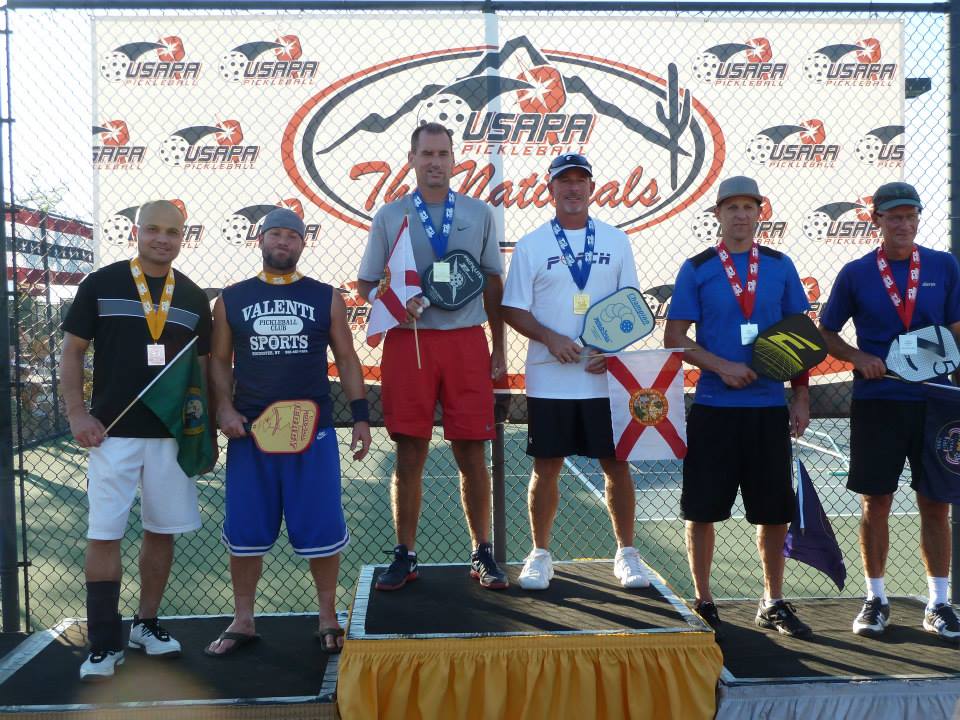 PBC: What’s your favorite place to play? Why?

Staub's: We really enjoyed our first trip to Ogden this year. It’s amazing to see the mountains since we don’t have anything like that in Florida. It’s also nice to get out of the humidity and only use one shirt per day.

PBC: What’s your secret sauce? Any tips for players?

Staub's: I don't think it’s much of a secret that we both like using our backhands; an easy tip to help your backhand is start using the continental grip.

Brian: I’m retired from UPS with 28 years of service.

Matt: I am a pharmacist.

PBC: How many hours a week do you play? How do you make time to play?

Staub's: We try to get 6 hours a week, mostly drilling. There is ALWAYS time for exercise. 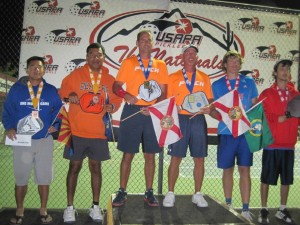 PBC: Any lucky rituals before a big tournament?

PBC: Do you mind sharing about your personal life? Are you single? Married? Kids?

Brian: I am married to my wife, Patty, and we have 2 sons - Matt and Chase. I played college tennis, and Patty was a college gymnast.

Matt: I’m single until Caroline Wozniacki comes to her senses. I played baseball in college.

Thanks Brian and Matt for sharing your passion for pickleball with us!