Welcome to 2019, everyone! We hope this year will be a great one full of positive changes and pickleball.

To start off the year right, we're sharing a wonderful story from The Tennessean about a woman who used pickleball to regain her health and battle depression.

Julie Nidiffer of Nashville has dropped over 90 pounds and greater peace of mind since she started playing pickleball 12 months ago. Having grown up a healthy child, Julie eventually started gaining weight when she had kids with her husband while juggling school full time. McDonalds was an easy solution for fast and affordable meals but not a good one for her well being. 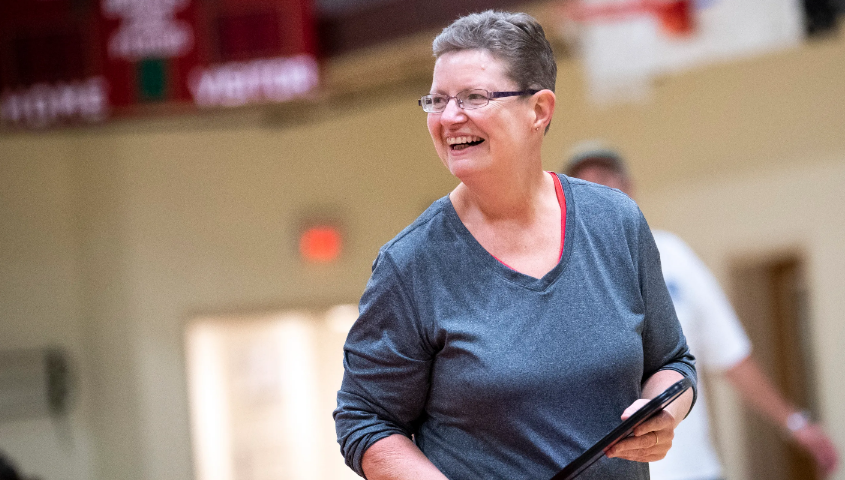 Around 6 years ago Julie was over 200 pounds, and this combined with the fact her mother had died 10 years earlier due to her own weight complications sent her into a depression. The weight also caused pain by worsening a disc degeneration in Julie's back.

Last year Julie received an email from the Gordon Jewish Community Center’s gym and became curious about pickleball, touted as a sport 'good for beginners of all fitness levels.' She asked her husband to come along and gave the game a shot.

Despite feeling anxious at first, Julie found a group of players that welcomed her, congratulated her on good shots and welcomed her with open arms. This successful first experience inspired her to go back again and again, until 4 months in, she realized she'd lost 10 pounds and made significant improvements in her game.

Julie decided to take her results and run with them, joining Weight Watchers so that she had a an established weight loss program to follow. Her husband explains that, “She became a much lighter person, physically and spiritually. She was having fun, and she realized she could have fun.”

Jerry, Julie's husband, has benefited from pickleball himself and lost an impressive 70 pounds.

Julie now plays pickleball three times a week and regularly takes long walks on the track. Her current goal is to lose 13 more pounds and then run a 5K race in April.

Julie says: “Today, I’m amazed at how much change I’ve gone through in a year. I am happy, and that doesn’t mean things don’t go wrong, but I’m able to handle it, I can deal with it. I can put negative things in perspective. I enjoy being around people.'

Julie's progress is a huge inspiration to us and we hope it will help others follow their dreams in the New Year.

Do you have any plans for 2019? Share your goals with us in the comments!