Building Your Own Pickleball Court Can Be An Easy DIY Project 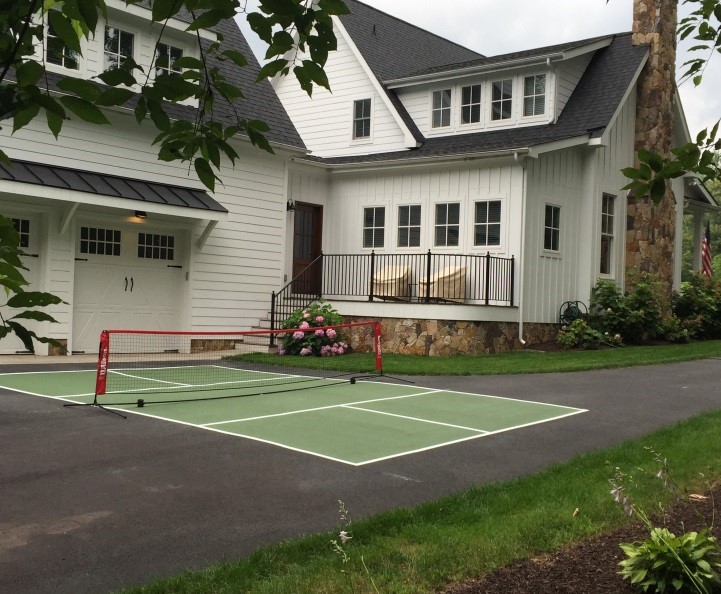 For years, pickleball players on a tight budget who wanted to build a pickleball court were forced to buy whatever exterior grade paint the counterperson at the local home improvement store recommended. Since the paint products sold in the consumer marketplace do not hold up to the foot traffic and UV degradation that pickleball courts experiences on a daily basis, this created many unsatisfying results.

When the USAPA asked California Sport Surfaces if they could formulate a ready-to-use, do-it-yourself, pickleball surface that homeowners, church groups, and pickleball clubs could use to turn their driveways, parking lots and patios into playable courts, California Sports Surfaces challenged their chemists to create a consumer-ready, easy to apply, and long lasting textured coating. The result was PicklePave Court Surfacing, the Official Do-It-Yourself pickleball court surface of the USAPA.

Randy Futty, VP of California Sport Surfaces, felt it was important to personally test out the new formulation when it was first created, so decided to use his own driveway as his “petri dish.” Together with his wife, he spent a weekend turning their driveway into a beautiful emerald green pickleball court. 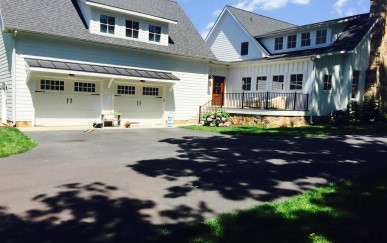 Since a 22’ x 40’ pickleball court wouldn’t fit in their space, Randy scaled down the court’s playing lines to 16’ x 26’. To create the court, they first treated and scrubbed two oil spots from the asphalt.  A solution of Dawn dishwashing liquid and a stiff scrub brush did the trick. Then they power-washed the area to be coated, allowing the driveway to dry overnight. 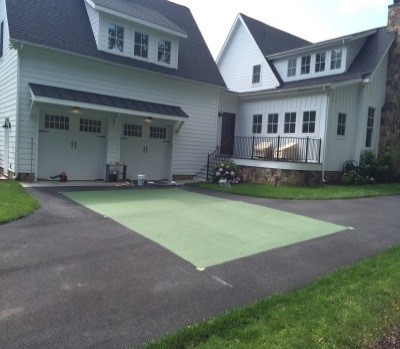 The next morning they located the corners of the court and snapped chalk lines for the sidelines, service line and kitchen. After following the PicklePave mixing directions, they poured out some of the ready-to-use acrylic paint and rolled the first coat onto the court. 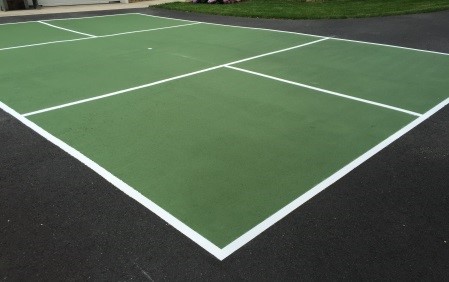 After applying a second thin coat and letting it dry overnight, they re-marked the playing lines with a chalk line,  then taped and trimmed the line tape, added a coat of Line Rite Tape Sealer, and hand-painted the playing lines. The only thing left was to peel up the tape around the lines and the court was complete!

While not tournament approved, the court turned out beautifully and has provided countless hours of fun for Randy’s family, friends and neighbors – so much fun that after playing on his court, two other nearby families installed driveway courts of their very own.

Picklepave Court Surfacing is an excellent surface for any pickleball court, whether indoors or outdoors. Pickleball Central’s sister company, Pickleball Station, selected a commercial version of PicklePave called PlexiPave for our four state-of-the art indoor courts. Since opening in May 2017, Pickleball Station’s courts have received excellent reviews from the many players making Pickleball Station their home court of choice. 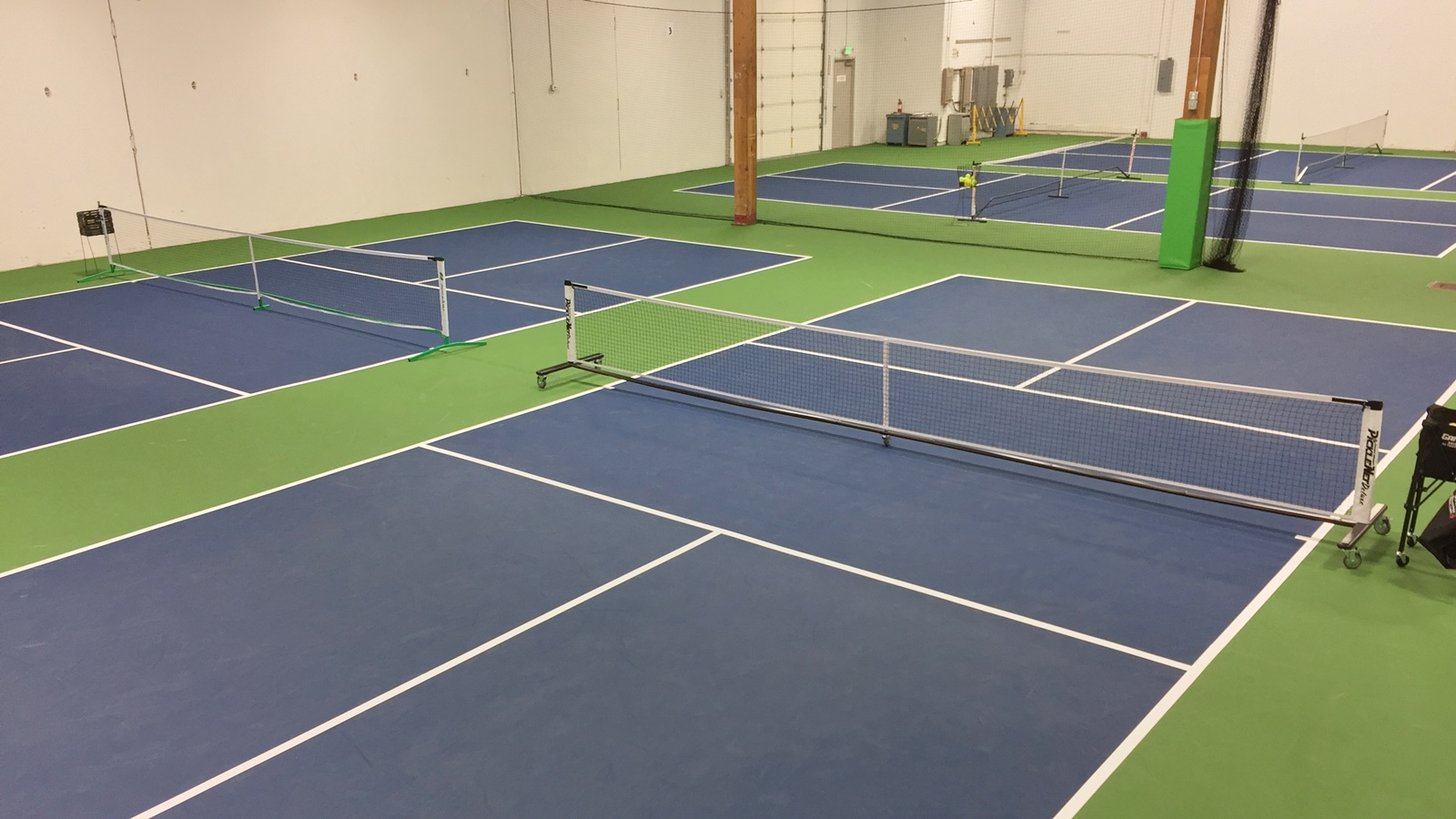 For people looking for a pristine, smooth, and perfectly level court, Randy recommends working with a certified court builder. But for those looking to create a place to play the game you love on a tight budget, you can quite easily turn your driveway into a pickleball court. To watch a video showing step-by-step instructions for how to surface your own courts, visit our PicklePave court surfacing product page to learn more.